Nino Leitner, Editor in Chief cinema 5D, wrote in his laudation of the cinema 5d Best of Show NAB 2018 award (category create): "What’s remarkable about the Chrosziel solution is its extremely small size and elegance, the quietness and simplicity of it. It also loops through the LANC information from a handgrip like on the FS7, meaning that you can use the zoom rocker on the handgrip as well as the start/stop or menu buttons. It’s self-calibrating as well. It’s clear that Chrosziel is on a mission to motorize the zoom lenses from all kinds of manufacturers, and we like how they are doing it."

It adds only indispensable weight to the setup. It contains one digital servo motor, the gear and a PCB with CPU in one single housing. The mounting of the Zoom Servo Drive makes the operator’s workflow comfortable. Just three captive screws are needed to mount it onto the Zeiss Lightweight Zoom (LWZ.3).

Until today, zoom servo drives were operated either by the inbuilt zoom rocker or external zoom devices. A second handgrip controls the camera settings or user commands. Both units are separated from each other and cannot be operated by one single hand. With the CDM-LWZ3-Z Chrosziel was able to unify both functionalities into one single unit. Supported are the smart grips of the Sony PXW-FS5 and Sony PXW-FS7 or any LANC compatible zoom rocker.

For operation the power cable is connected and the two Jack cables with the handgrip and the camera. Once powered the zoom servo drive calibrates automatically the end stops of the lens. To further support the operator’s piece of mind Chrosziel implemented the so called “Soft Ramping”. Instead of having the zooming suddenly and unexpectedly stop, the zoom gently slows down the movement of the lens at the end stops.

By using a LANC device the operator may build his or her setup, like shoulder, Steadicam or Gimbal applications. Thus, the CDM-LWZ3-Z makes an all-day companion for the Zeiss Lightweight Zoom LWZ.3 21-100 mm/T2.9-3.9 T zoom lens (ZEISS LWZ.3) and gives the camera operator the freedom of creativity needed. Control commands (e.g. menu / user buttons / focus magnification / camera run & stop) are immediately looped through to the camera via the LANC protocol. 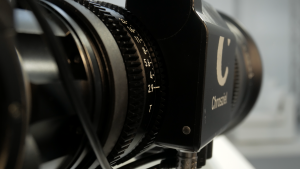 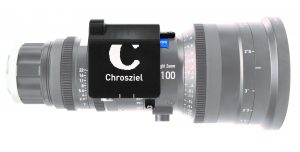 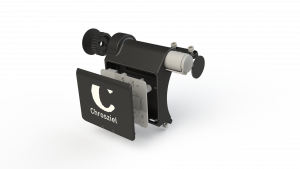 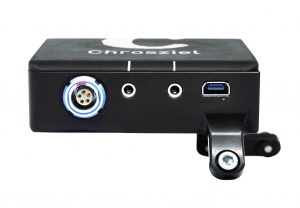