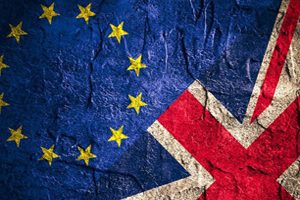 The cost to the EU is due to direct supply chain impacts of as much as €62bn, combined with the direct impact on trade, according to research from UK-based think tank Oxford Economics.
The latest analysis incorporates the impact on businesses that may not directly trade with the UK but supply inputs to companies that do.

The cost to the EU is due to direct supply chain impacts of as much as €62bn, combined with the direct impact on trade, according to research from UK-based think tank Oxford Economics - Brexit to cost the EU £100bn Click To Tweet

While these supply chain impacts will effectively double the cost of a hard Brexit across the EU, certain nations, such as Ireland, the Czech Republic and the Netherlands look to be most affected.

Meanwhile Stephen Phipson the new chief executive of the EEF, the UK manufacturing organisation, today told the Financial Times that he felt a two-year transition was not long enough to reach a settlement on Brexit. “Two years is really challenging, so we do need a standstill for longer,” he said in his first interview with the FT in his new role.

This concern was shared by business leaders in the UK, with reports yesterday suggesting that mid-sized companies fear Brexit will have a negative impact on their businesses over the next two years.

This coincides with a speech made by Donald Tusk, European Council president, today, suggesting that if the UK changed its mind on Brexit, there would still be a place for it within the EU.
If the UK government decides to stick to its decision, he said, then Brexit will become a reality, “unless there is a change of heart among our British friends”. Tusk referred to a quote from Brexit secretary David Davis, stating that if a democracy can’t change its mind, then it ceases to be a democracy, and he ended his speech by stating “our hearts are still open to you”.