Cinesite Studios turned to Qumulo to leap over technical barriers in its creative workflows, and deliver exceptional imagery for blockbuster motion pictures faster than the studio ever thought possible.

Cinesite is a leading digital entertainment studio with credits on animated feature films such as The Addam’s Family, Extinct and Riverdance and VFX projects such as Avengers: Endgame, Rocketman, The Witcher, and the James Bond movie franchise. The company employs nearly 1,000 digital artists and staff, who work from offices across London, Montreal, Berlin, Munich, and Vancouver.

Cinesite’s existing infrastructure included a newly-installed but older generation storage technology from another provider that supported approximately 500 render nodes in the Montreal data center, and a workflow that leveraged AWS for occasional overflow rendering. 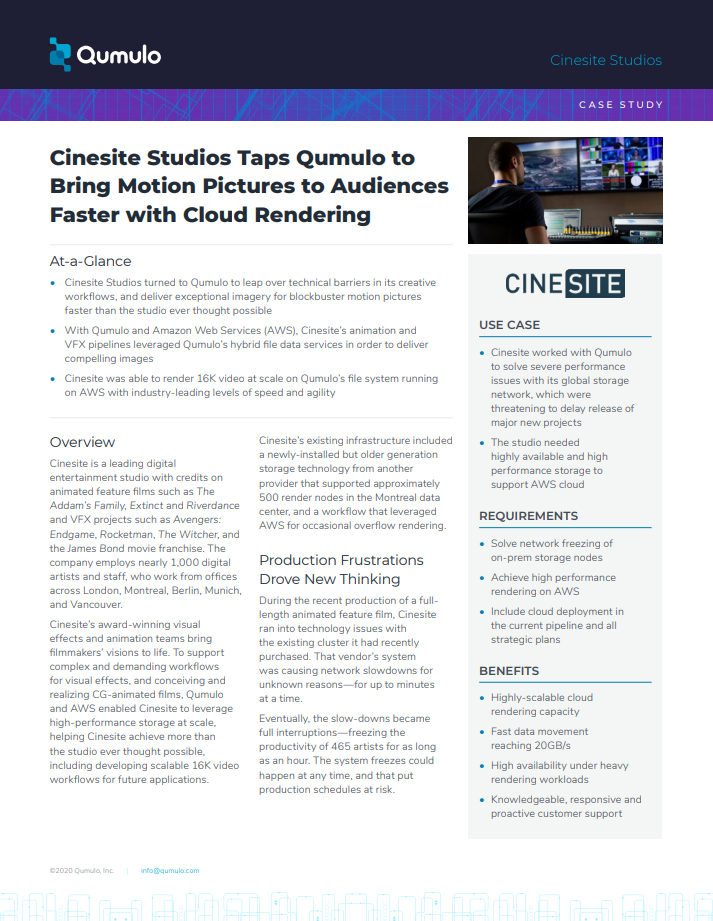