The Evolution of Entertainment Business Models 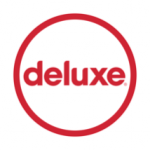 It is no secret the media and entertainment marketplace finds itself in the midst of the most tumultuous time in its history. Headlines blare of mergers we thought we would never see, growth rates of young companies continue to defy expectations, and business models remain in a constant state of flux. Technology has democratized content distribution, creating a whole new set of challenges, along with a multitude of opportunity. Those who succeed in this marketplace will be those that can not only create great content but create agile business models founded on data with the ability to quickly scale.

What has become clear is that there is no longer a clear delineation between content creator and distributor. The industry leaders, or those who seem to be in the position to lead, can be grouped into three types: 1. Distributors with large install bases of users; 2. Creators with unique and valuable content and IP that attracts large, loyal audiences; and 3. OTTs, or “the new creators”, that have transferred their customer reach from a different business model to gain distribution advantages. What is common between all three groups is that they are starting to do it all – technology, distribution, and content – no matter which side of the triumvirate they started on. What’s more, they are increasingly using their very advantaged positions to create and acquire even more original content creating a virtuous cycle, attracting more consumers and revenue.

Distributors: Taking a closer look, there are companies, new and not so new, that have built up or acquired large distribution footprints. The most effective distributors are large, nimble, and borderless; however, many of the traditional distributors are geographically bound (other than the very largest) and have not yet tried to extend beyond their borders. This is perhaps due to the need to focus resources on fighting for their existing customers and revenue, and the inhibitive costs and risk inherent in branching out. It is these traditional distribution companies that are likely the most vulnerable if they do not start changing their model. Previously insulated customers have access to alternative content and distribution that is stealing attention, offering better experiences, and better pricing. It is only a matter of time before we will see the live event advantage disappear. These companies have the opportunity to take cues from their larger counterparts and leverage their existing customer base today to pivot into a new model.

Creators: With more content being created, getting content seen is becoming an even more difficult task as distribution and promotion are massively fragmented. Creating great content and leveraging highly in demand IP is still a skilled advantage few have. Increasingly, we are seeing those with the expertise leverage it to gain or take more direct advantage of distribution. Content creators previously satisfied with selling to distribution, in one model or another, are recognizing the advantages of direct distribution and investing in technology and consumer acquisition to prepare for the inevitable point when the decreases in revenue from traditional distribution models and growth in direct distribution revenue cross. That said, we know content is still king. Time and time again, we have seen that consumers will seek out in-demand content and this will prove to be a massive advantage for the best creators of content and owners of rights and IP.

OTTs/”The new Creators”: Finally, that bring us to the OTTs. To say the leaders, or soon to be leaders, are “pure plays” in the OTT space is likely a misnomer. With one clear exception: the majority of premium video streams, now and into the future, come from companies whose core business has nothing to do with making or selling feature films or episodic content. They have smartly taken advantage of massive existing audiences, technology skills, and data to become great content makers. They are fueling content development like we have never seen before and that is a boom for the industry, and for consumers. They are loaded with cash, increasingly own their technology stacks from creation to screen, and are extremely nimble compared to entrenched players. Some will talk of peak TV, but when the business model of the companies making the content is predicated not on tickets, advertising, or direct sale of the content via EST or subscription, the creation model for these OTTs looks a lot more like a venture capital portfolio where one hit, and a few also rans, more than returns the investment of a higher-than-average cancel rate.

To date, the full stack companies have had the clear advantage as smaller companies have not had the wealth of tools needed to connect data of their workflows to be more efficient and smarter from post production to screen. With the growth of IP video consumption, smaller companies have had one of two options: hand their content over to a third-party portal and hope it is monetized adequately, or invest heavily in proprietary hardware, software, and new workflows that will need to be constantly updated to keep up with an ever-changing landscape.

Creators and distributors no longer have to make that choice. A new wave of data-based workflow tools, such as our recently launched Deluxe One platform, are coming to market enabling this new wave of storytelling and monetization.

With Deluxe One and other platforms like it, creators and distributors can quickly and efficiently stand up their own applications to distribute content using third party platforms to manage all of the content transformation, localization, and delivery for all formats and screens anywhere in the world. Moreover, they can now capture the once fragmented data to ultimately drive more informed upstream decision making and optimal workflows.