IABM has recently produced a detailed media technology report for its members on the latest initiatives and deployments of cloud. What follows is a summary of its key findings.

When looking at the use of cloud through the lens of the BaM Content Chain®, each content chain block already has a wide range of deployments and use cases – and the speed of adoption is increasing.

In Create, the cloud can significantly influence cameras and other equipment used in content creation. Several camera manufacturers have integrated cloud capabilities into their offerings to enable news and sports broadcasters to improve the time to market of their content. These solutions allow users to either ingest the content directly from the camera to a cloud-based management system or to stream it live to various platforms like social media and apps. For example, as early as 2013, JVC partnered with Zixi to integrate cloud-based networking and transport features into JVC cameras. JVC and Zixi expanded their partnership at IBC 2018 “to better provide broadcast-quality streaming services to education, sports, religious, government, and other non-broadcast storytellers”.

The advent of the cloud (and smartphones) has also allowed the emergence of mobile news journalism. Solutions such as Broadcast.me enable content creators to shoot video through smartphones and then send it via mobile networks to production and content management systems operating in the cloud. This significantly lowers costs as camcorders, edit bays and live production trucks are not needed in this model. Some broadcasters like NDTV have already made the switch to mobile journalism.

In Produce, the cloud has the potential to really disrupt current workflows from video production to post-production. Generally, the move to software and the cloud has prompted some suppliers to start offering solutions that cover the end-to-end production workflow – including post-production and, possibly, content management. A good example of this is the 2018 launch of the Virtual Production service by Sony. At IBC 2018, TVU Networks launched a similar solution – Producer TVU – to cover live multi-camera events through an end-to-end cloud-based production workflow. This includes cloud-based switching, editing and streaming to multiple platforms.

Manage is the top area of application for cloud technology. As content has become a global business, the rise in localization requirements has favored a gradual move of these solutions to the cloud. Major providers in this arena include Deluxe – which acquired cloud-based service provider Sfera in 2016 – and Zoo Digital. When it comes to media asset management systems – which sit at the center of media workflows – efficiencies gained can translate into savings throughout the content chain. For example, workflow orchestration can drive efficiencies in other functions through business rules that flexibly align costs with demand. Although workflow orchestration and media asset management have been historically separated, there is a trend towards making them work together more closely as the data produced by asset management systems can drive more effective business rules. 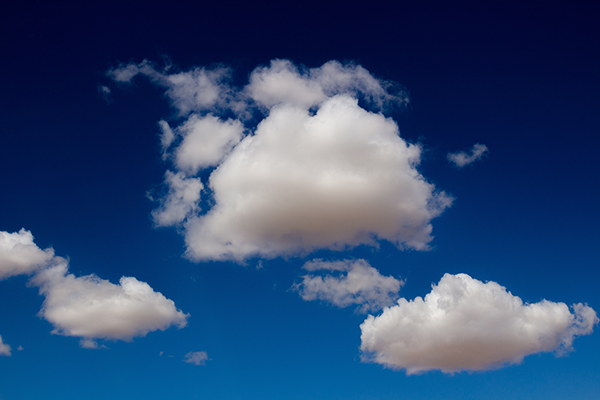 In Publish, media companies that have adopted cloud can now deliver content to hundreds of distribution platforms across traditional broadcast, OTT platforms and mobile devices. Cloud playout allows broadcasters to introduce new channels on an OPEX basis rather than investing in hardware. In 2016 Discovery began adopting cloud-based playout as a part of its strategy to virtualize the whole content supply chain. In June 2018, Quest, the U.S. broadcast network, fully adopted cloud-based solutions for playout management and traffic and, thanks to a partnership with WideOrbit and Amagi, expanded its distribution by over 52% in less than two months.

In Monetize, the cloud enables better accuracy in targeted advertising. For example, AWS Elemental Media Tailor is a monetization service that enables personalization of ads for users across multiple devices. In 2018, Accedo launched targeted advertising solutions to support AR using the API of AWS Elemental Media Tailor. Accedo integrated the AWS solution into its platforms to provide targeted advertising without sacrificing broadcast-level quality-of-service. Netflix also decided to adopt the AWS cloud solution in order to increase the volume of data it was handling.

In Consume, Pay-TV operators are nowadays embracing a cloud-based user interface (UI) model that allows them to quickly respond to changes in viewing habits and deliver to new viewing platforms. Cloud UIs can support the full end-device ecosystem, including tablets and mobiles. The ability to present a different UI to each device gives more options to Pay-TV operators to better suit viewing habits.

In Connect, the cloud can significantly accelerate the secure transfer of large media files from a local facility to the cloud as well as in hybrid and multi-cloud environments. However, bandwidth pricing and the cost of data transport are major issues that broadcasters face when moving to the cloud – no broadcaster wants to be shown a huge bandwidth bill. Costs increase as more and bigger data packets are transported around the internet on backbone networks, fiber in ground and over subsea cables. However, the cost of cloud computing services is steadily falling.

In September 2018, Cloudfare – a CDN supplier – established the Bandwidth Alliance, which aims at cutting or waiving bandwidth costs for mutual customers of different cloud providers such as Google Compute Platform, Microsoft Azure and IBM Cloud. The Bandwidth Alliance tries to facilitate the adoption of multi-cloud solutions by enabling customers to choose more freely any cloud provider for a particular job independent of its type (e.g. storage, computing, analytics) without being concerned about the cost of moving data between different clouds.

Artificial Intelligence (AI) is strongly intertwined with the cloud, and it is increasingly used to solve more challenging technical problems such as compressing video files without compromising quality. At IBC 2018, V-Nova introduced its PERSEUS Plus and Pro video compression solutions, which deploy AI. V-Nova already has a wide range of customers, some of which are satellite firms such as MeaSat and NovelSat. Bitmovin also introduced an AI-powered encoding technology in 2018, and its customers already include Sling, ProSiebenSat.1, FuboTV, RTL as well as an OTT service iflix, which uses Bitmovin’s encoding to deliver TV shows, movies and sport in HD video over low bandwidth mobile networks across the Middle East, Africa and Asia Pacific.

In Store, the cloud enables the use of more flexible and efficient hybrid storage infrastructures as well as elasticity to handle fluctuations in media companies’ capacity needs. Hybrid cloud infrastructures can also significantly reduce operating costs when the most frequently accessed data is held on-premise, minimizing downloads from the cloud. The leading public cloud storage service providers today include AWS, Google Cloud and Microsoft Azure, and the pricing varies by volume, region and incremental costs for individual operations (e.g. transfer, retrieval).

In Support, cloud computing enables instant delivery, virtualized workflows and top end security. Cloud-based monitoring services are also increasingly popular among media companies, particularly in the OTT space. With the emergence of OTT and direct-to-consumer (DTC) business models, networks are becoming larger, more complicated and more distributed. This makes it difficult to see across systems and locations and convert raw data to real, actionable knowledge. Hence, there is an increasingly wide range of AI-driven cloud monitoring solutions available on the market enabling media companies to fix streaming quality interruptions in minutes instead of hours. For example, Conviva’s Ecosystem Module – an AI-powered notification system – dispatches alerts to partner CDNs by itself, which enables quality issues to be repaired immediately as well as the analysis the overall performance.