Es’hailSat, the Qatar Satellite Company, is a communications satellite operator headquartered in Doha, Qatar. Es’hailSat was established in 2010 to deliver services to broadcasters, enterprises and governments in the MENA (Middle East and North Africa) region and beyond.

With the goal to become a world class satellite operator and the foremost satellite services provider in the MENA region, Es’hailSat launched its first satellite, Es’hail-1 in 2013 and positioned it at 25.5 E orbital spot. Es’hail-1 started commercial operations with the region’s best known and premier media networks, beIN Sports and Al Jazeera Media Network. Es’hail-2, the company’s second satellite was launched in 2018 and entered commercial operations in early 2019 and is located at 26 E orbital position.

Having both Ku-band and Ka-band payload on satellites co-located at 25.5 E / 26 E broadcast hotspot enables Es’hailSat to provide the region with the most advanced and sophisticated services including broadcast, telecommunications and broadband. Es’hailSat’s expansion plan will continue with newer state-of-the-art satellites in other prime orbital locations around the globe, offering customers the most flexible and reliable services. Es’hailSat is adopting the concept of “world-wide footprints” through partnerships with leading regional and international satellite operators around the globe. 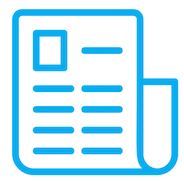