Compliance logging and monitoring methods have changed forever with the advent of Artificial Intelligence (AI). With AI shaping up most of our world’s technology, Digital Nirvana upgraded its flagship product and delivered MonitorIQ which is AI-empowered and records content from any point in the video delivery chain. It also allows the operators to record, store, monitor, analyze, and repurpose content quickly and efficiently with minimum clicks. 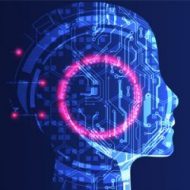 From a storage standpoint, we have an archiving feature, which could be optional, and other solutions come standard on ours, the MonitorIQ. This solution can use Amazon’s S3, some locally to a SAN or NAS, and be able to — not only be able to archive that content out but also to bring it back in, which is just another kind of feature for the MonitorIQ. Usually, when you archive off, it’s kind of off of that session, off of that kind of compliance system. But we could bring it back in with all that metadata from an archiving spectrum.

And then the third real part is our integration with Digital Nirvana’s  MediaServicesIQ, which brings those microservices such as speech-to-text, object recognition, and other AI-based services that help generate metadata for our customers’ content. So that integration with AI and the cloud is kind of just another computing metadata generation. I hope that kind of answers that question.

A- We don’t really support at this point. I’m really — we can capture content from anywhere in the delivery chain, whether it’s post-production, such as an SDI feed or after encoder, which could be AI, I mean, IP, ASI, but it could be a DVB-S from a satellite, could be off-air, could be posting set-top-box HDMI component, that could also be from an OTT standpoint, could be an HLS feed, but really anywhere from post-production to almost customer acquisition, anywhere in that video delivery chain, we can accept natively too.

A- Let me take first, the channel — how many channels can we do. It’s almost a limitless number of channels in use on the system. The way we’ve designed and architected the system, it really just scales up almost infinitely, because of the way the system is designed. But from a channel density on a per-server, that’s really dependent on the storage — how much storage that you want to put like. I have customers that want to store content for seven years. So that kind of limit the number of channels, or if a customer wants to do the full resolution of storing content, they want that output to be at 1080i or 720p at a higher bit rate that can also impact the channel density on a per-server basis. But again, typical, I see around anywhere from 12 to 20 HD channels per server anywhere on that end and then SD and HLS are exponentially higher.

A – Yes, the painful Windows. So that’s kind of one of the big differentiators for the Digital Nirvana MonitorIQ system. It’s all based on Linux. So when you get those Windows updates that have to happen, those critical Windows updates that happen every Tuesday, it seems like there is always a report of Windows having some sort of malware that kind of really doesn’t exist in the Linux world. No people are really building out there – or hackers are building malware really targeted at Linux systems. So that’s one critical, right? And updates for Linux are kind of what we call plug-and-play architecture where Windows you have to usually do a reboot. And any reboot means you’re not recording your content. Linux is kind of a live plug-and-play where you update that component, and then it just keeps working, the system keeps working, all the other devices and services keep running.