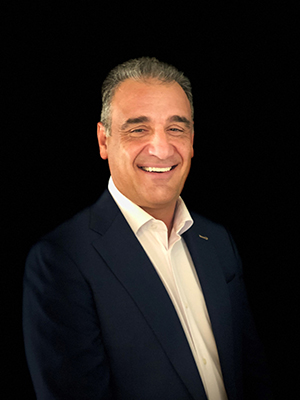 Redondo brings more than 30 years of experience in the telecommunications and television industry to Agile. As Executive Chairman, he led Alcatel (today part of Nokia) in Iberia and Latin America, exceeding two billion euros in turnover with more than five thousand professionals, and later the integration of Alcatel and Lucent in Iberia, undertaking the deployment of four IPTV networks in parallel. As CEO of Amper (listed on the Continuous Market) he undertook an important internationalization role, and as CEO of Altitude Software he led its evolution towards the world of SaaS in Customer Relations

Hernán Scapusio, co-founder and until now top executive of the company, will continue as president of the company, contributing to the orientation of the strategic plan and support for execution, focusing on corporate development

Redondo will be responsible for managing and accelerating the growth that Agile has experienced in recent years, with a turnover of 55 million euros in 2021 compared to 20 million euros during the previous year, with a considerable progression in the last quarter of the year, and with a portfolio of orders of more than €280M with contracts between 3 and 8 years

Bilbao, 19 May 2022 – Agile Content, a company listed on BME Growth and a leading provider of digital TV and video distribution solutions, has appointed Alfredo Redondo as the company’s new CEO. One of Redondo’s duties will be to promote the 2022-2024 Strategic Plan and consolidate the company’s business after the significant growth in recent years.

The co-founder and until now the company’s top executive, Hernán Scapusio, will continue as President, contributing to the orientation of the strategic plan and support for execution, focusing on corporate development,facing the OTT market consolidation options.

The incorporation of Alfredo Redondo reinforces the strength and excellence of the management team to continue promoting the outstanding development that the company has experienced in recent years, both organically and because of the materialization of relevant corporate operations. In 2020, Agile acquired Edgeware, the main Swedish video distributor (the first takeover bid on Nasdaq carried out by a BME Growth company). In 2021 it took over the television business of Euskaltel, R and Telecable, among other operations.

In addition, this decision, in accordance with good corporate governance, comes at a good time for the company, which in 2021 had a turnover of 55 million compared to 20 million the previous year, with a considerable progression in the last quarter of the year, and with a portfolio of orders of more than €280M with contracts between 3 and 8 years

According to Hernán Scapusio, president of the company, “In the next 5 years, more than 80 million Europeans will adopt new fiber connections, in a highly atomized and fragmented European market. Our goal is that all these connections are accompanied by a television service with high technical performance, available to everyone and that enriches the audiovisual experience. With the incorporation of Alfredo, the company continues to be committed to a management team of excellence, with extensive experience in the sector and relevant success stories. In this new stage, I will continue to watch over the interests of Agile, the relationship with the markets, financing, and activities for the consolidation of the OTT market. Agile is facing a unique opportunity together with a very good competitive position”. “Alfredo Redondo’s extensive experience in the sector will allow us to continue expanding our position and our client portfolio and tackle new projects that continue to drive our growth.”

According to Alfredo Redondo, “Agile Content can be defined with three words that tell us that it is in a growing sector: content, television, and technology. Therefore, it is a pleasure to join a project with a brilliant present and with ambitious goals. I offer the company my experience, my desire to learn and my passion for leading the evolution of companies with talent as a main asset. It is a planned process, which has been carried out at a time when things are going well, and with good prospects in the short and medium term”.

The incorporation of Alfredo Redondo is immediate and until the month of September there will be a transition period in which, together with Hernán Scapusio and the entire management team, the management will be progressively assumed.

Alfredo Redondo has a long history in technology companies. His basic training is Telecommunications Engineering (UPM, Spain) to which he added two master’s degrees, one in Satellite Communications (IRET, France) and another in Business Administration (IESE, Spain). His career began at Alcatel (now integrated into Nokia) as a Development Engineer and went through different responsibilities until he became Executive President for Iberia and Latin America, exceeding two billion euros in turnover with more than five thousand professionals. After the merger of Alcatel and Lucent (which invoiced one billion euros for Iberia), he led Iberia’s operations as Executive Chairman as well. It should be remembered that, during that time, Alcatel-Lucent played a leading role in the first IPTV deployments in the world in general and in Spain in particular, undertaking the deployment of four IPTV networks in parallel. He later served as CEO at Amper, leading the internationalization of this IS/IT solutions integrator with its own developments in Defense, Security and home solutions. Finally, and as CEO, he led the internationalization and evolution to the SaaS model in the cloud of Altitude Software, developer of Software solutions for Customer Relations. Parallel to these positions as an Executive in these large and medium-sized technology companies, Alfredo Redondo has contributed as an advisor to other initiatives and today is part of some Advisory Councils. Very committed to the sector, he has been an executive member of the Spanish associations AMETIC and Digitales. Alfredo takes on the challenge of Agile Content to enrich people’s TV experience through a neutral platform called to lead the market in Europe and Latin America.

Agile Content is a leading provider of OTT / digital TV and video distribution solutions, with a specialized portfolio of products and end-to-end solutions for telecommunications and media companies. With a presence in 25 countries and a team of more than 300 video engineers and specialists, its modular technology serves more than 50 million broadband homes worldwide and enables companies to offer high-quality television services and focused on customer satisfaction. Agile TV is the television service offered by Agile Content to clients of MásMóvil, Yoigo, Apple TV, Guuk, Parlem, Euskaltel, R, Telecable, R, Virgin Telco, RACCtel+ or Sweno from El Corte Inglés.