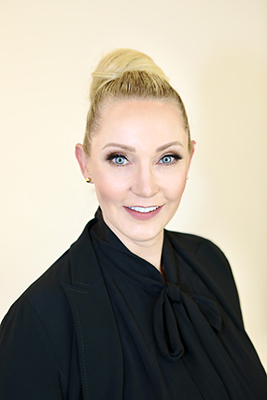 Australian-born, Estelle has enjoyed a successful career in the United States with roles at some of the most prestigious media, entertainment, and product companies in the world such as The Walt Disney Company, Apple, and Logitech. During her time at Apple Estelle was employed as a senior manager overseeing worldwide product development and marketing of professional video applications including the management of technologies such as XML, FxPlug, Workflow Extensions, and Apple ProRes and ProRes RAW. Most recently Estelle was Vice President of Marketing at Frame.io, a cloud-based video collaboration platform.

Estelle has developed world-class software and services, and managed multiple hardware and software products and teams around the world. She has worked with major broadcasters such as ABC, NBC and CNN, with film companies such as Sony and FOX Studios, as well as many popular Influencers and YouTubers.

In the role of Chief Product Officer, Estelle will have responsibility for all Atomos products with a focus on evolving software and services. Estelle will support Atomos founder, Jeromy Young, in execution of his vision and will be based in Silicon Valley, California.

Jeromy Young, Atomos Founder commented, “This is a big day for Atomos, Estelle and I joined forces for the launch of the original Atomos Ninja, the first Apple ProRes and ProRes RAW recording device. Estelle worked on the initial launch of ProRes RAW and ensured our ecosystem was supported within the Apple software suite. She also worked with Atomos to bring 8K ProRes RAW to market. I’m very excited to have Estelle join our team. We have both been at the forefront of the evolution of digital video, and we have more incredible solutions to bring to fruition in the coming years.

Estelle MacGechie, said: “I am thrilled to be joining such an energetic and passionate team. Atomos provides creative professionals incredible technology that ensures their customers have high quality, easy to use, and more affordable production systems. It is exciting to see the Ninja V+ and the Ninja Stream compliment the Atomos evolution, and I am very excited to be able to help play a part in allowing content creators unleash their creativity.”