Tyngsboro, Mass. – June 21, 2022 – The Museum of Civilizations of Europe and the Mediterranean has built its reputation by combining historical exhibits with social commentary to tell the story of this rich basin of civilization. The Museum recently enhanced its storytelling capabilities with the addition of a Broadcast Pix MX Hybrid Integrated Production Solution.

Most of the museum’s equipment is dedicated to its auditorium, which hosts more than 200 events annually – including exhibits, conferences, and concerts – with many of them recorded for archiving and on-demand viewing purposes. The museum had relied on a Broadcast Pix Mica system since its inaugural opening in 2013, but the team realized it needed an upgraded solution as its production needs expanded. 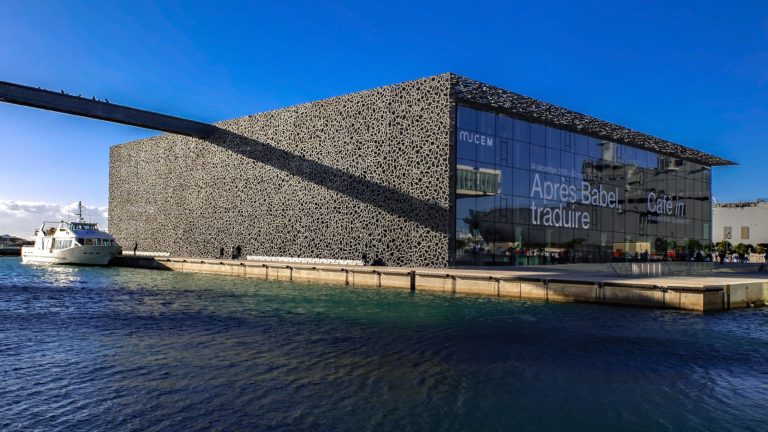 The Broadcast Pix system was selected for its flexibility and performance, according to Eric Moncho, Auditorium and Events Manager at MUCEM. “This new system allows us to capture events in the auditorium in SDI and NDI for the highest level of production and distribution flexibility,” Moncho said. “Now we have a system capable of controlling our NDI cameras in all our rooms from the same studio.”

The Auditorium configuration is based on six cameras: three older SDI models and three newer NDI models, the specification for delivering and receiving high-definition uncompressed video at the lowest latency among other NDI-compliant networked devices.

MUCEM has several rooms including eight main areas with capacities between 300 to 1300 people, which are generally recorded with a single camera. The museum’s recording schedule was accelerated by the pandemic when attendance was either prohibited or limited to online viewing. Using the new MX Hybrid allows the museum to reinforce the single camera system with the three additional NDI cameras.

The sale and installation were managed remotely by Broadcast Pix dealer partner SAV, a provider of audio-visual solutions for the corporate and TV/radio broadcast markets. SAV worked closely with Broadcast Pix to ensure MUCEM had the right solutions for its current needs and future exhibits.

“This hybrid production and streaming solution is a perfect fit for the museum’s exhibition and content plans,” said Carlo Bolognesi, EMEA sales manager for Broadcast Pix, “It gives them infinite flexibility to record events, stream them seamlessly and present their mission in the highest quality – and it can grow with them as their plans evolve.”

Founded in 2002, Broadcast Pix™ offers the complete toolset required to make great programs, elegantly integrated and easy to use. Our integrated production solutions feature patented control and automation technologies, plus the BPNet ecosystem that provides cost effective, secure cloud services for backup, control, and collaboration. Broadcast Pix is proud to have more than 5,000 government, broadcast, live event, and visual radio customers in more than 100 countries. Learn more at www.broadcastpix.com.