4 April 2019, London – Forbidden Technologies plc (AIM:FBT), the developer and seller of market-leading cloud video platform Blackbird, is pleased to announce that Gfinity, one of the world’s leading esports companies, has extended its Blackbird partnership for a further 12 months.

Gfinity designs, develops and delivers esports solutions for game publishers including Microsoft and EA Sports and rights holders such as F1 and the English Premier League. It specialises in creating entertainment-based content to support tournament and competition play, enabling deeper fan engagement with teams, the players and the game. Gfinity utilises Blackbird to rapidly log and clip video content from the live streams of its events that feature games like FIFA 19, Street Fighter V and Rocket League. Once logged and clipped using Blackbird, game highlights are distributed across multiple social channels including Gfinity’s gaming portal for fans worldwide to enjoy. 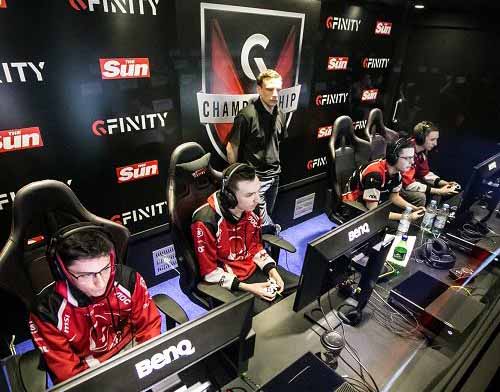 Gfinity was Blackbird’s first customer in the rapidly expanding global esports industry when it used the technology to create highlights of Gfinity’s Elite Series, filmed at the Gfinity Arena, which features the world’s leading esports teams. Blackbird has subsequently expanded its involvement in the esports industry into the US where it was used to drive fan engagement for the live pro-celebrity Fortnite event in Los Angeles in 2018.

Ian McDonough, CEO of Forbidden, said: “Esports is a rapidly growing sector, with revenue expected to reach almost $1.8 billion in 2022 and we are delighted that Gfinity has expanded its relationship with Blackbird. It is an industry which plays to Blackbird’s strengths – the need to rapidly log and clip game highlights for distribution across websites and social media channels is key to audience engagement. Esports is an exciting sector where we see more opportunity to increase the take up of Blackbird.”

Graham Wallace, Global Chief Operating Officer, Gfinity said: “Esports is one of the world’s most exciting and fastest growing industries. The core fan base is young and demanding. They want high-quality real-time content that tell stories about the games they love and the teams and players they follow. This ‘reason to care’ content is what we create and through our partnership with Blackbird ensure it is seamlessly delivered in the best format for their different devices. An esports revolution is taking place, great content is king and Gfinity is at the epicentre.”

Gfinity joins a growing number of Blackbird users in the global live events sector including MSG Networks, IMG and Deltatre. In other markets, the Blackbird cloud video platform is used by major media companies such as Peloton, BBC, TownNews and Atlas Digital.

Blackbird is exhibiting on the Microsoft booth (#SL6716) at this year’s NAB Show in Las Vegas from 8 to 11 April.