Continuing a proud history of inventing technologies such as spectral editing, introducing machine learning into pro-audio and defining modern dialogue noise suppression, CEDAR Audio is again proud to announce another world first – this time designed to change the way in which it’s possible to record in noisy environments.

Available initially as a module in its latest CEDAR Trinity 5 long-term recording, monitoring and enhancement system, Isolate™ makes it possible to isolate individual sound sources in noisy environments. However, unlike previous technologies that require large arrays of matched microphones to try to focus on individual speakers, CEDAR’s microphone array is smaller than a beer mat, and even smaller devices from other manufacturers can also be used. Furthermore, Isolate can identify and output multiple speakers simultaneously, allowing users to hear and record whole conversations taking place in noisy environments. 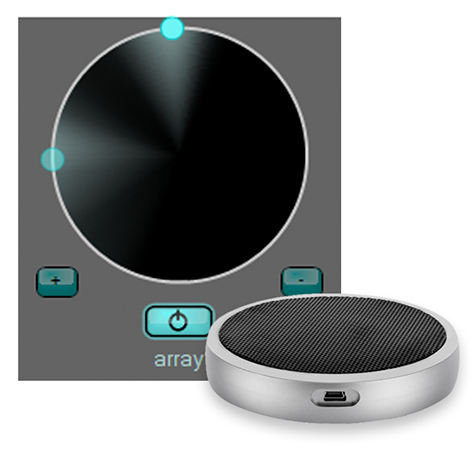 It’s a revolution in audio technology and again it comes from CEDAR.

CEDAR Audio’s Managing Director, Gordon Reid, explains, “The human auditory system has a remarkable ability to focus its attention on one or more sound sources in a noisy environment, which is why it’s possible for us to have a conversation in a space such as a club or a restaurant. Unfortunately, some of the information that enables the brain to perform this task is lost when audio is picked up and recorded using microphones, so recording in noisy environments is often unsuccessful.”

“We began to look into this problem in 2008 and, when the first results of our source separation project were heard in 2013, it was clear that we were developing something with enormous potential in many fields. We even created a sister company, AudioTelligence (based nearby on Cambridge University’s West Cambridge site) to further develop the technology and to address commercial fields outside of our traditional areas of operation while, at CEDAR, we continued to develop it for the pro-audio and security markets.”

“The next job was to marry the underlying source separation with our new ‘direction of arrival’ system, which makes it possible for users to choose which sounds they wish to isolate. Not only that but, unlike existing beamforming systems, we can identify and isolate multiple speakers simultaneously, outputting a clean signal containing all of the people in a conversation. If you don’t know about beamforming, this is a technology for steering a virtual microphone in a known direction. Isolate is completely different – it decomposes an unknown soundfield into distinct sources of interest without the user having any prior knowledge of the locations of the speakers or, for that matter, other sounds of interest. Each has its uses, but Isolate overcomes the practical limitations of beamformers and significantly outperforms what they can achieve over short and medium distances.”

“It’s also totally different from noise reduction, where you’re trying to remove the noise from a signal that already contains it. With Isolate, you’re pointing the recorder at the wanted sources, stopping the majority of the environmental noise and other unwanted sounds from reaching the recording in the first place. It’s possible that, in years to come, people will be amazed that recording audio in noisy environments wasn’t always done this way!”