Nevada City, California, November 17th, 2021 — Wowow was Japan’s first private satellite TV station, established in 1991 and the first 24/7 high-definition broadcaster in Japan. Wowow now offers three HD channels (general entertainment, news, sports, and movies, plus one 4K channel over satellite and OTT to a subscriber base of over 2.5 million.

The recording center at Wowow used Telestream Pipeline, a previous generation network capture device used to move SDI and tape-based media in and out of file-based workflows, for many years as their standard appliance for SDI capture of sports broadcast recording. Wowow wanted to refresh the capture solution to allow ingest and output of newer formats, especially HD and 4K resolutions, while also supporting new remote production workflows. To accomplish the tasks, Wowow invested in three of Telestream’s Lightspeed Live Capture C4 systems. 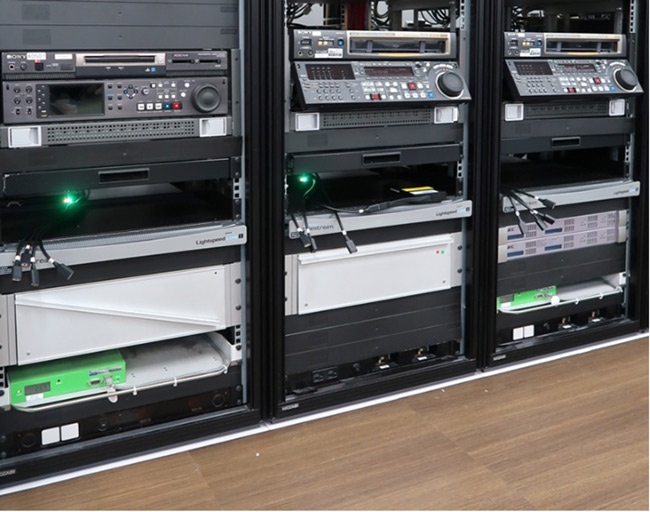 Wowow looked at several candidate solutions, but the track record of Lightspeed Live Capture being used by major networks to support remote production from sports events such as the world cup and summer games was a major factor in Wowow’s decision. With the help of Itochu Cable, a Japanese Telestream reseller, it became clear that Lightspeed Live Capture was the ideal product to replace and enhance their video capture systems.

Lightspeed Live Capture C4 supports up to 8 channels of HD inputs in a 1RU appliance allowing an incredibly efficient use of rack space. It can also capture two 4K channels at XAVC 60P, which enables Wowow to capture content for their 4K channel. The ability of Lightspeed Live Capture to record files locally and to a remote drive, with immediate access once the event has finished, was a significant benefit to the team. Being able to natively transcode the captured files to whatever editing format is required adds additional operational efficiency for Wowow.

“Although the compact 1U housing is the same as our previous solution, the number of input channels has doubled. Thanks to the new rewrap option, our work time has been reduced by half compared to before,” commented Tomohiro Kurose, recording center manager for Wowow. “Material is now available with almost no waiting time after recording. It is also popular with the production staff. Also, it is a very meaningful equipment upgrade because it can be used for editing inside and outside of company. Operators appreciate writing to the recording server and to an HDD simultaneously when recording the line.”

For over 20 years, Telestream® has been at the forefront of innovation in the digital video industry. The company develops products for media processing and workflow orchestration, live capture, streaming, production, video quality assurance, virtual events and video hosting, content management, and video and audio test solutions.  Available on premises or in the cloud as well as in hybrid combinations, Telestream solutions make it possible to reliably get video content to any audience, regardless of how it is created, distributed or viewed. Telestream is privately held with corporate headquarters located in Nevada City, California and Westwood, Massachusetts.