Lawo’s exhibition setup at this year’s Prolight + Sound (PLS), booth C28 in Hall 8, will focus on IP-based products and solutions for theater and live applications. In a hands-on environment, visitors can experience Lawo mc²audio consoles and Lawo IP routing systems as well as Lawo’s video processing units and audio-over-IP interfaces, including A__stage, the new members of the A__line family of WAN-capable stageboxes.

On show in Frankfurt will be an IP-based, 48-fader mc²56 audio production console of the 3rd Generation. This mixing system is optimized for today’s IP-video production environment, designed from the ground up for networking in complex production infrastructures, with full native support for SMPTE 2110, AES67 / RAVENNA, Dante and MADI audio streams. Its renowned, best-in-class networking performance rises to even greater heights thanks to unique new capabilities such as IP-Share gain compensation and Dynamic Surface to Core Allocation (DSCA). Because reliability is paramount, the console’s local I/O provides dual-redundant IP network interfaces for simultaneous, identical, connections to the Nova73 router, in line with the SMPTE 2022-7 “Hitless Merge” standard for stream and port redundancy. Comprehensive local I/O includes 16 Lawo-grade Mic/Line inputs, 16 Line outputs, eight AES3 inputs and outputs, eight GPIO, and a local MADI port (SFP).

Also on display in Frankfurt will be Lawo’s mc²36 all-in-one live mixing desk in a 24-fader frame, with a comprehensive feature set covering broadcast, theater, houses of worship, live and installed-sound applications. Its uncompromised sound quality and Lawo-grade mic preamps offer unprecedented value. A powerful DSP micro-core with an internal 512×512 port audio matrix and integrated I/O make it ideally suited for permanent installations where space is at a premium. The mc²36 integrates seamlessly into IP infrastructures, thanks to native AES67 / RAVENNA networking technology.

Visitors to PLS can learn more about Lawo’s V__pro8 8-channel video processing toolkit, which accepts different video formats as well as MADI audio signals. High-quality format conversion, color correction as well as audio embedding and de-embedding make the V__pro8 a compact and powerful video processor, building bridges between different worlds and formats. A high-density MADI audio connection provides efficient video-to-audio bridging within the studio infrastructure. The V__pro8 works as a flexible matrix system: using its 8 x 8 video matrix and 384 x 384 audio matrix, it is possible to switch any signal to any other. A modern GUI based on HTML5 provides an effective interface for easy handling of day-to-day work.

Introduced last September, the A__UHD Core is a network-based, software-defined audio DSP engine with unparalleled processing density that takes Lawo’s mc²56 and mc²96 consoles into an altogether new dimension. Utilizing the IP network as an extension of the console core’s backplane, Lawo’s UHD Core can be located anywhere on the network. Its ultra-high processing density with over 1,000 fully featured, mc²-grade DSP channels can either be utilized by a single mc² console for coping with even the most challenging productions or be shared amongst up to four consoles. Thanks to a flexible licensing model, the A__UHD Core is ideal for both mobile applications and facility use. For mobile productions the scalable DSP performance with temporary licenses is a great way to turn CAPEX into OPEX. In facility applications, the possibility of resource pooling and flexible allocation of DSP resources to multiple consoles can significantly increase the utilization of the audio infrastructure investments.

The Lawo Power Core is a networked 19”/1RU Audio Processing Unit with unprecedented processing capacity providing 96 fully-equipped DSP channels, 80 summing busses and a 1,920×1,920 routing matrix. The eight slots at the back accept any variety of I/O cards for Mic, Line, AES, MADI and headphone interfaces, which are available alongside the unit’s IP (AES67, RAVENNA) and MADI connectivity. Besides standard audio processing like dynamics and EQs, the Power Core also features advanced audio assist systems like one-touch AutoGain and 32 instances of AutoMix for automatically maintaining the balance of open mics. The included touch-screen GUI building software VisTool allows for routing, mixing, processing and integration of 3rd party web interfaces in an intuitive and customizable graphical user interface. Alternatively, the Power Core can be paired with Lawo’s ruby hardware audio mixing panels with 4-60 faders per unit. The Power Core’s DSP resources are sufficient to drive multi-room installations.

Another highlight in Frankfurt will be Lawo’s VSM Control and Monitoring system, which is in operation in countless broadcast, live and install environments, from cruise ships (Quantum class of shipping company Royal Caribbean) to auditoriums and lecture halls (e.g. German and European Parliament). VSM is a brand-agnostic control system that brings all of the devices in a facility into a single, unified control environment.

All Lawo IP products are future-proof and based on open standards. They also comply with the roadmap of the AIMS industry association. 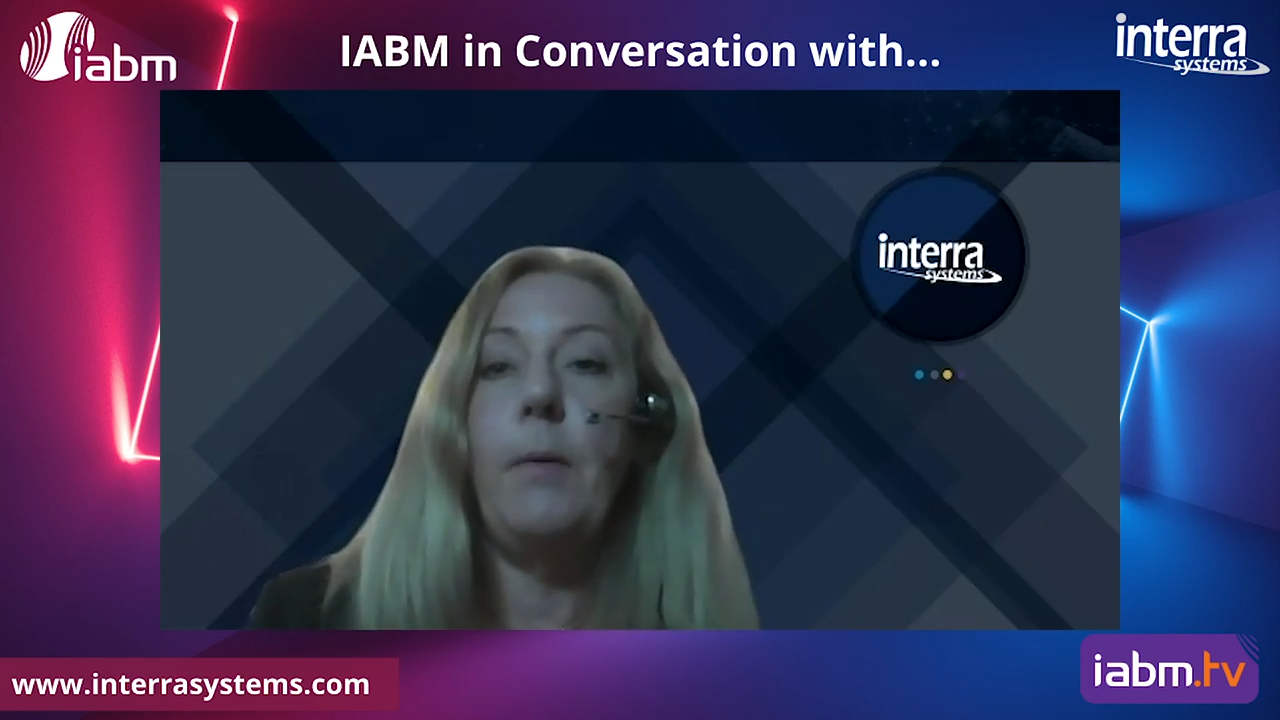 In Conversation with Interra Systems

In this IABM TV interview, Penny Westlake (Director Europe, Interra Systems) discusses some of the new solutions and updates to existing solutions that Interra is offe... 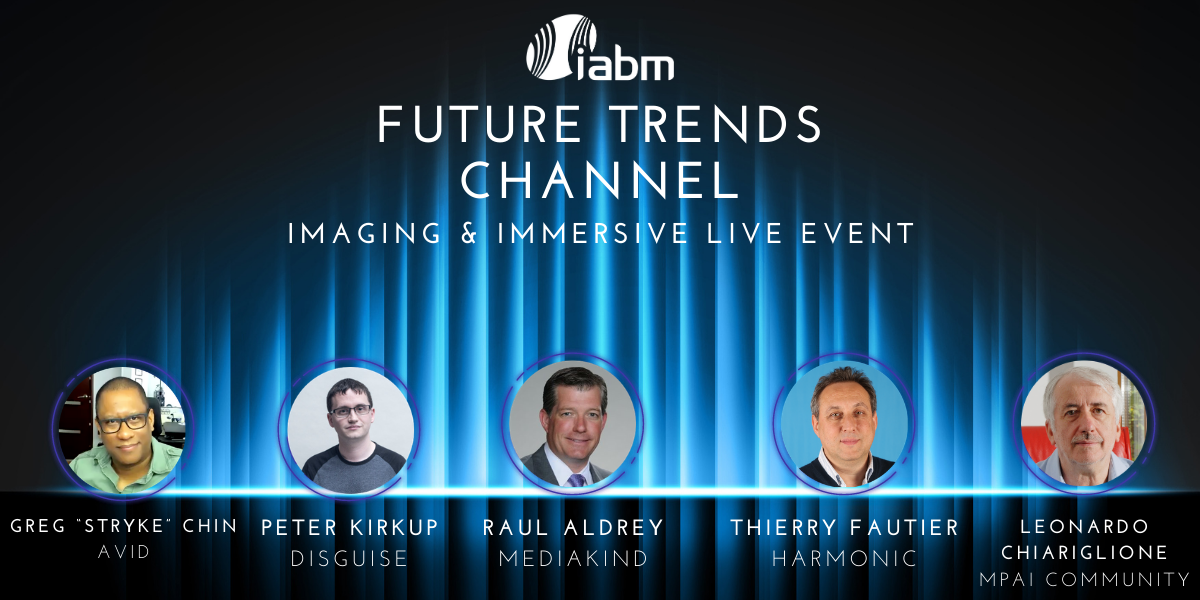 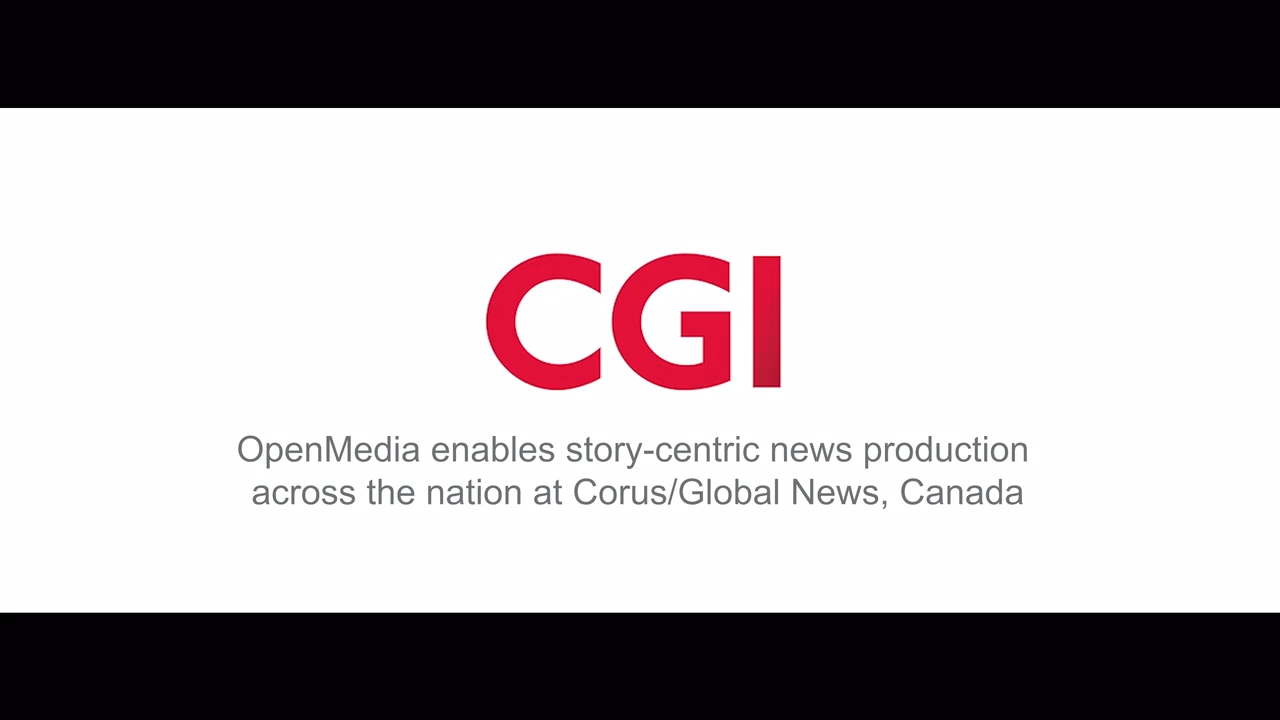 OpenMedia enables story-centric news production across the nation a...

Video from CGI7 days ago

This presentation will explain how 5G creates a new ball game in many domains. The high-speed network capability of 5G will enable UHD experiences, multi-view in HD, a...

This presentation will explain how we can deliver new interactive and immersive experiences that will change the way live sports and entertainment are consumed. Attend...