The Mauritius Broadcasting Corporation (MBC) is the national public broadcaster of the Republic of Mauritius, including the islands of Mauritius, Rodrigues and Agalega. MBC is based in Moka with another station on the island of Rodrigues. Broadcasting in 12 languages, MBC provides 23 television channels and 7 radio channels across the country.

MBC was looking for a way to ingest live feeds of the 2019 Indian Ocean Island Games (IOIG) in Mauritius and approached Jasco to recommend and install a solution that could record material live from up to eight HD-SDI feeds. With MBC being a user of Avid products for over 10 years, including Avid NEXIS network storage and Avid Media Composer, the recording solution needed to integrate easily into their Avid-centric workflow. 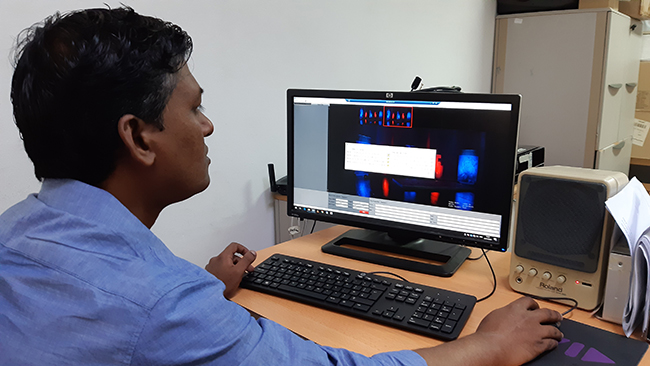 Having integrated Bluefish444 products in the past, Jasco suggested MBC install Bluefish’s IngeSTore Server for their requirements. “The Bluefish IngeSTore Server is an amazing piece of technology, so it was a simple choice to make when we had to propose an ingest solution,” said Jonathan Smith, Technical Manager of Jasco. “The ease when installing and integrating the server into existing infrastructure, and robust recording ability is what made all the difference. When you have no file corruption and no dropped frames on recordings, and no ingest fail during the whole IOIG event, the product speaks for itself. Definitely not the last Bluefish IngeSTore Server we will be installing.”

The Bluefish444 IngeSTore server was a good fit for MBC’s eight channel requirement, with two servers each supporting four 3G/HD/SD-SDI inputs. IngeSTore server can encode files to a long list of industry-standard file formats and codecs, including XDCAM MXF which is what MBC uses in their Avid workflows. The Server comes standard with a dual 10Gb network interface to integrate directly with network-attached storage such as Avid NEXIS. IngeSTore Server enabled MBC to record directly to NEXIS as XDCAM MXF and then to start real-time editing the files in Media Composer whilst the four simultaneous recordings continued. The Edit-While-Record (growing files) workflow was enabled on two of their NLE systems connected to NEXIS via Bluefish’s BlueRT plug-in for Avid Media Composer.

With Bluefish SDI solutions driven by 12-bit video processing precision together with the extremely reliable and robust IngeSTore rackmount server hardware, the IngeSTore Server ensured that MBC’s recorded content retained its acquisition quality throughout the live production of the IOIG.

Jasco integrated the IngeSTore Servers into MBC’s existing facilities with the assistance of Bluefish providing a remote commissioning service to MBC and Jasco. With the IngeSTore Server connected to their SDI sources and the Avid NEXIS storage devices, MBC could record their files directly to the storage via their 10Gb network, removing the need for time-consuming copies and data management they had with their previous capture workflows. MBC was able to use the BlueRT-enabled Media Composer systems to get a head start on editing the incoming feeds immediately from the network storage, while the event and recording was still ongoing.

Arvin Leeladhur, Broadcast Engineer at MBC, found the system easy to use and it withstood the rigours associated with working at live events. “We found the IngeSTore Server to be extremely reliable and robust in our usage,” Arvin comments. “Being able to immediately gain access to the files within Avid Media Composer from the NEXIS storage devices made our workflow much more efficient and easier to manage.”

After their successful production during the Indian Ocean Island Games, MBC continue to use the IngeSTore Server for their other live events. “We found the whole experience with Bluefish to be great, and look forward to working with them again in the future,” says Arvin.