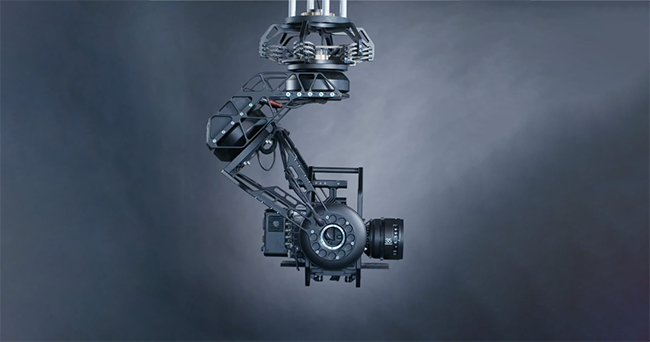 London, UK, 13th January 2022: Mo-Sys Engineering (www.mo-sys.com), a world leader in image robotics virtual production and remote production, has announced the availability of its ground-breaking G30 gyro-stabilized head. The unique design has been refined using extensive real-world experience resulting in a stabilized head that has the performance of much more expensive systems, but with the usability and ease of setup of much simpler gimbal devices.

Key technologies designed based on early adopter feedback, include:

The goal of Mo-Sys in designing the G30 was to make a gyro-stabilized head that would meet the needs of any broadcast or movie application; simple setup and operation, minimised complexity by negating sliprings and counter-balance weights, and support for the widest range of camera payloads.

At the heart of the G30 is a unique 45˚ frame geometry, large enough to accommodate any camera rig including large ENG cameras and complete digital cinematography camera rigs. The short, stiff frame provides rigidity for camera payloads up to 30kg, with high-torque direct drive motors for smooth, precise movement along with excellent stabilization. The result is a gyro-stabilized head that has complete freedom of pan and tilt in any configuration, along with ±45˚ roll.

“In conversation with early adopters, the feedback was for simpler operation and faster setup,” said Michael Geissler, CEO of Mo-Sys. “In response, we modified elements of the design, such as the frame size, but we also took the opportunity to suggest some smart technologies we were developing. These were well received and so were also implemented into the G30 design”.

“One of these is the balance assist feature which enables an operator to balance each axis in isolation while the remaining two axes hold the camera, significantly reducing the setup time,” Geissler continued. “Another is inertia sensing with pre-sets for various camera packages, along with recallable custom settings for previously used camera packages.”