“At 13.6 metres long and weighing 26 tonnes, OB24 is one of the largest vehicles in our fleet,” comments Aras Kriaučiūnas, Head of TVC’s Projects Management Group. “Equipped with 24 dedicated workplaces, it comprises a camera control suite, a slow-motion video effects facility, two production galleries, an audio control suite, plus an apparatus and server room. OB24 is a no-compromise vehicle designed to handle simultaneous feeds from 28 cameras. Colour matching that number of sources during a large-scale OB requires very careful signal monitoring. Four Leader ZEN-series LV5350 portable 12G/3G/HD/SD-SDI waveform monitors were chosen for the camera control suite plus a ZEN-series LV7300 rasterizer for the main production gallery.” 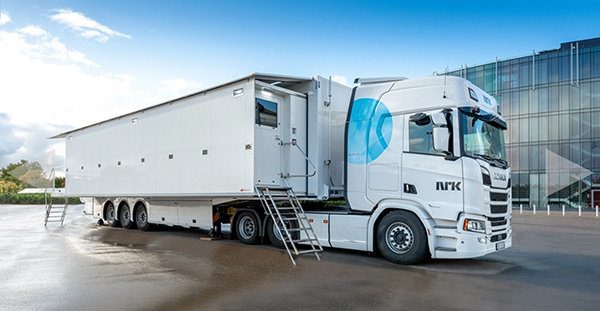 “Leader test instruments have become the preferred choice for many OB fleet operators and production facilities,” adds Leader Europe Managing Director Koichi Fukagawa. “Recent examples include TVN’s UE6 4K HDR OB truck, Mediapro for its UHD coverage of the UEFA Champions League Final in Madrid and dock10 for its 4K/UHD and HDR-capable grading and finishing areas at MediaCityUK. Our strategy is to provide all the test and measurement capabilities required to meet current broadcast media standards and, at least as options, the features needed to ensure new creative content is as future-proof as possible.”

The LT4610 is a 1U x 400 mm front-to-back 3G/HD/SD multi-format video sync generator. Test patterns available from the LT4610 include 100% and 75% color bars, multi-format colour bars and SDI check fields with user-selectable scrolling in eight combinations of up/down/left/right. Scrolling speed is user adjustable from 1 to 256 pixels or lines. Y/G, Cb/B, Cr/R components can be turned on or off independently for each output channel. The LT4610 has a genlock input and can be synchronized with NTSC/PAL black burst or HD tri-level sync signals. Standard support for SNMP via Ethernet makes it easy to integrate the LT4610 into a network environment. Alarms are generated with SNMP and displayed on the front panel when errors do occur.

Designed for use standalone or in combination with the LT4610, the LT4448 is a changeover unit that automatically switches from the primary signal to the backup signal when problems are detected in the primary signal. A single LT4448 provides 11 channels which can receive LTC, SDI, NTSC/PAL black burst, HD tri-level sync, AES/EBU digital audio, and word-clock signals. SDI signals are switched with relays. All other signals are switched with electronic switches.
Redundant power supplies are included.

With more than 150 OB vehicle projects and 60 studio installations completed since its establishment in 1996, TVC (www.tvc.tv) is one of Europe’s fastest growing independent systems integrators. Among regular projects are systems design, equipment supply and integration of television and radio studios, master control rooms, playout systems, news rooms and archives. A special focus is paid to outside broadcast van projects with a track record of over hundred OB vans supplied to clients across Middle East, Africa, Asia and Europe. 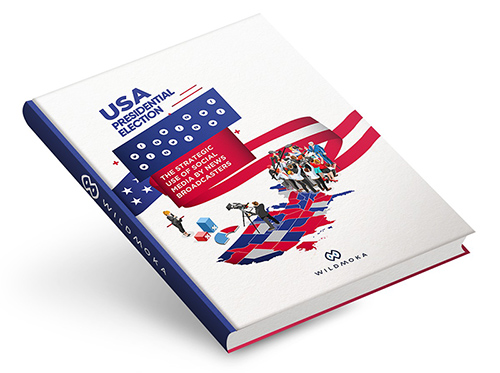 Case Study from Wildmoka31 days ago