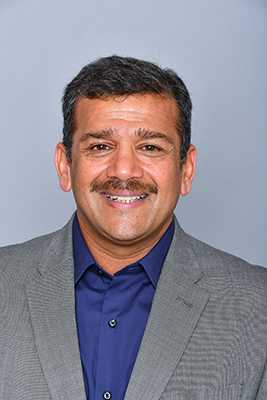 Arjun was most recently the Senior Vice President of Technology at Twentieth Century Fox/Disney. In that capacity, he was responsible for setting the technology direction for Motion Picture and TV Production, post production, digital content processing and downstream distribution, and digital archiving. In addition, he was responsible for outlining and defining the next generation workflow throughout the organization, as well as the introduction of new technology and toolsets into the production.

He has more than 25 years of experience in the industry, and was previously with Deluxe’s EFILM facility. Prior to that, he worked with Warner Bros.’ Technical Operations and Feature Animation.

Arjun is an active member of SMPTE, IEEE, and has chaired and contributed on a variety of technical committees and standards. He holds several patents in the area of Digital Image processing and Media Post Production. He is also a member of the Academy of Motion Picture Arts and Sciences, a member of the Academy’s Scientific and Technology Council and, a fellow of the Society of Motion Picture and Television Engineers.

“We are delighted to welcome Arjun to OWNZONES where he will play a key role in ensuring our technology stack meets and exceeds customer demands and expectations,” comments Dan Goman, CEO, OWNZONES. “People of Arjun’s caliber, experience, and connections appear rarely in the industry and we are enormously excited to be working with him as OWNZONES seeks to further build upon its already strong position in the media technology marketplace.”

OWNZONES Entertainment Technologies is a leading cloud-based video supply chain company that empowers content creators to reach their consumers on a global scale. OWNZONES’ suite of SaaS solutions is built entirely in the cloud and incorporates cutting-edge video supply chain workflows and formats to make the vision for a studio in the cloud a reality. The nucleus of its solutions, OWNZONES Connect™, delivers core competencies in IMF, parallel scaling and geographically-distributed workflows. OWNZONES’ platform is built by a team of experts with decades of combined experience at companies such as Amazon, HBO, Netflix and Microsoft.

Find out more at http://www.ownzones.com