Pebble’s award-winning virtualised IP channel solution, Orca, continues to be deployed by organizations seeking an all IP integrated channel system designed for uncompromised playout from the cloud. There are currently well over 100 Orca virtualised channels on the air, many of which are complex multi-language broadcasts requiring precise synchronisation and comprehensive audio playout rules. Disaster recovery has been a catalyst in the growing adoption of virtualised playout for many companies wishing to “test the waters” when designing and testing an IP and cloud ecosystem, and Pebble will showcase a full business continuity system using Orca in the AWS cloud, fully synchronised with the local system so that channel output and functionality remain the same, even in a disaster scenario.

Whether for a main, backup, or DR system, Pebble’s Lighthouse enables monitoring and/or control from a single, secure, centralised web-based dashboard. At NAB, visitors will be able to see clear and concise exception monitoring lists any errors to provide actionable information on each system, and low latency monitoring using NDIÒ technology which delivers a confidence preview of each system to the Lighthouse UI, without the delays incurred by having to manage compressed video.

Marina is Pebble’s flagship multichannel playout automation system for systems playing out one to hundreds of channels, and is in use at top tier broadcasters around the world. NAB attendees will learn how broadcasters can upgrade or migrate their legacy automation systems to Marina’s powerful automation platform in a managed way. Playout infrastructures can evolve from legacy device control to incorporate new and evolving technologies with minimum disruption to processes and staff.

Dolphin is a compact and cost-effective integrated channel device which operates under Pebble Beach Systems’ Marina automation control. When equipped with the Matrox X.mio5 Q25 SMPTE 2110 NIC card, Dolphin supports uncompressed multi-channel 4K and 25 GbE IP functionality without any increased load to the CPU. Organisations with IP migration plans have purchased Dolphin servers with SDI hardware secure in the knowledge that they can easily install IP I/O hardware, such as the X.mio5, when the time is right for them. Going far beyond typical CiaB (Channel-in-a-box) capabilities, Dolphin also incorporates a series of software plugins, allowing organisations to use their preferred best-of-breed solutions within the integrated channel environment. Plug-ins include Ross and Pixel Power graphics, loudness from the Telos Alliance, live captioning from EEG, and Kantar and Nielsen watermarking.

Further announcements on IP standards development and software plug-ins will be made nearer the show.

When the lockdown notice was officially declared, Pebble Beach Systems teams pivoted very quickly to work from home. As we are a global company, a large number of Pebb... 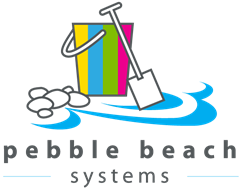 This presentation will be a demonstration of integration and interoperability for all types of multi-platform broadcasting. From scriptwriting to visual and audio mana... 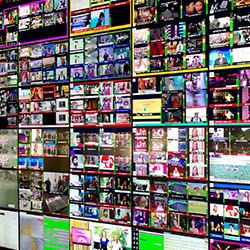 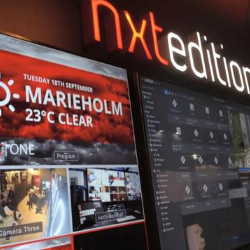 IBM Aspera – Automation paving the way for the future of vide...

In this session, Andrea will investigate the challenges media organisations of all sizes are facing in reliably and efficiently managing and automating vast media libr...