Mega Icons season two features some of the leading icons of the 21st century – Ratan Tata, A.R. Rahman, and Kalpana Chawla (as narrated by her parents)

Conceptualized by National Geographic, the series journeys into the lives and key events of leading icons of the 21st century, interspersed with interviews with them and their collaborators, powerful cinematic recreations, rare archival footage, as well as thorough research and analysis by subject matter experts worldwide. 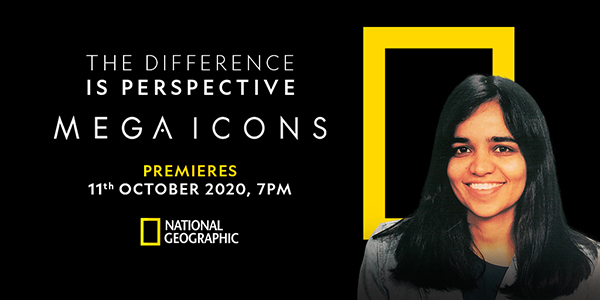 By using the personality’s first-person narrative to bring to life their larger than life persona, Mega Icons 2 is pushing the boundaries of story-telling, delving deep into the key events and life-changing incidents of globally acclaimed icons of Indian origin – India’s ‘Man of Steel,’ and Chairman Emeritus of Tata Group, Ratan Tata, Academy® Award-winning music composer, producer and singer, A. R. Rahman, and the first Indian woman who went beyond the skies, astronaut Kalpana Chawla (as narrated by her parents). This series is aimed to feed the curiosity of discerning viewers, who wonder what made these icons into who they are today.

“Building upon the success of season one, Nat Geo’s award-winning Mega Icons series is back. The series aims to satisfy the curiosity of discerning viewers who want to comprehend the role of life choices and perspective in defining one’s success. PFT with its experience and expertise has been a good partner to bring our vision alive on screen,” said Anuradha Aggarwal, Head, Infotainment and Kids, Star and Disney India.

“Our efforts in Season 1 was to delve into the science behind the making of an icon. Season 2, on the other hand, focusses on one of the most powerful aspects of being human – Choice,” said Paramangsu Mukherjee, Vice President, Creative Services, PFT & Series Director, Mega Icons 2. “We dug deep into the icon’s life to identify choices they made in life’s lynchpin moments that set them on a trajectory. We threaded these choices, these trajectories into a single narrative that defines them. Once we had that, we used the visual grammar from season 1 to tell the story. Symbolic dramatizations, animation, archival footage, in-depth interviews with the icon and collaborators, and props. I think for Mr. Tata’s episode, we traced a car from the 1940s for one shot to deliver engaging and immersive content for Mega Icons 2.”

Added Bhaskar Sitholey, Sr. Vice President, Creative Services, PFT, “Working with National Geographic has always been a creatively satisfying experience for the team at PFT. Apart from Mega Icons 1, which PFT worked on, we also had the pleasure of researching, writing, directing, and producing the gravity-defying visual masterpiece for National Geographic recently – India From Above. We look forward to continuing this partnership to create and deliver compelling content.”

Prime Focus Technologies (PFT) is the creator of Enterprise Resource Planning (ERP) software, CLEAR™ for the Media & Entertainment (M&E) industry. It offers broadcasters, studios, brands and service providers transformational solutions that help them lower their Total Cost of Operations (TCOP) by automating business processes around content and managing their business of content better.

PFT is the technology subsidiary of Prime Focus, the global leader in M&E industry services. For more information visit www.primefocustechnologies.com.