Based in Dar es Salaam, Tanzania, and launched in 2013, Azam Media is a flagship company of the Bakhresa Group and focuses on providing entertaining and informative channels bundled with favorite international channels at an affordable cost to citizens of East African nations. Azam One features local entertainment and Premier League football. Azam Two features international entertainment, while Sinema Zetu specializes in 24/7 bongo movies. 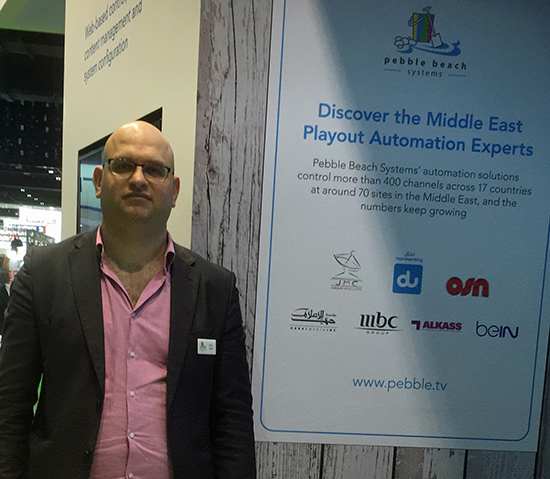 The organisation recently expanded its channel count to 10, and selected Marina to replace its legacy automation and MAM layer. Marina controls legacy Imagine servers for ingest, shared storage and nearline storage, along with the existing Xendata archive and Versio playout devices. The playout chains for the new channels include Harmonic Channelport and servers and MediaGrid central storage.

“Azam Media selected Marina because it offered exceptional operational stability and a modern user interface designed to make their operation as efficient and simple as possible, regardless of the underlying technology being controlled,” said Samir Isbaih, VP of Sales for the Middle East and AsiaPac at CABSAT today.

“Marina is handling all media management, file transfers and playout for Azam,” he continues. “The ability to manage this functionality via a single user interface really increases efficiency for them and avoids the need for multiple databases. Managing multiple locations and multiple technologies, the solution delivers simplified, coherent content management at this key site.”