Cleveland, Ohio (August 2, 2021) –Telos Alliance®—trusted global leader in broadcast audio for more than three decades—announced the integration of Fraunhofer IIS’s MPEG-H authoring workflow into its Minnetonka AudioTools® Server. The toolset is suitable for a wide variety of audio-processing fields and brings numerous benefits to terrestrial, IPTV, and satellite broadcast, as well as pre- and post-production. 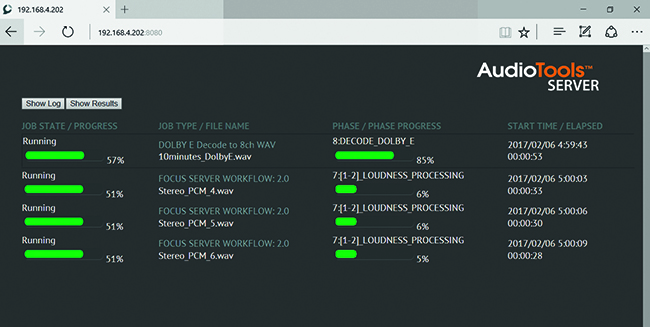 In a constantly evolving media landscape, the task of preparing and broadcasting content is rapidly gaining complexity. Fraunhofer Institute for Integrated Circuits IIS’s and Telos Alliance’s mission is to create new tools and processes that make life easier for media producers and content creators worldwide.

Telos Alliance® is a global leader in audio, trusted by the biggest names in the media landscape. Telos Alliance’s focus is to deliver innovative, intuitive solutions that inspire the creation of the most exciting and engaging audio experiences imaginable. No audio challenge is too big; no technology is beyond reach; no solution, large or small, is unobtainable. The Telos Alliance portfolio of brands includes Axia® Audio, Linear Acoustic®, Minnetonka Audio®, Omnia® Audio, Telos Alliance®, Telos Infinity®, Telos® Systems, and 25-Seven® Systems. Telos Alliance is also the exclusive distributor of Jünger Audio products. Headquartered in Cleveland, Ohio, USA,, the Telos Alliance supports the diverse needs of audio professionals around the world with best-in-class support 24/7.