Viacom International MTS Global Lead Systems Engineer for Studio and Production Technology, Matt Okotie, said, “Using MatchBox, I can sync signals in under a millisecond to ensure that before we go to air, lip sync is correct. This is crucial for any production, but particularly for a live, globally distributed event, so you have to be absolutely sure you get it right. That’s why I leave it to MatchBox. Basically, if MatchBox reads ‘zero’, you know that lip sync is perfect.” 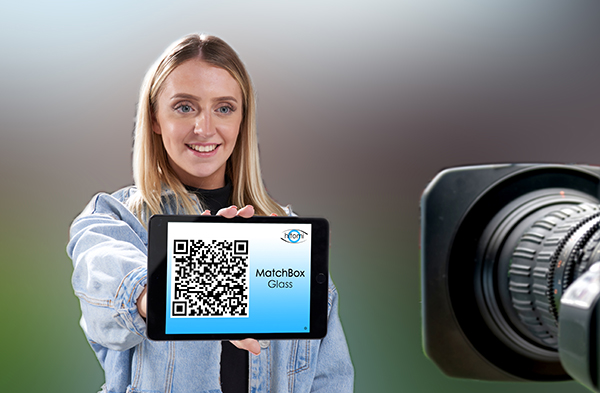 Viacom International MTS used MatchBox to sync its 4K/UHD feed from Seville to London, and then on for a global sync to all the other MatchBox readers around the world.

According to Okotie, “We send the synced 4K/UHD feed to HQ in London, and then down convert that feed to HD and send both UHD & HD for onward distribution. Our MatchBox readers at Viacom and other global broadcast locations pick up both signals. That process is straightforward because MatchBox is backwards compatible with all of our existing technology; and as far as stability, it’s rock solid.”

MatchBox is a favourite of broadcasters worldwide for ensuring the timing of live news, sports, and events. It is a state-of-the-art toolkit that streamlines live broadcast synchronisation and, in addition to intuitive identing; rapid lip sync measurement; audio coherence; and video timing, MatchBox is also a 4K test pattern generator.

Hitomi Broadcast Director Russell Johnson said, “High profile events have emerged as a specialty for MatchBox. Getting lip sync wrong, perhaps most noticeable in live music, can be disastrous on multiple levels, but by deploying MatchBox sync generators and readers, the band can play on without consequence.”

Viacom (NASDAQ: VIAB, VIA) creates entertainment experiences that drive conversation and culture around the world. Through television, film, digital media, live events, merchandise and solutions, its brands connect with diverse, young and young at heart audiences in more than 180 countries.

For more information on Viacom and its businesses, visit http://www.viacom.com. Keep up with Viacom news by following it on Twitter (twitter.com/Viacom), Facebook (facebook.com/Viacom) and LinkedIn (linkedin.com/company/Viacom).