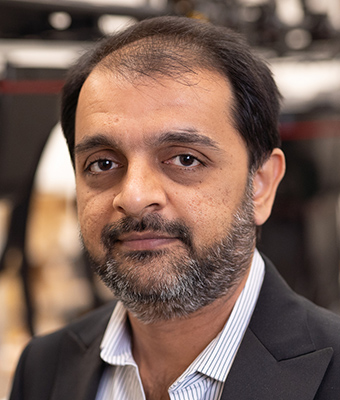 Shotoku Broadcast Systems, the well-established leader in manual and robotic camera support and virtual reality tracking, has announced that it is further expanding the Shotoku UK sales team with the appointment of Vishal Kagdada as Technical Sales Manager.

In his new position, Kagdada will work alongside Clive Mumby, the company’s Sales Manager where he will be deeply involved with all sales aspects of the company’s full range of broadcast robotics products. His responsibilities will include assisting clients to fully understand the many unique features of the Shotoku system, conducting hands-on demonstrations and ensuring customers have the best information available when making decisions on future projects or upgrades.

Kagdada joins Shotoku UK, from his prior position at a precision engineering company in India where he was responsible for sales of advanced manufacturing process machines to clients around the world.  He previously held key a sales role at broadcast news automation company AP selling ENPS newsroom systems.

Mumby says, “I’m delighted to welcome Vishal to the team.  We immediately recognised the important combination of demonstrable sales success and a strong understanding of precision-engineered systems that Vishal has. We know this will help our continued business achievements, as well as assisting our current and future customers around the world.”

Kagdada adds, “I’m excited to join Shotoku, a recognised world leader in broadcast robotics and welcome the opportunity to work with great people and state-of-the-art technology in the dynamic broadcast market.”

Kagdada will be based at Shotoku’s global robotics HQ in Sunbury, UK and can be reached at vkagdada@shotoku.co.uk