OTT and the future of Direct to Consumer Broadcasting

As the ‘Streaming Wars’ continue to disrupt the wider broadcasting industry, it’s a race to the top for traditional broadcasters and content providers who are expanding their offering into the OTT space.

HBO Max broke into the US in May and BritBox expanded into the UK last year. Quibi launched in March of this year, spent $1 billion on original content and subsequently shut down in October. It’s an unforgiving, yet incredibly exciting landscape. Of course, amongst the chaos, Disney have experienced record-breaking growth during the pandemic with their subscription video on-demand (SVOD) offering, Disney+.

Throughout 2020, The Walt Disney Company has been making huge organisational and strategic changes. For much of Disney’s existence, they have prospered through selling Disney original shows and movies to third-party networks across the world. Now, it’s no surprise that they’ve begun the drive towards an entirely focused direct-to-consumer (DTC) model. 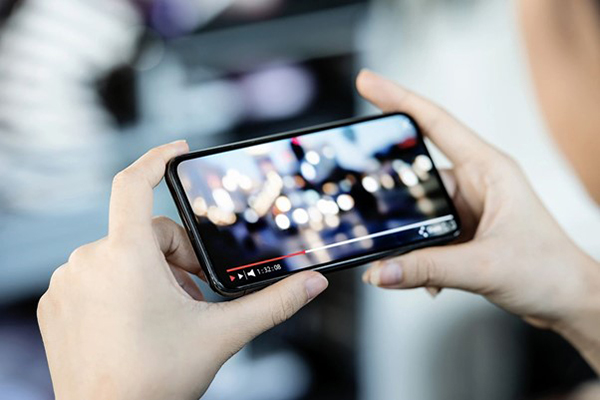 Disney+ has continued to expand throughout 2020 – reporting a jump to 60.5 million worldwide subscribers as of August this year. Believe it or not, the original goal for Disney+ was to surpass 60 million subscribers by the end of 2024. A combination of factors have meant that this milestone was achieved a lot earlier than expected – quality and critically acclaimed content, like The Mandalorian, a worldwide pandemic, a user-friendly experience across multiple devices and an accessible monthly price point.

Disney+ means that The Walt Disney Company is now a lot less dependent on the income from dwindling cable TV audiences, and more solidified in their direct to consumer positioning which guarantees a positive outlook for the future. Some might say they entered the OTT landscape at the perfect opportunity – but only time will tell where it will take them.

A new entrant in the streaming wars is set to launch in the first quarter of 2021 – Discovery+. The new streaming service will encompass content from Discovery’s various channels (Food Network, Quest) and an abundance of brand new, original content for the platform. It represents an ongoing effort by Discovery to reach ‘cord cutters’ who have already severed ties with linear television in favour of on-demand platforms.

The initial model of Discovery+ will play around with both an ad-free tier and an ad-supported tier. The subscription price has been hinted at £4.99/month, but the sponsored alternative gives audiences the flexibility to engage with the service with no tie-ins.

To ensure that discovery+ is a hit with younger audiences, Discovery should actively be on the lookout for original content that will appeal to younger demographics who are more likely to exclusively watch non-linear content. Exclusive documentaries and reality shows have the potential to become viral hits – as we saw with Tiger King on Netflix during the pandemic. It remains to be seen whether the influx of original content can have the same effect, and be enough to tempt the contemporary cord cutters who are already missing out on their linear offerings.

The Power of OTT

There are countless reasons why you should be implementing an OTT strategy for the long term viability of your new and existing content. OTT and on-demand platforms show no signs of stopping – in 2018, 78% of content was streamed via mobile devices, and the outlook has been made even stronger with the advancements of 5G connectivity. Engaging and resonating with your audience through streamed, on-demand content and hyper-targeted advertising is, simply put, the way forwards for the next decade in broadcasting.

Looking to power up your content using OTT and on-demand services? We’re here to help. We have assisted both large and small broadcasters with their move to OTT. At PlayBox Technology UK, we’ve been revolutionising and defining the playout and broadcast solution industry since the mid-2000s with the creation of the Channel in a Box. Need some advice on tackling an OTT strategy? Want to book a free demo to see how our solutions can work for you? Get in touch.