A few years ago, when Nathan Ross decided to start his own post-production company, the most valuable thing he had was insight. After graduating film school in Australia, he’d spent ten years working for production and distribution companies in L.A., during one of the most disruptive decades the industry has seen.

Advances in image resolution, IP and cloud technologies have transformed the content production and distribution process, as well as the way media companies work together. Today, large and mid-size companies regularly outsource post-production to smaller studios that can keep their costs down. And thanks to modern technology it doesn’t really matter where those smaller companies are located. What does matter is their expertise. So, when Ross founded Blackwater Digital just outside of Atlanta, Georgia to specialize in post-production, encoding and worldwide delivery, one of the first things he spent money on was Media Shuttle so he could easily work with clients all over the world. 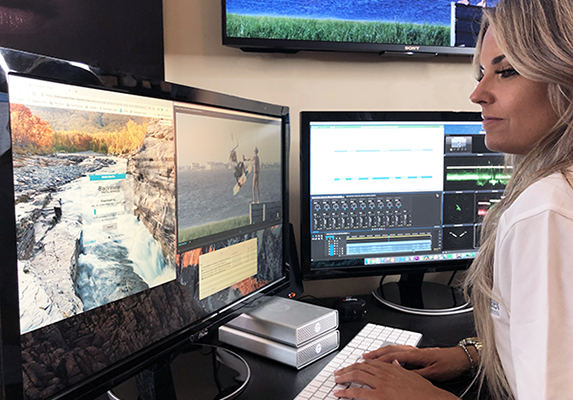 Media Shuttle is Signiant’s SaaS solution for secure, high-speed file movement between people around the world. After only a few years in business, Blackwater is thriving, with clients on both U.S. coasts, the Midwest, and overseas.

“When I started my own company, Media Shuttle was definitely one of the first things I spent money on .” ~ Nathan Ross, Founder & CEO, Blackwater Digital Services

Ross had prior experience with Media Shuttle. He’d used it with various companies but really got to know the solution at Vision Films, where he was responsible for deploying and administering Shuttle. However, he still did his due diligence before acquiring a subscription for his new company.

FTP was a not an option

FTP-based solutions are still remarkably common in the early-stage media startups, but Ross realized that having a secure solution that can handle large files quickly and reliably was a first-order business need. Most modern media workflows have files well over 1GB in size, and if you’re working with HD films and episodic series, files are generally in the hundred-Gig range and larger.

Without acceleration technology, FTP-based solutions are impractically slow when moving anything over 500MB. FTP is also prone to data loss and corruption, not to mention well-known security holes. That’s why many larger companies have effectively banned FTP, requiring post-production studios they work with to use solutions like Media Shuttle.

Blackwater regularly works with clients across the Atlantic, over notoriously shaky Internet connections. Like other solutions in its class, Media Shuttle has the ability to automatically resume file transfers if an Internet connection is disrupted without any corruption or loss of data. But a poor connection still slows down transfers. In these situations, Media Shuttle’s unique SaaS architecture, which allows customers to deploy portals with their choice of cloud storage, circumvents the problem.

“I can easily spin up a Shuttle portal with storage in an AWS region near my client, anywhere in the world,” says Ross. “For example, I just deployed an AWS Media Shuttle instance in Germany. My customer in Lebanon was only getting ~10Mbps from us locally here in GA, but the cloud deployment in Germany is giving them 50Mbps+. It only took me 10 minutes to set up the new bucket and portal. Happy customer!” 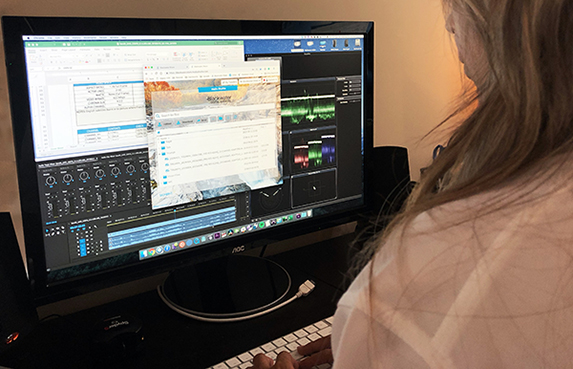 Media Shuttle’s unique SaaS architecture provides the best of two worlds: global access to content, reporting and operations control from a secure web interface, along with complete control over storage type and location. As an independent company, Signiant is committed to storage independence, supporting on-premises file and object storage, public cloud storage from vendors including AWS and Microsoft Azure, as well as hybrid storage solutions where both on-premises and cloud storage are in play. For Blackwater, Shuttle’s architecture allows them to circumvent shaky internet connections across the Atlantic, as well as avoid any client service interruptions.

“I basically have all of my portals local and then mirrored in the cloud. One of the great things about Shuttle is that I can easily toggle the storage from the cloud to my local storage without any client-facing changes.”

Moving a ton of data

Post-production is a long process, with room for a variety of different specialist studios. Blackwater works on the later end of the process, picking up the baton after the rest of the creatives are done, after color, sound and editorial. Their focus is quality control, mastering, and creation of the final deliverables, including any digital cinema, home video or VOD masters that need to be done. They also create ancillary deliverables like closed captioning. All of that requires getting data from the original assets: the audio assets, video assets, the reference files, all of it. The entire process requires moving a ton of data.

“We also receive and deliver a lot of very large feature-length 4K ProRes files, which are about 800 Gigabytes each. Media Shuttle not only allows us to deliver over the Internet, it is incredibly fast, especially for an asset that large.”

Blackwater also has a client-facing portal where they host different ancillary and collateral assets for feature films. It’s basically a self-service stop, where anyone that has licensed a film from one of Blackwater’s clients can pop by and download whatever they need, twenty-four hours a day, seven days a week. Media Shuttle also allows them to preview assets right in the browser before they’re downloaded.

Then, after the data management is done, and they’ve done all the mastering and created any deliverables, they use it to deliver to various destinations, be it directly to a VOD platform, to a broadcaster, to deliver copies back to the client themselves, or to send them off to a film festival.

There are times when Blackwater is just servicing their sales agent clients who have a finished film that only needs asset management and delivery to various licensees all over the world. “That’s another thing our clients like about us,” says Ross. “Because we have Media Shuttle, we don’t have to ship hard drives and we don’t have to wait for bandwidth to open up, we just shoot it off. It’s available within twenty-four to forty-eight hours after the content is ordered.”

“The list of things we use Media Shuttle for goes on and on.”