A first ever combined remote production and centralized VAR contribution network powered by the Nimbra platform throughout the Balkans. Pay-TV broadcaster Arena Sport has gone live on Remote Production for Serbia’s premier league Super Liga at the same time as the Serbian Football Federation (FSS) activated its new centralized VAR system. Net Insight Nimbra is providing secure and reliable live contribution for both those projects simultaneously, contributing critical feeds over IP from stadiums across the region to centers in Belgrade, Serbia. Net Insight Customer Success team assisted the skilled team of the local partner Tera Adria to ensure smooth and timely deployment. 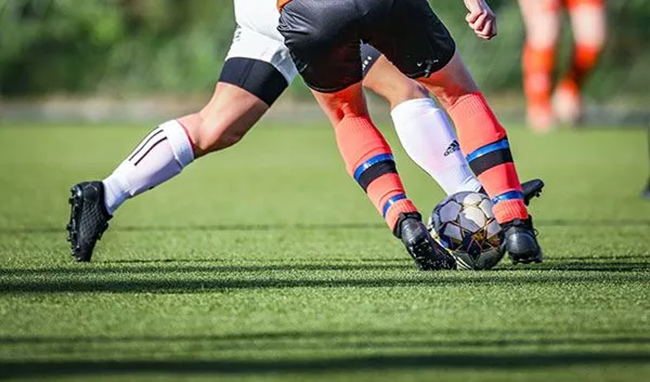 About: The Football Association of Serbia

Fudbalski savez Srbije (FSS) is the governing body of football in Serbia, based in Belgrade. It organizes Serbian football leagues including the Superliga and the Serbia national football team.

Arena Sport holds the prestigious multi-year contract to produce and broadcast Serbian premiere soccer league Super Liga. When it recently won the rights to broadcast NBA and Euronews Serbia in the Balkans it took the opportunity to reassess its approach to production at scale. Shifting from a traditional satellite linked outside broadcast to a remote production model would enable the broadcaster to expand smoothly while gaining immediate cost benefits by contributing all match signals over IP to a central operations hub.

“We are covering several countries and run many sports channels in each of them,” explains Arena Sport COO Darko Petrovic. “Deploying a separate playout centre in each country would be highly expensive and not profitable for us. We had to have a solution which allowed us to have centralised management and easy expansion.”

Arena Sport can base its transmission process toward users and partners on Telekom Serbia’s optical infrastructure.

“We needed a solution to run this complex operation from a single location with minimum staff and yet retain the absolute reliability and high-quality level that live sport broadcast requires.”

With ad hoc production required at live events from multiple stadia over the entire Balkans region the flexibility of solution was important to Arena Sport.

Tera Adria recommended a model based on four identical portable Nimbra 680 kits. These are installed in Arena Sport’s fleet of OB vans for ready plug and play into the stadia’s network. Eight camera feeds including Super SloMo along with AES-EBU discrete audio and IP/Ethernet streams and data are transported from each stadium securely and reliably to Arena’s Remote Production Center where a Nimbra 688 unpacks the media for production.

The Nimbra 688 receives all camera feeds from four stadiums simultaneously (x40 feeds) and sends return feeds back to all four stadiums with the ultra-low latency and visually lossless quality of JPEG 2000 demanded for live broadcast.

Contemporaneously with Arena Sport’s remote production plans, the FSS were exploring solutions to implement a Video Assistant Referee ahead of the start of Super Liga season 2021-22.

With a secure reliable remote contribution network being built out by Arena Sport for coverage of FSS matches, the clear and logical decision was to leverage the same solution to deliver VAR. Crucially, this would also minimize investment and simplify the management of the VAR system for the FSS.

An important reference and proof of concept for the FSS was the national media contribution network based on Net Insight solutions utilized by the Turkish Football Federation to connect 19 football stadiums to a centralized VAR system. It has been in successful operational since the 2018-19 season.

The solution for FSS, once again worked out with Tera Adria and with the help of Net Insight Customer Success team, is to route all camera feeds via Nimbra 688 in the Arena production hub to a Nimbra 680 in the VAR Center, outside of Belgrade, and to feed the cluster of Xeebra EVS servers centralized there. Four live games or 32 camera feeds + 4 program feeds from the Remote Production Control Rooms can be sent simultaneously over the network to the VAR Center with four feeds returned to the ground for officials to review.

The centralized VAR and the remote production solutions running over the Net Insight secured and managed optical network went live in July 2021.

“Working with local Net Insight partner Tera Adria and Net Insight is really an example of how partners in the market business should do,” commends Petrovic. “From the moment of our sending the inquiry, through the presentation and adoption of the solution to the full implementation, we had fast and clear communication.”

“Despite the global pandemic, he says, both companies managed to carry out the projected works and our system for transmission and distribution of the signal in a very short time.”

“Net Insight provides excellent quality and reliability, securing our operations, and Tera Adria provides full technical support 24/7 so we’ve not experienced any interruptions or system failures since going live. It has been a fantastic experience that has opened the space for us to continue cooperation on new projects.”

He adds, “Above all we are now in a position to launch new channels and to deliver more content over the whole region much easier, faster and with much less cost. We have a platform which enables us to react to market needs with incredible speed and with much less effort.”