MediaTech Radar is a bi-weekly newsletter put together by IABM’s Head of Knowledge Lorenzo Zanni. It focuses on a spotlight topic in MediaTech and reflects on a series of past, present, and future business developments in the industry. In this edition, our spotlight topic is NAB Show 2022 Trends.

In this newsletter, I thought that it would be good to structure some of the trends I am looking forward to seeing and discussing at NAB Show 2022. I have selected three below: 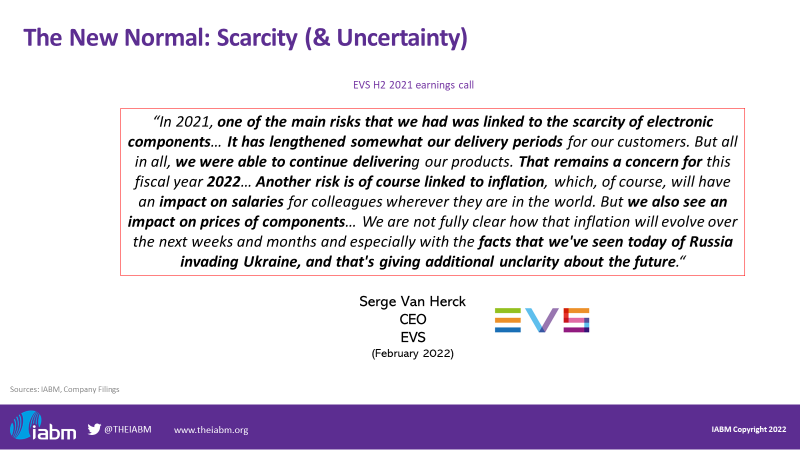 These topics will be examined in our State of the Industry session at NAB Show 2022 so make sure you sign up for it (either to attend in-person or virtually).