This article has been taken from issue 107 of the IABM Journal. The full Journal can be accessed here. 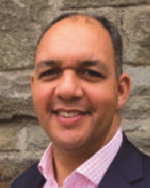 Friend MTS is a UK based cyber-security company that specialises in protecting high-value video content. Many of our customers are sports rights-owners and broadcasters, because arguably sport is the most valuable video content today. We have the largest deployment of live digital watermarking and protect some of the most valuable sporting events in the world.

Friend MTS is a keen member of IABM and finds membership enables us to meet and collaborate with our many customers, partners and in some cases competitors to improve the protection of video content. Because the threats against the industry are dynamic and the threat vectors ever changing, we have to be agile and part of that agility requires that we collaborate with a wide range of stakeholders. 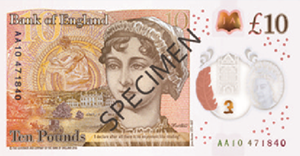 Video Content has followed a similar security evolution path. In 1936 when the BBC first started regular broadcasting unsurprisingly there were no security features on Broadcast TV. The first major industry scare occurred in 1975 when the Sony Betamax video recorders became readily available and affordable. The spectacular success of Pay-TV, and in particular live sports, has fuelled a new wave of piracy. Just like banknotes, video content has significant monetary value. According to Digital TV Research the Global Pay-TV and SVOD Market is estimated to be $251bn by 2023.

Digital Watermarking was introduced to prevent illegal streaming of content. The first watermarks were simple static-location watermarks that identified the set-top-box ID. Pirates were quick to circumvent the watermarks by either cropping the picture (they were typically found on the edges of the picture) or by simple visual manipulation attacks such as ‘blurring’ to make the STB ID impossible to extract. In response watermarks became peripatetic with the location moving to different positions on the screen. This triggered more sophisticated countermeasures such as ‘picture comparison’ being introduced. Picture comparison takes two separate feeds from two set-top boxes and compares and combines the pictures. Anything that doesn’t appear on both pictures, such as unique STB ID, is blurred out hiding the identity of the source.

In 2015 this led to the introduction of full-screen imperceptible watermarking, pioneered by Friend MTS. This watermarking is named ASiD or Advanced Subscriber ID. Because the watermark is full screen, cropping is ineffective and picture comparison will simply blur the entire screen, because both pictures are subtly, imperceptibly, different.

Ever inventive, the pirates tried to combat this type of watermarking by ‘going retro’ and using older STBs as the source for their pirate streams. Many of the older STBs have a relatively small memory ~20-30Kb which was too small, in theory, to support client-side watermarking. There were two problems. Firstly, the older STBs can only support standard definition (SD) but because many games are broadcast in high-definition (HD) 720P, 1080P or 4K the content looks decidedly second rate. Secondly, working collaboratively with the STB manufacturers Friend MTS was able to introduce a very lightweight watermarking capability for legacy STBs known as ASiD Lite.

Interestingly the most recent evolution of ASiD is in preparation for ultra-high-definition (UHD) content. The movie producers feared that with some cinematic content, particularly very dark screen colours, the ASiD watermark may be perceptible to people with the most acute eyesight. Friend MTS collaborated with a number of major studios to address what was seen as a ‘future problem’ with watermarking. The fixed ASiD watermark was replaced by a dynamic, constantly changing, watermark. This version of ASiD, known colloquially as ‘Fizzy ASiD’ passed a series of tests with major Hollywood Studios known as ‘Golden Eyes Testing’ confirming the watermark was imperceptible under all conditions.

The limitations of physical watermarking

Watermarking of banknotes is effective at preventing forgery but does not prevent theft. Banknotes each have a unique identifying serial number. However, to track and recover stolen banknotes you have to firstly record the serial number of the notes, and then check those serial numbers against all of the shops, petrol stations, cafés and banks where the money could be spent. Most people don’t have the time to check banknote serial numbers against a list of stolen currency provided by the police. The problem with finding stolen bank notes is not a technical issue with the note; it’s actually a process issue.

The benefit of a service-based approach to security is the ability to collaboratively tailor a wide variety of countermeasures. Friend MTS collaborates with a number of stakeholders but particularly the broadcaster, rights owner, CDN provider, hosting provider and the relevant legal authorities to deliver an appropriate response.

Sometimes the broadcasters and rights owners want to gather evidence to support a criminal prosecution and prove financial loss. This month a Florida court has ordered an alleged video piracy service and set-top supplier SetTV to pay $90 million in damages to Dish Network.

Sometimes the rights-owners want to understand which of their broadcasters have security weaknesses to help them improve their content security.

Sometimes broadcasters ask us to directly revoke access to STBs and OTT Players being used for illegal streams either by providing information to their security teams, or increasingly through direct integration to the broadcaster’s subscriber management systems. The duration, scale, speed and aggressiveness of the response is agreed between multiple parties.

Both physical and digital watermarking technologies are constantly evolving to stay ahead of the technical advances made by criminals. While finding stolen banknotes is notoriously difficult, finding illegal streaming is much, much easier, if you use automation to scour the internet. By working collaboratively with all the key stakeholders watermarking technologies are used to enable a service that provides tailored counter-measures in a way impossible for technology alone. Collaboration is key.