Forging the bond between vendor and user 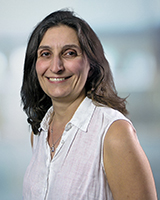 I want to talk about my vision of the relationship between broadcaster and supplier. So first, here are my qualifications to talk on the subject.

Perhaps because my parents would not let me watch television, I grew up wanting to become a video editor. In 1998 that took me to a public broadcaster in France, where I gravitated towards the presentation department, first as an operator, then presentation manager, deputy in operations, then on to engineering where I eventually led the team. The move to engineering was driven by my frustration at simply managing a world of issues. I wanted to know how it worked, beyond emergency fixes to keep the channels on air. 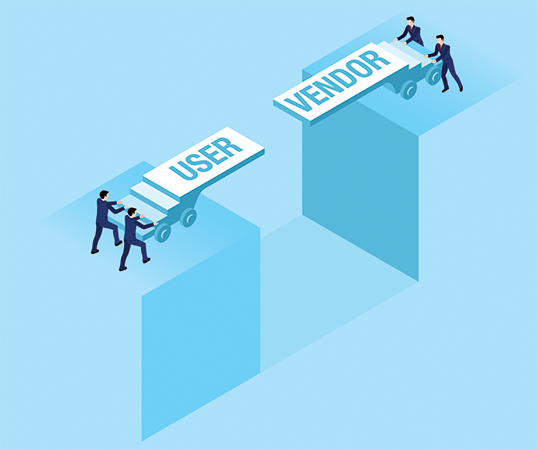 When this broadcaster moved its facilities in 1999, I was responsible for specifying the upgraded presentation, head end, and helped design Newsroom and post. Later, as the station grew, I got to add more outputs using channel-in-a box solutions, then did it all over again with a refreshed facility in 2013.

My first purchase from Pixel Power was for logo inserters when we went 16:9 in 2009. After a decade of working closely with the company I changed sides, and I am now a Solution Manager at the company. Before giving you my thoughts, I must make it clear that, although my experience is from a particular company, this is very definitely not about that broadcaster, for which I retain a strong bond.

And while I honestly believe that my new employers are better than most in the areas I want to talk about, this is not a piece which says how wonderful they are.

I see a yawning gulf in understanding between vendors and broadcasters and, despite many fine words, I see little chance of this gulf narrowing. I know that in IABM conferences in the past, very senior broadcast figures have begged vendors to come around to their way of thinking.

There is much I could say, but in the space available to me I would like to make two points, which I hope will help bridge the gap.

The first concerns managing expectations and reacting to technological change.

For many years now, we have been driven by big new concepts. The need to be visible at NAB or IBC means that trends appear and every vendor has to talk about them, even if they are dangerous diversions. Remember just a few years ago everyone was talking about stereoscopic television?

More recently the buzz has been around virtualization and the cloud, and the use of IT standard equipment in general. The whole IP buzz was part of this, even though it is actually a smaller enabling technology in a much bigger transformation. Let’s not get started on ‘AI’!

The result of this big words marketing is that discussions around new projects get dominated by technologies, instead of working out what will actually get the job done. More important, it results in vendors making promises they know they cannot keep.

If a customer asks a vendor about the latest big word technology, the tendency is to say ‘yes we can do that’ because you know that is what the people at the next booth will say. But that really does not help the customer, who may end up ordering something that will not do what they want even if the manufacturer eventually gets it to work, within their own flavour.

What customers want – and I am sorry if this comes as a shock – is for vendors to say ‘no’ when they mean no. If they cannot deliver a specific piece of technology, then customers would much rather know that.

The reason that it cannot be delivered might be because the manufacturer has decided not to go down that route for commercial reasons. More likely, it is because it is a good plan in theory but needs a lot more development, by the vendor or by the industry at large.

And, in a versatile user consumption, agility, clever and lasting investments are preferable to ever-struggling broadcasters.

The smart sales people, though, will then go on to say when and how it might be available, if it really will help the customer, or they will look for a better – and available – solution to the targeted deliverable.

In turn, that will lead to the real holy grail: an open discussion about what the broadcaster needs to achieve, and how the vendor can make that happen.

I cannot over-estimate this point. The best solution is what solves the problem for the customer, at a price which is within budget, which can be delivered in the right timescale, and which can be installed while keeping the station on air. If it does all that, it really does not matter what the technology is.

The other point I want to make comes from my background in a public broadcaster, but also applies to other media companies. It concerns tendering for major projects.

Engineers can do all their research, and spend time on all the right booths at the trade shows, and develop a solution they are confident will work. But if you then go out to public tender, you cannot specify your chosen solution. You can hint at how you see things, but you cannot specify vendors or products: that is, under most circumstances, illegal. You have to hope that the respondents have done the same research you have, have come to the same conclusion, and will have an interest in proposing it.

Another element of public tenders is that they are public: whatever you put in them is available to anyone who takes the time to read them. If your project is commercially confidential – perhaps because you are planning a rapid expansion that you would rather your rivals did not know about – then you have to add another layer, a pre-qualification stage for potential tenderers, who can sign a non-disclosure agreement.

This pre-qualification stage also gives you a chance to check the financial and legal probity of potential bidders, too, which is no bad thing. Having a major supplier fail in the middle of a key project is disastrous – so be wise about who you choose.

Coupled with the need to bundle all the elements of a project into a single tender, and the result is that you are likely to end up giving a contract, that is expressed in terms of outcomes rather than technical detail, to a systems integrator. As a broadcaster, you hope that you have a sufficiently strong relationship with the SIs bidding that they will pick the solution you have benchmarked, but you have no guarantee. You may have to settle for the ‘least worst’ answer, because the tech is only part of the consideration.

All of this takes time, of course, which can lead to frustrations all around. It also means that the broadcaster is essentially losing the technology knowledge because it has been outsourced to the SI.

My plea, then, is for vendors to understand these are critical points for their customers. Acknowledge that the tender process is challenging and time-consuming. You will have to understand not only what the broadcaster needs to achieve, but also the context and constraints that rule them. And then help them find the most sustainable and agile solution.

But above all be honest. You will command respect by saying something is not possible today, particularly if you can talk about what is possible, what is on the roadmap, and what can be achieved in a better way. That is the route to a genuine partnership.