This article has been taken from Forbes. Read the original by clicking here.

I’m a movie junkie. I went to UCLA film school, did graduate work in media studies, and early on worked as a development executive at 21st Century Fox. Most weekends I see three or four movies in theaters.

Now I work in technology, and I’m witnessing firsthand its transformative effect on the media and entertainment industry. Technology is enabling the democratization of content—access any time, anywhere, on any device—and the impact on media and entertainment company business models and consumer interactions is deep and far-reaching.

Recently I spoke with media and entertainment expert Jukka Paajanen, a cloud solution hub senior director at Oracle, about the opportunities and challenges emerging technology presents to the industry. Here are excerpts from our conversation:

Paajanen: Let me establish my industry bona fides. I’ve worked with movie studios on business strategy for many years. There was a time when I had badges for three different studio lots at the same time.

That said, the most obvious technology-driven change in the media and entertainment industry is the direct-to-consumer model. Netflix pioneered it and other media players are rushing to catch up. Disney’s imminent streaming service, Disney+, along with its recent $71 billion acquisition of Fox’s entertainment business, which includes Hulu, exemplify that industry imperative.

Johnson: Traditionally, studio executives cared about essentially one thing: ticket sales, butts in the seats, eyeballs on the screen. In terms of the audience, they didn’t have to think much beyond general demographics.

Now the direct-to-consumer model demands one-to-one engagement with audience members. To attract and keep subscribers, media companies will have to know and understand their audiences intimately—curate relationships with them on an ongoing basis. When you think of Disney, you think of great experiences at their movies and theme parks. But shaping, extending, curating those experiences beyond the theater and theme park, at the individual level—that’s an acquired skill set. And I wouldn’t bet against Disney becoming expert at that, too.

Paajanen: The direct model represents a massive shift for media companies in terms of access to data. We can speculate that if Disney’s streaming efforts are successful, the company will generate millions of data points in a relatively short time regarding who’s watching what, with whom, and for how long. The competitive advantage comes in making sense of that data beyond simple generalizations.

Johnson: Data is the new currency in media, and emerging data toolsets, including machine learning, predictive analytics, and artificial intelligence, are the technology infrastructure needed to optimize that investment. These tools enable the real-time response that a direct-to-consumer model demands. Predictive analytics in particular will aid media and entertainment companies not just by allowing them to react to consumers in real time, but also to anticipate their behavior, influencing long-term investments, such as what kinds of movies in which consumer micro-segments will be popular two years from now. Comedies? Dramas? Thrillers? North America? South America? Europe?

Paajanen: If you want to reach 25- to 30-year-olds in China, you have to know not only who’s big there but why—what trends and tastes are driving that popularity among that group. This is where social media mavens such as Amazon and Facebook have a big advantage.

That’s because, in terms of data analysis, most media and entertainment companies are at a kindergarten or elementary school level. They don’t have to be college professors, but they have to get a lot further ahead in figuring out how to access and use that data at a significant level of detail.

Johnson: Some media companies are building operations populated by data scientists that straddle the corporate infrastructure, including the IT department, and are charged with applying analytics at a high level to improve strategy and operations across the board. Disney led the way a few years ago with its Next Generation Experience project, an analytics-driven effort that resulted in its MyMagic+ integrated guest services system at its theme parks and resorts.

Paajanen: I can think of several specific areas in the media and entertainment industry that will benefit from data analytics and AI: casting, advertising, product placement, and highly personalized content recommendations. Netflix, for example, personalizes its recommendations so that my wife and I might receive different pictures or blurbs for the same movie, each tailored to our interests based on our movie-watching history. This practice, it should be noted, hasn’t been without controversy.

Another area I have experience in involves residuals: how talent is compensated based on content distribution across various channels. For movie studios, that’s a huge sinkhole of time and effort. I was part of a task force that looked into how to automate large parts of that process. We explored different ways to use AI to seek out key clauses and provisions in contracts related to residual compensation.

A properly trained AI tool can do a lot of the grunt work in such research, by automatically tracking and analyzing, for instance, how different cuts of the same movie will affect each actor’s residual payment. Another example involves re-runs: Do we still have all the rights to the characters, music, script, props, etc. across all the countries we care about? AI has the potential to free expensive legal talent from reading thousands of documents by seeking out every instance of 15 or so relevant keywords in those reams of data. 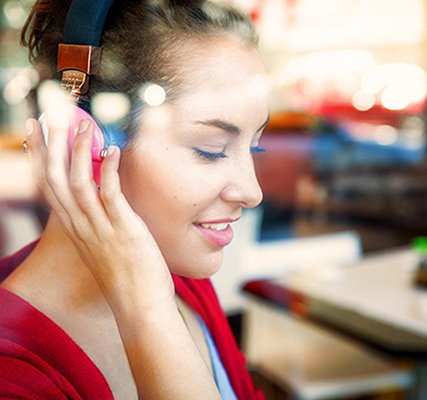 Johnson: In TV and advertising they talk about the concept of addressability: the ability to interact with consumers based on what their specific choices reveal about their interests and preferences. Imagine studios being able to craft a movie trailer that emphasizes specific elements that they know you like, delivered on the platform that you most frequently use.

Paajanen: Media companies have been surprisingly willing to share technology platforms, operational processes, and customer data with each other. In movies and TV, it’s been a competition of content—who is the best creatively? In the direct model, does data become one of those commodities that media companies share, or is it something that they hold dear and proprietary?

Johnson: Media giants such as CBS and NBCUniversal have been frustrated with their traditional consumer insight purveyor, Nielsen. In this direct-to-consumer environment, they want access to more than simple viewership data. They want insights into consumer behavior across multiple devices and platforms, including social media, and they want it in near real time. So they’re asking themselves: Maybe we should build that capability on our own.

Paajanen: I believe we’re at only the beginning of the technology-based radical transformation of the media and entertainment industry. Compared with the music industry, which was upset first by piracy and then by streaming services and is only now starting to be successful in understanding how the model works, movie and TV companies have not been through their big transition yet. Some of it is happening with streaming and subscription services, but most movie studios still operate mainly in the traditional model.

For instance, there’s considerable consumer frustration with access to content. People want to consume TV shows and movies when they want to and on whichever platform they choose—mobile phone, TV, computer, or movie theater. One solution would be for industry players to adopt blockchain network-ledger technology to sell their content as digital tokens or in digital blocks instead of as physical media or movie tickets. At the same time, every digital token interaction would leave a data trail in the blockchain that companies could analyze.

Blockchain could provide other huge benefits in the areas of rights management, contract enforcement, and channel transparency. For instance, blockchain’s “smart contracts” capability would help address the aforementioned problem with residuals and IP rights transfers.

Johnson: Media companies are still experimenting with blockchain. Disney spent some time on a blockchain project that it eventually spun off. What’s needed is for one of the media giants to step up and lead the implementation of an industrywide blockchain. Will it be Disney? Maybe. Or maybe Nielsen will take another run at relevancy.

There are more immediate aspects of the direct-to-consumer model that media and entertainment companies need to address. But is the potential there for blockchain to massively transform the media business? Absolutely.

Larry Johnson is global director of the Media and Entertainment unit of Oracle’s Industry Solutions Group.