Latakoo – From the Sea to the Broadcast Center, Lessons in Agility 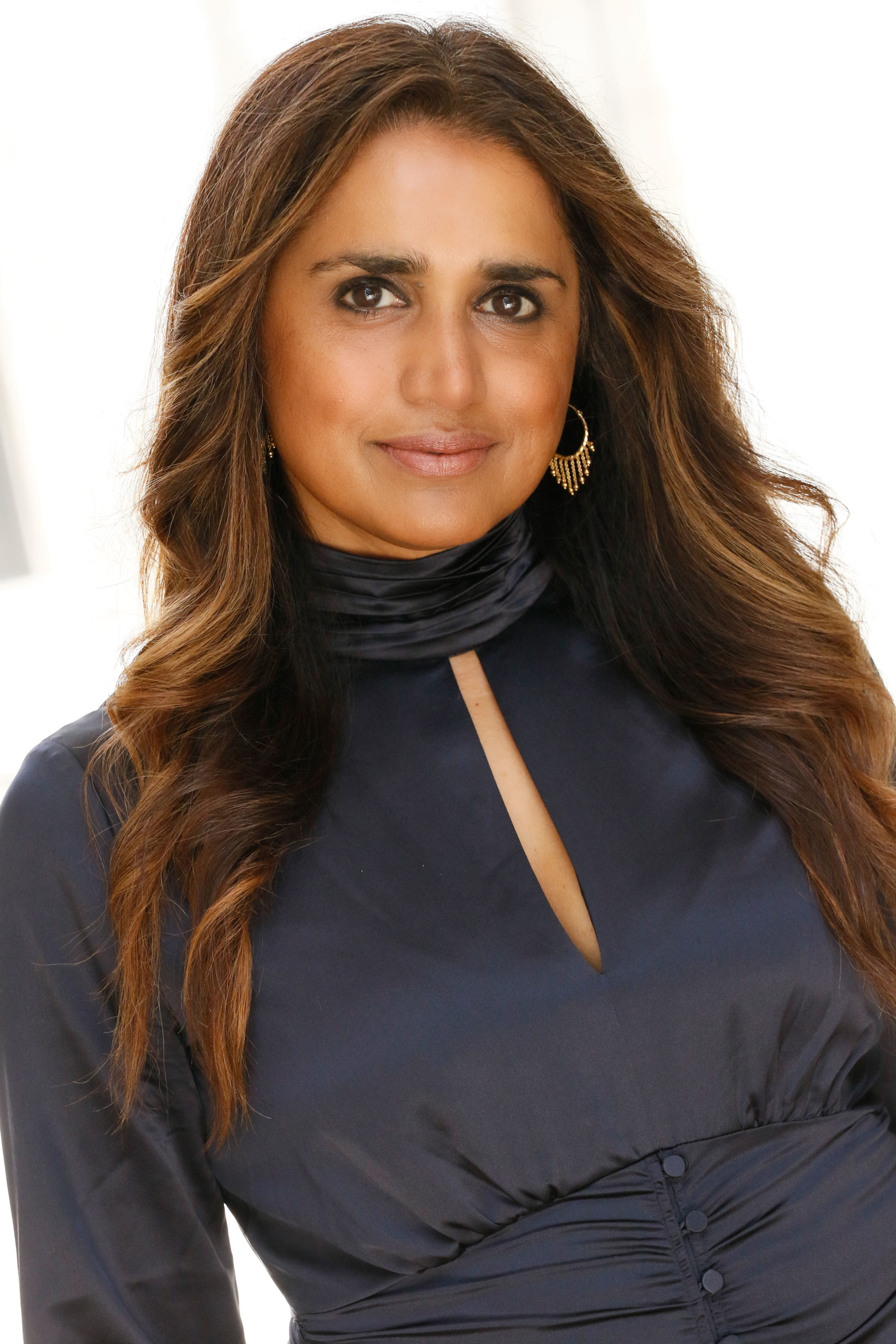 Running a production department at a major news network can be a lot like sailing a ship. Both can push leaders to sink or swim. A seaman turned news executive knows what it takes to keep things running smoothly even when the seas turn rough and unpredictable.

Applying skills learned on capricious waters as a young French Merchant Marine, Laurent De Rodez, Euronews’ Head of Production & Post Production, has spent 20 years at the company running nimble operations, building strong crews and anticipating future needs to stay ahead of the curve and his competition. 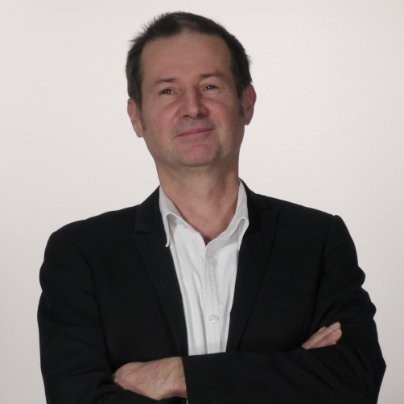 When he decided to move on from the naval service, De Rodez found the career that continues to keep him pivoting and moving fast. He began taking classes in video production, and eventually started teaching those skills to others. Then, came ‘the business’. “I started in the TV business. And then I worked my way up to some responsibility in different companies,” De Rodez said. Spending time as a post-production manager, he was able to transfer those skills into television news, first aiding video editing teams and later moving into the job he has today.

Euronews is Europe’s leading international news channel, serving an audience of 400 million homes in 160 countries and available in 17 languages. With De Rodez’ leadership in production and technology, the network has been able to navigate worldwide crises and uncertainties with the help of hundreds of freelance journalists who collaborate around the clock with the Euronews team members. 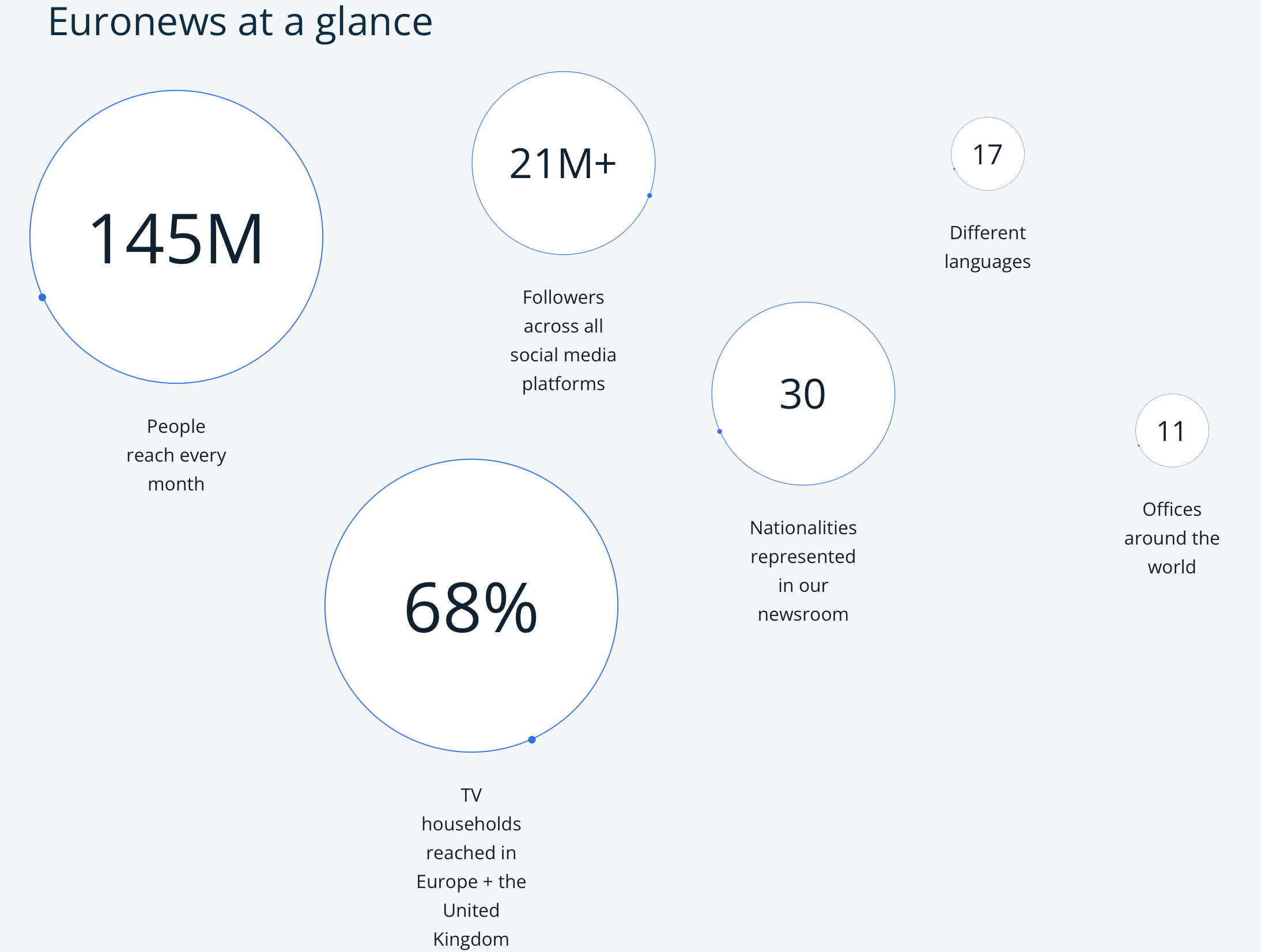 ​​​​​​​​Euronews has a massive international imprint, serving 160 countries in 17 languages.

In 2017, NBC Universal sold its minority stake in Euronews to the majority owner, Media Globe Networks. That was an opportune time for reinvention. The Euronews team carefully reconfigured its approach to broadcast journalism, but maintained its core operations. One of the most important areas for Euronews, though not fully appreciated at the time, was its remote capabilities. Long before many others in the business were harnessing technologies to make it possible, Euronews was making remote work part of their day-to-day workflow.

Accurately anticipating needs in the ever-changing news business has been a trademark for De Rodez and Euronews. Though they couldn’t have predicted the pandemic, their early reliance on freelance journalists across Europe helped them through a critical juncture. De Rodez says the strategy paid off. In the early days of the pandemic when news teams around the globe were struggling to figure out how to produce news outside of their traditional newsroom environments, Euronews was already comfortable with the tools they had been using for a few years. One of the most reliable resources they had, according to De Rodez, is latakoo.

latakoo provides a seamless workflow for journalists and efficiencies for news agencies. Getting news from the field and on air is the way freelancers get paid. Making the process as quick and efficient as possible is crucial to their work supporting a round-the-clock news cycle. Created by two former news reporters (Paul Adrian and myself) a little over a decade ago, latakoo provides simplicity to a historically complicated process. We saw a gap that prevented reporters from being more efficient in their work and radically improved the process. “latakoo was like a miracle. There is a cloud-based storage where everybody can send content, share it and organize it. The files are available immediately after the journalist sends from locations around the world, and they also show up in our asset management system,” De Rodez said. With latakoo, journalists can quickly upload their footage in the field from their laptop and smartphones. Within seconds, the entire Euronews team has access to the files, and can immediately share the content on-air and online.

“Euronews is a special type of company that hires hundreds of freelancers. So, on any given day they may have someone producing content who never previously worked for them,” said Paul Adrian, CEO and my co-founder at latakoo. “latakoo makes it super easy for freelancers to sign up for Euronews systems and to use their own technology to collect, shoot, edit, deliver and collaborate with their employer. latakoo meets these requirements.”

latakoo also offers an easy-to-use, but technologically robust mobile app for iOS and Android. Along with the LiveU app, LU-Smart, journalists who are working alone have the ability to create stories in the field with latakoo and go live from the field using LiveU. LiveU and latakoo are also integrated. That means a file can be sent using LiveU’s store and forward and land first in the latakoo cloud and end up in a user’s asset manager. According to De Rodez, his team pulls about 10 live shots per day from correspondents using the LiveU-Smart.

Today, Euronews is in good company. More reporters are working remotely than ever with a significant number of them increasingly being freelancers. Career website Zippia estimates there are more than 14,000 freelance journalists in the United States alone. The International Federation of Journalists says freelance journalism is no longer an “atypical” form of work. In some countries, the majority of journalists are freelancers.

Luke Hanrahan joined Euronews as a freelancer in 2019. Attracted to the network because of its huge footprint and reputation in the industry, he has continued to work for the company because of Euronews’ technological agility and prowess. “Using automation tools like latakoo puts Euronews in a good light for freelance reporters,” said Hanrahan. Hanrahan describes the latakoo experience in three parts: efficiency, intelligence and speed.

“Every time I submit a package to Euronews as a journalist in the field, it automatically lands on their asset manager. Out of the news networks I have worked for, when you upload a file, whether that is a package or interview, often there is a person who needs to put that file where it needs to be. And that still happens at some major networks. Euronews has the ability to automatically put the file in the folder that it needs to be in for it to go on air. So, within a second of my package landing in the Euronews base in Lyon, it can be pushed on air. So, latakoo gives you the flexibility to do remote work and feel connected to the teams because they are able to access your material much quicker.”

“latakoo itself is an intelligent tool. If you’re on a breaking story, you can upload material while you continue filming on your phone. So, say for example, there has been a major incident in central London and you just happen to be standing there at the time the major incident occurs, you can stop, pause and carry on. I can’t think of another kit that allows you to do that – to be able to film while you’re uploading. That is pretty intelligent.”

“Because of the technology that latakoo has within it, which is pretty unique, you can upload on one bar. Like when I was out at sea last year. I had one bar, and occasionally no bars and then occasionally one bar. You can drop in and out-of-signal and you are not having to restart the send as you would with pretty much any other technology including like the Live-U’s. I could do that safe in the knowledge that I could leave it all uploading in the background as I continued with my work. By the time I got back to the shore, what I needed to upload had already been uploaded. I hadn’t had to monitor it at all and that is pretty intelligent.”

De Rodez shares Hanrahan’s excitement for intelligent technology. He and his network have weathered the pandemic and other storms by embracing uncertainty and relying on just that kind of technology and capable crew members, including freelancers like Hanrahan, who will continue to supply a significant amount of content to fill their 24/7 news cycle. Having put in motion a system that uses technology and people that can quickly shift and change based on the currents, De Rodez and Euronews can keep sailing through fair or fierce winds.