Imagen was one of the first companies to transition to a cloud-based SaaS model for media asset management and wanted to share the knowledge it has built up to support IABM members bringing cloud solutions to market. The webinar also highlighted cloud’s suitability for collaboration and partnerships, and how Imagen are embracing this.

BBC Media Action is the BBC’s international development charity which reaches more than 100 million people a year. It taps into the power of media and communication to help reduce poverty and support people in understanding their rights, with the aim of informing, connecting and empowering communities around the world. 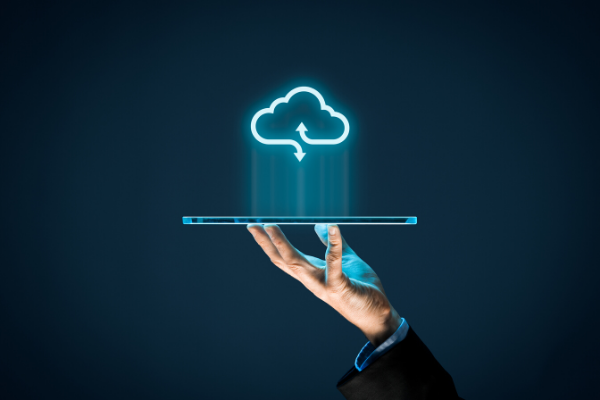 To support the business case Imagen took a ‘big picture’ approach to demonstrating the cost of cloud transition. This highlighted the lower initial CAPEX and controllable OPEX and uniquely for this client, removed the risk of hardware damage or seizure. This was a frequent issue for the production teams and helped coin the phrase ‘you can’t confiscate the cloud’.

The remote places in which the charity often works also present a major connectivity challenge. With teams required to upload footage from locations including rural Pakistan, Tibet and Somalia a stable, fast internet connection is a rarity.

For the system to work effectively it was vital that it could function even in these challenging environments. Imagen achieved this by utilizing low-res proxies for fast loading, creating automated workflows that capitalize when a solid connection is established, and incorporating its proprietary file delivery system (AFD), which speeds up transfers, and automatically resumes deliveries after connection dropouts.

Imagen also use a browser-based system and authenticate via established single sign-on portal; this provides quick access, and ensures that even in territories with restrictive firewalls or site blocking, teams can still get online.

Being able to manage and distribute its video content easily via a centralized media library has helped BBC Media Action achieve a number of crucial organizational benefits. Significant cost savings have been made as it’s much easier for teams to locate and repurpose old footage, rather than filming again. Content is much less likely to be lost through events like fires or border confiscations, both of which had happened in the past. And the charity is now much more able to find and share examples of its content to show potential future donors the work they do.

Chelsea Football Club in London has a media archive which stretches back over 50 years. For this project the challenges were less about overcoming technical hurdles and more focused on using cloud to drive positive transformation in Chelsea’s media workflows.

The archive was previously accessed solely via a large number of LTO-5 and Digibeta tapes. They were reliant on different tools to locate, load and ingest content from the tapes, and extracting the data was often challenging. The whole process was owned by a media manager who was constantly swamped with requests.

Imagen worked with Chelsea to design a system to share this content across internal departments and media production teams, and to provide secure external access for broadcasters and press.
The migration was used as a driver to standardize formatting and metadata to ensure easy access and discoverability. Workflows were also redrawn to take advantage of automation and global access.

The Imagen team was aware that it would not be possible to move all of Chelsea’s operations to the cloud, so the system was designed to complement on-prem workflows, taking the strain off physical infrastructure and working in tandem.

As part of the project, a large volume of content needed to be digitized for upload to cloud, and here Imagen relied on its collaborative approach. Rather than trying to undertake work which fell outside its core competencies, Imagen employed a trusted partner to work in tandem. This produced the best possible result for Chelsea and ensured quick roll-out of the solution – a key requirement.

With its Imagen media portal in place, Chelsea FC can be sure of a safe, long term storage solution for its valuable content, which can quickly and easily serve media requests. The new system has radically improved the way Chelsea aggregates, catalogues and distributes its historic archive, enabling the club to exploit the full value of its legacy media assets.

The club can now concentrate on giving fans the best possible experience, building on its legacy and connecting with supporters in new, innovate ways.

View the full webinar at https://theiabm.org/cloud-collaboration-and-integration-with-imagen/

We followed up on the webinar with a few questions to the Imagen team to further illustrate some of the key points they made. Here’s what they had to say.

What yet needs to happen to make cloud the automatic, 100% solution to all media management requirements?

“Bandwidth remains the main limiting factor, but as networks improve and more applications become cloud native, then this is likely to fall away. The direction of movement to cloud has only been going one way, and the speed of adoption is undoubtedly accelerating.”
– Tim Jobling

You’ve experience of seeing a number of companies through the cloud transformation process. What are the key areas companies need to concentrate on to ensure a smooth, successful transition?

“On a technical level, it’s fully understanding the whole organisational structure, role and workflows. The majority of time customers are very helpful and are responsive, however challenges can arise where certain stakeholders have not been part of the initial discovery process, and then their requirements need to be addressed later. Also, determining the size, quality and make-up of an organisation’s media assets is rarely straightforward. No archive is 100% in shape when we first encounter it – there can be broken tapes, corrupt files, mislabelled assets etc.”
– Tom Wild

“You need to put a value on the physical archive – an ROI calculation has to be made; where is there value in digitising assets – and how do we prioritise?”
– Brie Pegum

It’s often said that people are the biggest barrier to change. From your experience, how can companies get the buy-in they need in the move to cloud workflows?

“Barriers can be really varied; it very much depends on specific workflows and existing infrastructure – no two deployments are the same. In general though, it’s about communicating how we provide value to everyone in the organisation. This sometimes involves explaining how staff can be re-purposed to carry out more high value activities, or even how existing kit can re-used so it doesn’t go to waste.”
– Tim Jobling

“Then of course there is always the issue of cost; calculating the value of cloud investments still remains a challenge, and as we discussed in the BBC Media Action case-study, it is really important for organisations to be able to take a big-picture approach, as like for like comparisons are rarely precise.”
– Brie Pegum

What’s coming next in cloud for the broadcast and media industry and what part will Imagen be playing in this future?

“There still remains quite a lot of fragmentation with lots of people operating with different specialities. Cloud is helping break that down into a more seamless world where live, near-live, and archive content can be managed and processed within the same platform.

“This means that speed is rapidly increased; we can see this for example in ‘in-match highlights’, a recent phenomenon in sports where clips are cut and
distributed to social platforms and news sites in minutes, when the process used to take hours or even days.”
– Tim Jobling

“Organisations are no longer tied to a physical location to manage, process or distribute their content; however in many cases they are still tied to legacy workflows which limit their ability to take advantage of this flexibility. The aim for our product is to develop feature sets which allow them to break out of this, effectively upskilling non-technical roles so that they are no longer reliant on having to push content back and forth to version, package and deliver it.

“We’re also focused on developing features which expand the monetization capabilities from which our clients can benefit directly from the platform. So for example, we have recently integrated a catalogue pricing and shopping cart feature to enable content owners to break down some of the complexity in licensing and centralise the entire process.

“As cloud removes many of the scale and distribution challenges to delivering content to a wide audience, we are also likely to see many of the ‘new media‘ brands and MCNs move away from a reliance on YouTube, where they remain at the mercy of restrictive rules and an unpredictable algorithm.

Platforms such as ours provide them with the underlying structure, and media management capability so they scale out, setting up their own platforms, and OTT offerings to directly reach their fanbase.”
– Brie Pegum