The Switch Case Study: Graduate Together 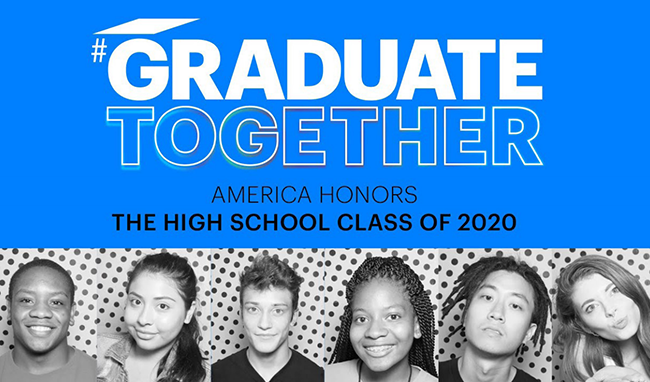 ■ LeBron James Family Foundation, XQ Institute and the Entertainment Industry Foundation needed to deliver seamless feeds of ‘Graduate Together: America Honors the High School Class of 2020’, a mass virtual graduation ceremony for high school students across the US in the face of lockdown due to COVID-19
■ For the event, hosted by LeBron James with special addresses from former President Barack Obama, Malala Yousafzai, the Jonas Brothers and others, delivering premium quality, low-latency feeds was the only option
■ Done and Dusted Events, the television production company behind the broadcast, trusted The Switch to ensure delivery to all US TV networks and major social media and streaming platforms after the show was assembled at Sim’s post-production center in Hollywood

■ The Switch provided critical support for successful delivery of the event, including encode, record and playout services, and satellite distribution
■ Handled pre-feed, primary and back-up feeds for the ‘live to air’ broadcast, and over-the-top (OTT) encode and distribution for online affiliates
■ Supplied temporary HD-SDI connections from Sim to The Switch Los Angelesand AT&T’s Hollywood Hub

■ Enabled show to be broadcast simultaneously as a ‘live to air’ primetime program on ABC, CBS, FOX and NBC, as well as streaming on multiple platforms including TikTok, Facebook, Complex Networks, People, YouTube and more
■ Show was watched by 7.35 million viewers across the four major networks, the highest rated program that night
■ Event helped families and students across the US mark the occasion with the fanfare and gravitas they deserved, including the dream virtual commencement speaker that hundreds of thousands of would-be graduates had petitioned for: Barack Obama