Game on! Facilitating the (further) rise of esports in Europe

While in popular perception the esports market is centered around the twin loci of North America and Asia, Europe is fast becoming an esports hotspot. It accounts for almost one-third of all global esports revenues and is host to more than 70 million esports viewers. However, it remains far less homogenous and represents a far more diverse mix of countries and cultures than America and China

Europe’s rich and diverse games heritage traces back to the earliest days of games development, including some of the biggest titles in the business, ranging from Minecraft (Mojang, Sweden), through Grand Theft Auto (Rockstar North, Scotland), and on to the ubiquitous Candy Crush Saga (King, Sweden). It is unsurprising to see European developers amongst the first organisations that made esports popular, especially in the West. Amongst them are major players such as Germany’s ESL, which is now arguably the world’s largest esports organization.

Some of the world’s top gaming teams are based in Europe, including Team Liquid (The Netherlands), SK Gaming (Germany), Fnatic (UK), Natus Vincere (Ukraine), Astralis (Denmark). Likewise, three out of the Top 5 biggest eSports events in history were held in Europe, including the Intel Extreme Masters Katowice 2017 which had a live audience of 173,000 and an online one of 46 million. 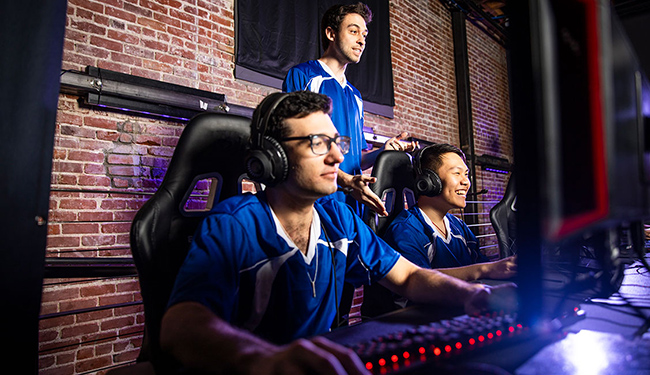 Live audiences have, of course, been a casualty of the Covid-19 pandemic. But, when they return, large-scale events will be able to take advantage of the innovation that companies such as Telstra have brought to rebooting sports coverage after lockdown. Remote production of major sports events was already a growing trend within the broadcast industry; Telstra is already adept at remote production of large-scale events such as the 2019 Rugby World Cup. Our pioneering expertise in this area has already been applied to esports events globally.

For example, we worked on Riot Games’ 2019 League of Legends Mid-Season Invitational. The Invitational took place in Chinese Taipei and Vietnam, with multiple HD and audio feeds fed back to Riot’s studios in Los Angeles 13,000km away via Riot Direct – the company’s global Internet backbone supported by Telstra subsea cables. There, the feeds were edited and finalized for broadcast before being sent back out to the many streaming and broadcast partners across Asia via the same route.

Crucially, remote production on this and the events we have collaborated on since, takes place with little discernible latency. Riot now handles the production of all major events on a worldwide basis from its LA-based hub.

Developing a game, launching it in key markets, expanding game availability and keeping customers engaged, streaming and broadcasting of the esports events — these are all stages in a game’s cycle where access to a powerful network can become a key competitive advantage.

At the game development stage, companies need to assess their evolving network demands, costs and diversity, and start planning for it well in advance. For larger projects with significant revenues, dedicated private networks can be required to connect servers in different locations, enabling design and development teams to easily collaborate in a safe, secure manner as they develop the game.

At launch, and especially given the prevalence of digital media, a network insulated from spikes or local network outages is crucial to ensure a positive user experience.

During the engaged stage, a secure and stable network is required to deliver the live services and game updates that help to keep gamers engaged. As companies enter new markets to expand their gamer base, a network partner to help navigate regional network-related complexity is important.

Finally, at the streaming stage and for esports companies, the capabilities to follow international tournaments are required. This includes set-up, connectivity, and test and deliver stages, all while maintaining stringent levels of low latency, security, and quality.

Telstra’s network can effectively support gaming companies throughout the game cycle. Our networks are designed to provide low latency alongside the high reliability and high security that are crucial for the deployment of the games. In addition to this, our global media network with its 2,500 end points and widespread connectivity into Asia (including India and China) and America makes it a desirable network partner for any gaming and esports company, especially when coupled with our proven experience with managing spikes, disruptions, and continual investment to meet demand.

The European gaming and esports industry is already a successful one. Using advanced network technologies will allow it to increase traction to not only maximise its opportunities in Europe, but also connect to the enormous markets and global audiences eager to consume high-quality esports content. For network operators such as Telstra, it’s game on!