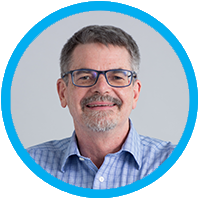 This topic may seem strange coming from a CTO, however in my job at IABM I am constantly looking at and understanding various trends to help assist our industry with growth opportunities.

Regrettably fake-news has become a significant growth opportunity for many outside our typical industry. Beyond the usual suspects – whether from national, regional, local or social outlets – for the reader to know what is real or not is becoming more and more problematic.

No question that networking everywhere has changed how we get our news; for that matter, how we get our entertainment too. Think about it –we have news and sports feeds and alerts. Our social circles are now a combination of ‘real’ friends and like-minded people with similar interests who forward or re-tweet items of interest. The question is, is that content real or simply spectacular entertainment?

Hollywood has always done a great job with the statement ‘based on a true story’ followed with a statement like ‘Incidents, characters and timelines may have been changed for dramatic purposes. Certain characters may be composites, or entirely fictitious.’ No doubt some of this verbiage has to do with managing the legal aspect. I suppose when we watch movies or read books, we mentally ‘assume’ parts are real and other parts are glorified for the purposes of entertainment and to enhance the messaging portrayed by the storyline.

Circling back to news, research reports continually state that people trust local news more. Perhaps this is because they have a bond with the local talent? No question local news states true facts that are not to be questioned. For example, the winner of a horse race or game scores are factual information. The same goes for game and athlete statistics. Facts are facts – albeit the interpretation could be open to discussion. My point is sport is based on factual data. When a controversial referee call happens, technology comes to the rescue with multicam angles and slow-mo to assist with the final ruling. 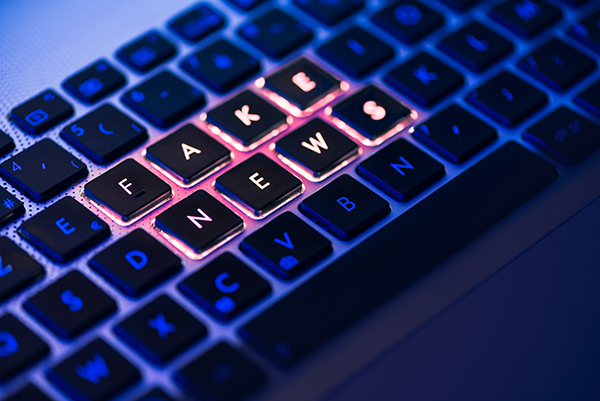 Whether we consider social media a friend or enemy, our influence as an industry is small. Software can now generate life-like news clips on virtually any topic, bots get the topic trending on social media and instantly it can go viral. The hope is that savvy viewers will question the reality and go to traditional sources for authentication. What we can do is help ensure that traditional news sources and outlets are solid, not providing misinformation and as immune from hacking as possible. This way the public is assured they are ‘trusted’.

As newsrooms call on technology from almost all sides of our industry, this is where IABM members can make a difference. I spoke with Mike Palmer, CTO at Masstech Innovations. Mike has over 30 years’ experience working directly with newsrooms and while employed with AP he worked to develop MOS protocol to tie disparate systems together.

Essentially this was the singular technology that enabled integration of multiple media types (video, stills, graphics, audio) from multiple media devices built by multiple manufacturers. Without it, integration of the newsroom tools – newsroom computer systems, video servers, character generators, still stores, weather systems, production switchers and audio consoles – could not have spanned vendors. MOS is pretty much deployed in every newsroom worldwide. Mike said the MOS Protocol Group, one of IABM’s ICGs (industry certified groups), has been focused on security and most recently has updated the protocol to secure communication to ensure control messages and content exchanged between systems aren’t hacked. Asking Mike that while this helps within the newsroom but what about outside, he replied, “The fundamental problem with gathering news content from third parties is that in the age of social media it’s hard to work out who to trust. Journalists have been operating on the premise of transitive trust for more than 200 years (if I trust the wire service, and the wire service trusts the stringer, then I will trust the stringer, or mathematically if a=b and b=c then a=c). This works when the universe of sources is relatively small and the players generally known, but falls apart completely in the context of social media where the number of players is measured in the billions. What is needed is something akin to the ‘Web of Trust’ first suggested by Phil Zimmermann in 1992, where digital certificates and signatures are used to work out who trusts whom and to what degree. If we combined this general concept with blockchain we would have a mechanism to establish and publicly record living editorial trust relationships at social media scale. Now, who might be willing to pay for the development, implementation and hosting of such a service is another question entirely. Such a service would require wide participation, even amongst competitors –somewhat similar to the development of MOS.”

Transmissions over the Internet, like emails, can be read and modified by hackers. An email secure certificate lets the user to add a digital ID to an email which ensures that email, message text and attachments have not been tampered with and more importantly was sent by that user only.

Taking this further, this is exactly where IABM members come into play as email certificates go beyond journalist and newsfeeds; software upgrades and general maintenance by vendors should also take this secure route assuring that an attack doesn’t come from someone posing as a vendor.

We may joke about ‘if it is on the Internet – it is true’, however seriously there are over 150 fact-checkers around the world providing a great service. The issue comes down to fact checking taking time; once deemed not true it is typically too late – the damage has been created. I think this is why in some countries the number of social media forwards or re-tweets are limited to only a few.

As suppliers we need to provide tools, APIs, perhaps even confidence flags – Blockchain won’t be the savior, however will certainly help in the long term.

Think with every product you have or service you provide, even if you can add in a little bit of technology to help improve assurance that content is factual, maintenance is real, this is a start. Your customers will decide whether to use them or not, however with the increase in visibility on this topic – don’t get left behind when your customers suddenly start demanding it.