Despite the dominant news in 2020 all about the Coronavirus pandemic, the preparations for the UK’s exit from the European Union, and a Presidential election in the USA, there have been important changes to note in environmental regulations too. By way of an example, ‘Chemical Watch’ contacted its membership to help understand the impact of the pandemic and notwithstanding many businesses of all types suffering from the financial shock to the system, 40% said that their regulatory workload had increased, whereas only around 20% had seen a decrease. Chemical Watch sees very little let up in the regulatory agenda and suggests that the challenges created by this are made more complex by the likely impending global recession, combined with so many teams now working entirely remotely, or already being affected by job losses.

Proposed amendments to the EU’s RoHS Directive list of restricted substances and exemptions have continued to be evaluated during 2020 by the Oeko-Institut e.V. (Institute for Applied Ecology) and the Fraunhofer-Institut for Reliability and Microintegration with details of the various consultations and reports can be found on their project website here. Meanwhile, as noted by Chemical Watch in their report ‘Chemicals in Electronics – Regulatory Developments From Around The World’ published in May 2020, laws and regulations having a similar intent to the RoHS Directive have been proposed, are being introduced, or are already in place in more than 45 countries other than those associated with EU. It notes that in the USA, a number of substances used in electronics are either already undergoing risk evaluation by the Environmental Protection Agency under the Toxic Substances Control Act (TSCA) or have been designated as a high priority for future risk evaluation. 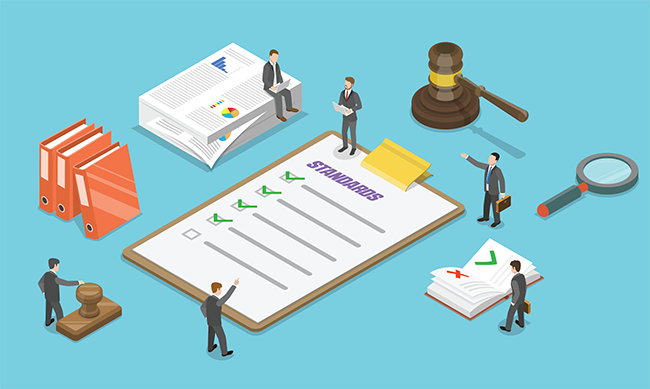 Despite the Trump administration rolling back on the US reporting regulations on conflict minerals such that US Securities and Exchange Commission (SEC) decided not to enforce the law, it is worth highlighting that the EU’s version of this is still due to come into effect on January 1st 2021 and details can be found here. The UK, of course now destined to go its own way on this matter, only ‘strongly encourages’ companies to follow the Organisation for Economic Co-operation and Development (OECD) due diligence guidance documentation.

The EU’s Registration, Evaluation, Authorisation and Restriction of Chemicals (REACH) regulation is one of many problems that Brexit will cause.  Since this piece of legislation acts directly within EU Member States and does not require transposition in national laws, the exit of the UK from the EU means that as of January 1st 2021, this no longer has any direct impact on UK companies or products imported into the UK. Instead the Government has now confirmed it will put in place a separate UK REACH regime irrespective of any negotiated deal with the EU or a “no deal scenario.” For most companies this would appear to mean that a dual registration for both the new UK and existing EU REACH databases will be required. Meanwhile, the EU REACH system is, itself, due to get more complex with the new ‘Substances of Concern In articles as such or in complex objects (Products)’ (SCIP) database reporting requirements. While companies supplying products into the EU already have a responsibility to let their customer know if they contain substances of very high concern (SVHCs) on the REACH Candidate List in a concentration above 0.1% by weight, they will now have to submit this information to ECHA for inclusion in the SCIP database, as from 5 January 2021.

There is some pressure being applied on ECHA to delay the SCIP implementation deadline, as the task really cannot be high on anyone’s priority list in 2020. A trade body representing SMEs in Europe wrote urgently to the European Commission, even before the main Covid-19 lockdowns were imposed, expressing great concern about the impact on its members, saying “…we doubt that the database will be stable from 5th January 2021 on and we expect continuous adaptations. Such a situation is highly problematic for SMEs, which do not have the resources to regularly implement such adaptations.”