This award celebrates ground-breaking innovations that have been realised through creative collaboration between technology suppliers and their customers, recognizing break-through solutions resulting from close partnerships that provide measurable commercial or creative benefits to the customer.

As the host broadcaster for the FIS Alpine World Ski Championships, held in Åre, Sweden in February 2019, Sweden’s national public broadcaster Sveriges Television (SVT) had the opportunity to push the boundaries of live production. SVT wanted to be more ambitious than ever, deploying more cameras and delivering more angles and live replays for a rich, captivating viewing experience. 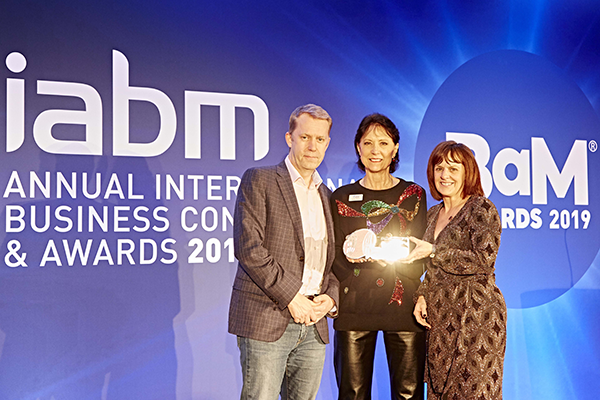 SVT’s goal of retaining most of the production team and functions such as camera matching, coloring and shading at its home studio, made ultra-low latency even more critical. The decision was made to employ an end-to-end open standards-based IP remote production infrastructure – but the challenge was delivering on the sheer scale needed.

The project broke new ground with remote/at-home production, demonstrating reliability and robustness across long distances. A collaboration between multiple vendors and a broadcaster, drawing on their collective expertise to create a proven use case for productions of any size and complexity. The result is a cost and time-saving model that delivers minimal latency – with zero compromise on the flawless images audiences demand.

Adde Granberg, SVT’s director of technology and CTO, said: “This was a unique project on a scale that has never been seen before and it proves that this workflow can stand up to even the most rigorous conditions. We can now do much more with less equipment and staff on location, and this experience has given us the ability to create programming in new ways.”

For its FIFA World Cup coverage, FOX Sports wanted to send live video from Russia to editors and producers in Los Angeles for quick packaging and turn around to air in live shows being hosted in Russia. In essence, the network wanted to achieve the appearance of a live broadcast fully staffed on-the-scene, without the majority of the staff actually on-scene.

To accomplish this technical feat, FOX Sports convened Reach Engine by Levels Beyond, Amazon Web Services (AWS), IBM Aspera, Telestream and CenturyLink to build an integrated solution that would allow the network to keep its entire post-production team at its Los Angeles media center. “The process of sending video from Russia to L.A. and back in edited form was seamless thanks to all the tech companies participating, and represents a giant leap in sharing live events with audiences halfway across the planet within moments of the action taking place,” said Levels Beyond CEO, Art Raymond.

SDVI Rally is a media supply chain manager that optimizes the infrastructure of a media facility, enabling dramatic improvements in utilization and time to revenue. Rally product development requires intimate knowledge of how existing operations will transition to a virtualized infrastructure. SDVI established special relationships with Fox, Discovery, and Turner in which each company worked directly with SDVI in an Agile, continuous planning, development, and evaluation process centered on each company’s targeted use cases.