Technology Leader of the Year

This award recognizes a person who is at the forefront of disruption and innovation within the broadcast and media industry who, through inspired leadership, has helped to deliver ground-breaking technology and business benefits.

Manfred Reitmeier joined Rohde & Schwarz as a development engineer in 1989. He enjoyed much success in his roles as Director of R&D Software, Senior Director of R&D Transmitter Systems and Senior Director of Product Management Transmitter Systems. As Manfred’s nominator states, “Heaven forbid, but if you were to cut Manfred Reitmeier, he would bleed broadcast technology. Over 30 years, the man and the company have become totally synonymous with, and indivisible from, each other”. 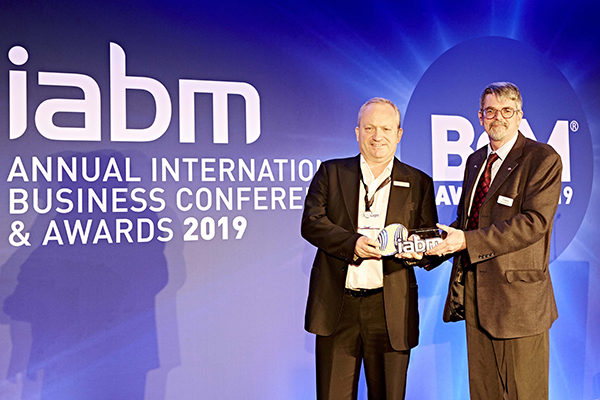 Several years ago, Manfred and his team set themselves the goal of intelligently linking the strengths of broadcasting with the broad capabilities of mobile networks. In June 2017, Rohde & Schwarz joined the pioneering research project 5G Today as a partner, with Manfred leading the Rohde & Schwarz team. A milestone for 5G TODAY was reached in December 2018 when R&S put the world’s first high-power, high-tower transmitter for 5G Broadcast into operation in the Bavarian Alps. The team then debuted the world’s first end-to-end solution for LTE/5G Broadcast at NAB Show 2019.

“Rohde & Schwarz has provided me with a platform to achieve all my goals and dreams as a broadcast technologist. Together with some truly inspirational colleagues, we have made, and continue to make, a real difference to broadcasters and consumers worldwide. And with 5G Broadcast, the best is still to come,” Manfred Reitmeier said.

As a founder of AIMS, and Chairman of its Board, Michael has been a driving force in inspiring the industry towards a clear, efficient path to standards-based, interoperable IP.

“Mike has played a pivotal role in clearing the way forward to an IP future,” said Peter White, CEO, IABM. “I can think of no one more deserving of this recognition for what he has helped achieve with AIMS over the last two years – while also more than holding down his day-job at Grass Valley!”