Produce » Post Production » Audio Post-Production » Digital audio workstations, editing, effects and processing » Worx4 X is a new application for users of Apple FCP X, which solves the problem of needing to consolidate, and trim media used in a project.

Worx4 X takes an FCP X XML that contains one or more Projects. It works through the XML finding all the media references, adds handles, joins any overlapping references and then copies just the used portions to a new directory.

Finally it writes the XML back out, into the same directory, but having adjusted the media references to point to the new media, and all the start times of the references to reflect the new trimmed lengths of the media. 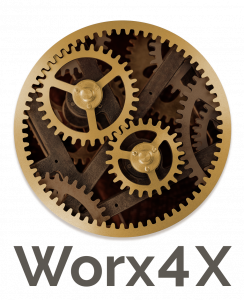 X2Pro provides a smooth workflow between Final Cut Pro X and Avid Pro Tools, allowing users to take full advantage of the functionality of these world-class products now and in the future.

Using the enhanced metadata in FCPXML 1.4 from Final Cut Pro X, X2Pro provides a high fidelity conversion to a Pro Tools session, with support for audio gain and key frames. 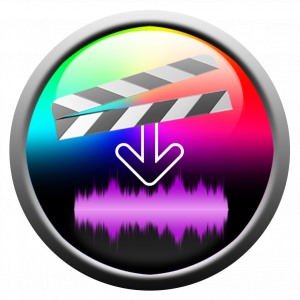 Produce » Post Production » Audio Post-Production » Digital audio workstations, editing, effects and processing » The DNS 8 Live is the first dialogue noise suppressor designed specifically for live use. With eight simultaneous channels of dialogue noise suppression (formatted as AES3 on XLR sockets plus DB25 using the AES59 pin-out) it hosts a new DNS algorithm boasting a simplified '2-knob' approach as well as a detailed editing mode that offers more control than any previous dialogue noise suppressor. Nonetheless, it retains the near-zero latency of all its predecessors, making it suitable for use in all live situations - not just live-to-air broadcasting, but also live sound in venues such as theatres, concert halls, conferences venues, and places of worship.

But that's not the limit of the features offered by the DNS 8 Live. Recognising that many people will want to use it where there's no ready access to mains power, we have added a standard 4-pin 12VDC input.

The DNS 8 Live also offers fail-safe audio bypass implemented in the form of hardware relays that immediately connect the inputs to the outputs in the event of a power failure or other significant disruption. This means that the DNS 8 Live can now be installed with confidence in critical paths within the broadcast chain.

We have anticipated the needs of users who will want to control the DNS 8 Live using modern methods such as laptops, iPads and many other (perhaps as yet unseen) devices, so we gave it the ability to respond to a simple, web-based remote control interface. With its bundled DNS 8 RC software, the DNS 8 Live will work with almost any web browser.

The DNS 8 Live has now been superseded by the DNS 8D with Dante®.

Available as a range of AAX, VST2, VST3 and AU plug-ins (as well as offering a standalone version of Retouch™) for Windows 7 onward and OS X 10.9 onward, CEDAR Studio comprises eleven advanced processes that allow you to eliminate a wide range of common problems and significantly improve the sound quality of your audio. Each CEDAR Studio process has been derived from our multi-award-winning CEDAR Cambridge™ flagship, and provides unsurpassed results, quickly, and with the minimum of fuss and user intervention.

Including both DNS One and DNS Two, this is perfect for all of your dialogue noise suppression requirements in post and elsewhere.

Comprising no fewer than eight advanced algorithms, Restore is ideal for all of your audio restoration needs.

The product that changed the face of the audio industry by introducing spectral editing to the world, Retouch™ remains the most effective way to deal with otherwise intractable audio problems.

CEDAR's Dialogue Noise Suppression technology is the standard for removing background noise from dialogue in studios. With near-zero latency, high-resolution processing, and a fast, intuitive user interface, it eliminates traffic noise, air conditioning, wind, rain, babble and general background noise from audio signals. It will also help to compensate for unfavourable acoustic conditions and poor microphone placement, and will even suppress excessive reverberation.

The CEDAR DNS 8D has been designed specifically for broadcast and live sound. With eight channels of noise suppression, it hosts a new algorithm that marries the best of the machine learning and signal processing on which the DNS 8 Live and the DNS 2 dialogue noise suppressors are based. With its slick user-interface that includes standard and detailed modes of operation it offers better control than any previous dialogue noise suppressor, both from the front panel and from almost any web browser that can access its internal remote control software. With its near-zero latency and standard 4-pin 12VDC input in addition to universal mains power, it's suitable for use in all live situations - not just broadcasting, but also live sound in venues such as theatres, concert halls, conferences venues, and places of worship.

Dante® is the de-facto standard for media networking, distributing uncompressed, multi-channel digital audio via standard Ethernet networks with near-zero latency and perfect synchronisation. The DNS 8D is the first DNS with a Dante interface in addition to its AES3 audio connections (DB25 using the AES59 pin-out). With fail-safe AES3 audio bypass implemented in the form of hardware relays that immediately connect the inputs to the outputs in the event of a power failure or other significant disruption plus support for Dante's redundant mode of operation which helps to protect against network failure, it can be installed with confidence in critical paths anywhere within the audio chain.

Produce » Post Production » Audio Post-Production » Digital audio workstations, editing, effects and processing » EXEcutor™ Sync Master is a professional hardware-independent software tool used to slave video materials to a variety of external software and hardware devices used in professional music, entertainment, audio and video production, events management and multimedia production and post-production industries. User-friendly and easy to install, it saves money and time. It can be used as a slave video player to professional audio systems such as Avid Pro Tools and Sony Vegas, but can also synchronise multiple video materials between them, allowing easy management of multiple videos on single or multiple screens. Through its unique capability to play locally available video files, as well as those coming from third party desktop or web-based asset and content management systems such as online and encrypted videos, without the need to download them first, saves the sound creatives’ time and protects the copyrights of content owners. 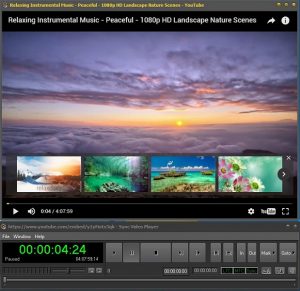 Creativity for all – Photography. Video. Design. UX. 3D & AR. Creative Cloud has everything you need
FIND OUT MORE


Creative Cloud is a collection of 20+ desktop and mobile apps and services for photography, design, video, web, UX and more. Now you can take your ideas to new places with Photoshop on the iPad, draw and paint with Fresco, and design for 3D and AR. Join our global creative community — and make something better together.

Helping you put the best audio technologies to use for the most amazing results.
FIND OUT MORE

Produce » Post Production » Audio Post-Production » Digital audio workstations, editing, effects and processing » It’s been a fraught year for the creative industries, and the huge changes we’ve seen over the past five months are likely to have repercussions long past the end of lockdown. So how can you shore up your remote and distributed workflows long term? And can the need to stay remote be reconciled with the growing demand for full-blown Atmos mixes? Our experts have the answers. 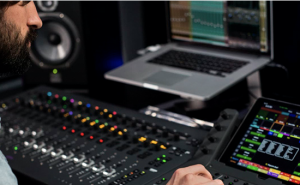 Visit Website
Let us connect you with this company
Change Category