Lawo A__line nodes are designed to serve as IP audio stageboxes for mc² consoles, audio extensions for the V__matrix ecosystem, or as stand-alone IP audio gateways. 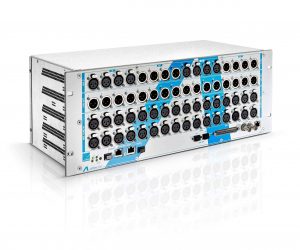