The Glensound BEATRICE MIX32 is a high density audio mixer for producing fixed ratio audio mixes from/ to Dante and AES67 audio networks. It can be fitted with a maximum of 4 independent mixer cards, each with their own redundant network interface. Each of these mixer cards provides 32 audio inputs and 32 audio outputs from the network, with the 32 outputs being mixes derived from different sets of input channels.

A number of different mix-minus mixes can be set on each of 32 x 32 mixer cards. These make it very practical to use as a central intercom mixing hub.

Audio limiter/ compressor circuits are also provided for each output.

The fixed ratio mixes in the Beatrice MIX32 were originally designed to allow network audio intercom systems to generate multiple listening circuits, however the high quality, low noise, digital mixers can be also be used for many other applications.

A priority mode can be used, and when a signal is present on a priority input, all other inputs are dimmed. 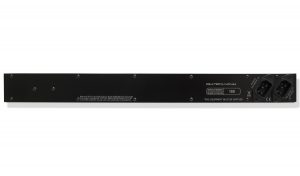 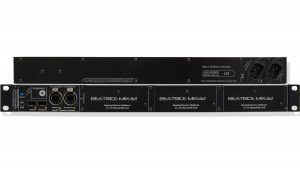 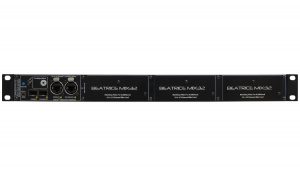