The Interoperability of Being 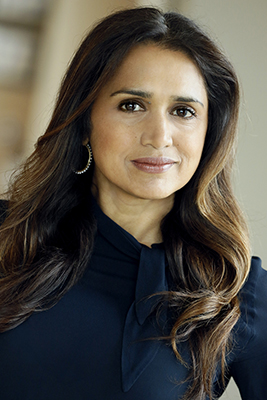 President and Co-Founder of latakoo

As ridiculous as it sounds, multiple people get a notification every time my cat, Raja, uses his smart litter robot and any time there is a sound in my hallway. I or someone else can act on those notifications with connected devices. Does Raja’s litter need to be changed or is he just tripping the system? The robot will tell us. Is there a package at my door? The camera will let us know. App makers connect us to our pets, our cars, our fridges, our shoes. We live in the age of connection and while broadcast has been slower to the trend, we’re now seeing a growing demand for interoperability and flexibility in the enterprise broadcast and media sector.

“For years, people sat on panels and said the NRCS (Newsroom Computer System) needed to be that interconnect. Everybody listened. Nobody did anything about it,” said Blake Russell, the Executive VP for Station Operations and Content Development at the Nexstar Media Group. Mr. Russell envisioned a world where multiple systems opened up secure endpoints to connect with the newsroom computer system. “That’s our NASA, our Mission Control,” he explained. Nexstar owns, operates or provides service to 199 television stations and their related signals reach approximately 62% of all U.S. television households.

Mr. Russell and Nexstar were among the first to push for this, but they are not alone. This has become a routine request from media clients. Recently a buyer said, “We really love having our video and transcriptions and metadata in latakoo, but I like that it also shows up in Avid.” latakoo’s backbone is built on agnostic collaboration. Our cloud infrastructure and API exist in such a way that we can provide secure connections to integration partners.

There’s a natural instinct for self-preservation: a catch in the throat, a protective fear that occurs when broadcast vendors talk about interoperability. No matter what customers want, it sounds suspiciously like we are being asked to build a bridge into our service that allows some other company to sell something to our customers that maybe we could have built and sold ourselves. Why give up business to an interloper? After all, this is not the consumer web. We support a niche industrial market that some of us have carefully developed, groomed and served for decades. 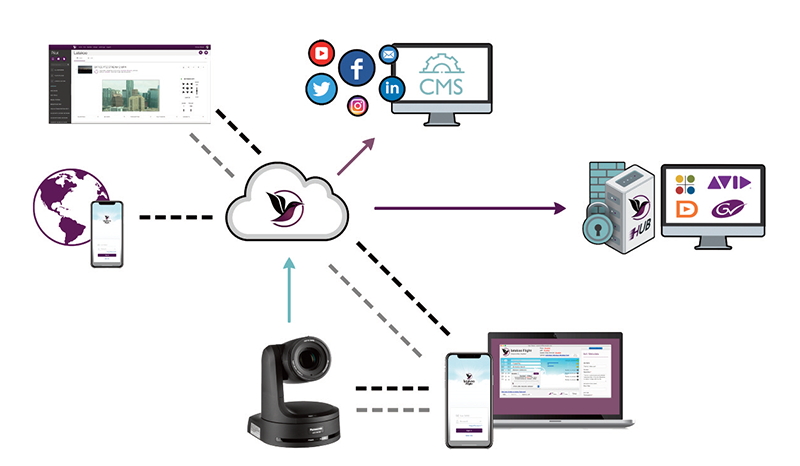 And when I say “we,” there are doubtlessly some tenured technology vendors who look at latakoo today and see an “interloper.” The reality is that whether we’re talking about new technology startups in a market or newly arrived immigrants to a country, the temptation once one has arrived and survived is to immediately turn around, close and bolt the door. Let’s build a wall, because we can clearly handle things from here. I can understand the trepidations here as I am both an immigrant and a startup technology founder, but we can’t let fear create handcuffs.

While the temptation is strong to create closed branded ecosystems with locked-in customers, there are at least two problems with this bar-the-door strategy. First, it is a guaranteed superhighway to mediocrity. And second, it does not serve the best interests of our customers. Truly free markets are scary precisely because they are not protected, and that means that some innovator (not interloper) can surprise and disrupt the market with a superior service or business model. That is also why free markets are awesome for customers. Innovators create the future through their imagination and skilled execution. Everyone benefits.

After Eliud Kipchoge, a personal hero and the Kenyan marathoner, ran his epic sub two-hour marathon, he said, “No human is limited.” His “why” resonated with the world, “The reason for running 1:59 is not the performance. The reason to run 1:59 is to tell that farmer that he is not limited; that teacher that she can produce good results in school; that engineer… that he can go to another project.” Kipchoge built a team of rivals to get it done, pacemakers who were among the world’s best distance runners. That’s how records get broken. And sometimes during the race, competitors discover they are faster when they collaborate.

For years, broadcast and media customers asked vendors to provide easy access to superior solutions under one umbrella. “We need to remove the level of complexity to use broadcast technologies and find out how we can all get along within the same environment,” said Mr. Russell. “You don’t need six things, each doing one element alone. You need one thing that can talk to everything and it has to be secure.”

At its heart, Manifest is a searchable index of assignments that allows users to quickly discover what is being produced that day throughout the company. Teams can search through a huge organization’s assignments by category, geographic region and precise search terms. They can follow developing stories they discover for updates and request that the content be delivered directly to them the moment a journalist turns in a story by sending the finished product through latakoo from the field to that reporter’s home station.

Like every other part of latakoo, Manifest can exist on its own or it can integrate into another asset management system. For Mr. Russell’s team, there’s no time to duplicate work by re-entering data in more than one place. Instead, the systems used by reporters need to synchronize so that the same information and content is available on every platform they use. Today, Manifest already seamlessly integrates with three of the world’s most used Newsroom Computer Systems as well as a custom assignments system, called Daybook, built and used by Nexstar.

This year, latakoo is participating in the roll out of another collaboration product that provides broadcasters the benefits of two companies, each doing what they do best. The Panasonic US team reached out to us earlier this year with a proposition. Their PTZ (Pan, Tilt, Zoom) cameras are in demand, and they’ve got low latency streaming video built right into the cameras. The challenge their customers face is easily setting up the necessary web systems to support the cameras. Could latakoo help? As a web- based software service provider, latakoo used the tools Panasonic baked into its cameras to easily discover the cameras on a LAN, to send the video to the cloud, to control the cameras from anywhere in the world and to direct the video stream to on-premise broadcast playout. Panasonic makes hardware solutions. latakoo makes software services. Marry the two and broadcasters receive the collaborative benefits of each company’s specialty skillset.

All of this is not to say that companies should ever walk away from the creation of any disruptive service or product they see fit to produce. The key is to go ahead and build the things you know are needed in the marketplace, but also negotiate an entry point for others to integrate. Vendors will do better if customers choose their service because it’s better and not because customers feel chained inside their matrix.

I call this the interoperability of being.

Jade Kurian is President and Co-Founder of latakoo, provider of an end-to-end solution for fast, secure transfer and delivery of large files. Jade has more than 20 years experience in all facets of broadcasting and broadcast technology. She is also an operational expert, having managed staff and coordinated crews while traveling the world. Jade is a patent holder for some of the technology built at latakoo. Under her leadership, latakoo has grown to serve companies around the world including television stations, production companies and marketing firms.