Alma TV: The rapid development of the Internet makes us step up our game 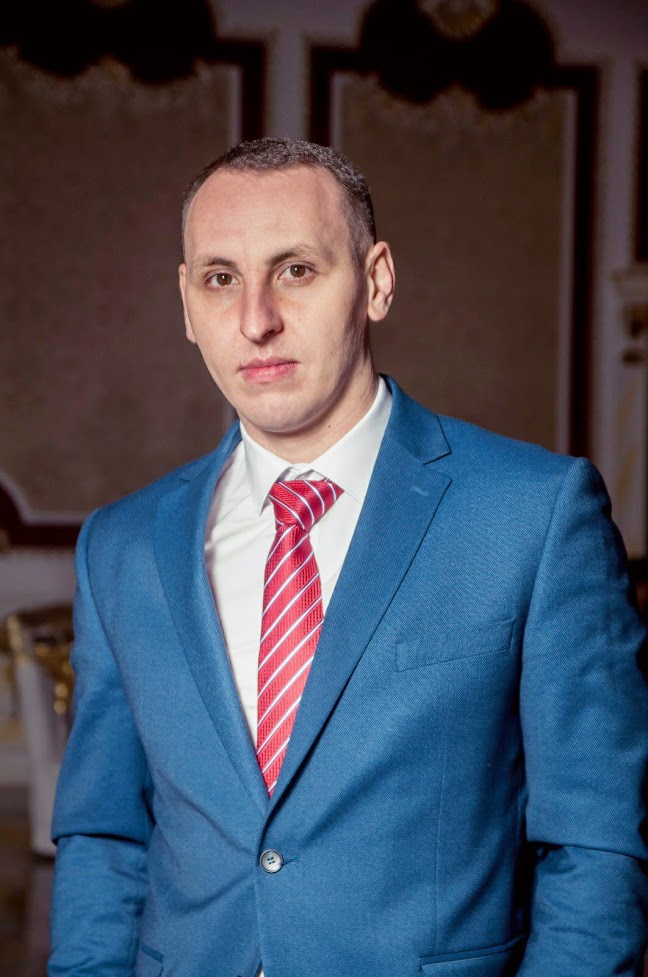 "Almatel Kazakhstan" is one of the biggest telecommunication companies in Kazakhstan working under the trademark "ALMA TV"; its audience includes more than half a million users. The company provides all kinds of TV services and organizes rebroadcast of more than 150 channels from all over the world in a digital format, including 30 HD channels. When Alma TV changed from DTT to satellite broadcasting to increase signal reach and quality, it turned to Elecard to help implement a system for receiving HEVC/H.265 streams from the satellite across regions, high-density transcoding and delivery of the content in MPEG-2 and MPEG-4 formats to end-users' playback devices. According to Alma TV technical department head, Dmitriy Basin, "The Elecard high-density transcoding solution based on Supermicro blade system made it possible to transcode all our channels in each region on a 3U server. This solution is power-efficient and space effective, while there is no any visible quality degradation. Our benefit is evident as we shouldn't spend money on new end-user devices."

We talked to Alexander Trubin, the director of the Alma TV unified network management center, about results of the switch to satellite and the company’s future plans.

This year the company celebrated its 26th anniversary. How do you describe Alma TV today?

Alma TV is the first cable operator in Kazakhstan. We remain the only company in the country that provides all kinds of Pay-TV services: analog, digital, satellite and Internet television as well as telephony and Internet services. Today we rebroadcast over 140 channels from around the world, including up to 30 HD channels. The company is present in 20 cities of Kazakhstan and has more than 2,000 full-time and part-time employees.

How is the pandemic affecting Alma TV?

I think it's hard for everyone to work during pandemics because of the introduced restrictions. It was clear that the load on the network would be increased dramatically, so in the shortest possible time we took measures that made the Internet faster and more stable, and the service quality higher. The lockdown led to difficulties with customer service, so we opened non-contact offices.

We reconsidered the working hours and shifted some employees to remote work in order to protect both the team and the company as much as possible. We even joked that we would bring folding beds and live in the office to avoid difficulties getting to work: to move around the city it was necessary to receive a pass. Nevertheless, the pandemic’s uncovered some internal issues regarding both the team and the equipment capacity, so we reconsidered some approaches to service delivery.

Three years ago, you switched from terrestrial to satellite broadcast. Why did you make this decision?

We decided to switch from over-the-air MMDS broadcasting to DVB-S2 throughout Kazakhstan in the first place to unify head-end stations. As a result, now we have a unified point of reception, and this greatly simplifies the work. Satellite signals became available in even the most geographically remote points of the country, which allowed expanding the potential subscriber base. DVB-S2 TV channels are transmitted to the satellite in HEVC format and then received in every region of Kazakhstan. Switching to the new compression standard allowed us to save on the bandwidth of external communication channels and to reduce costs.

What difficulties did you face during the implementation of this project?

We needed to transcode the HEVC signal received from the satellite into MPEG-2 or AVC that the end-user equipment supported. The company has been on the market for a long time and has a variety of client equipment, so we faced the necessity transcode the TV signal. Channels are received in each region separately, so the number of streams for transcoding increases by 16 times — according to the amount of head-end stations in the regions.

Besides, it was essential to keep a large audience without expensive replacement of end-users' STBs.

To start broadcasting via satellite, the company needed new equipment. How did you choose the appropriate solution for Alma TV?

We had taken into account many aspects: solution reliability, power capacity, ease of setup and management, the possibility of integration with monitoring services, signal quality after transcoding, and solution price. For such a difficult task, we have chosen CodecWorks, the software encoder from Elecard. It allowed us to significantly reduce the amount of equipment, operation costs, and server workspace. The Elecard solution allowed transcoding channels of different formats into the unified signal for every region and improving the quality, which simplified the work of our engineers. The software is configured to react to problems with the streams and restore service or restart the channel, if necessary. The SNMP notification system allows us to monitor the status of all servers in each region in real time. 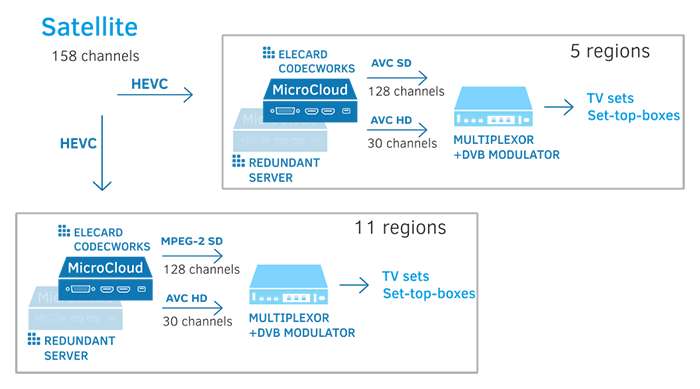 Three years later, it is possible to sum up the results of the decision taken. How do you assess these changes?

The decision was 100% right. Thanks to switching to satellite, we have improved signal reception and enhanced the quality of broadcasting, so now our users enjoy a better picture on their receivers. Moreover, we managed to increase the number of TV channels. Despite the difficulties during the initial setup, the Elecard transcoding system has not caused any complaints throughout its operation. It is a robust and stable solution.

OTT is trending right now. How are you going with this type of broadcasting?

The development of OTT is the absolute must. We understand that the Pay-TV market will change very quickly under the pressure of global OTT players. Previously, the classic Pay-TV operators competed only with other operators. But now, with the rapid development of Internet service and its availability, we have to compete with global services. This forces us to step up our game, and we have a clear idea of what we have to do to be successful in this aspect. At the moment, we are considering installing additional servers with the Elecard CodecWorks software for a new project: we want to start OTT broadcasting nationwide.

Three years ago, illegal subscribers were a serious problem for national satellite operators in Kazakhstan. To deal with them, at the end of 2017 a law was passed. What is the situation now?

Today, we see stable growth of the digital TV subscriber base. We understand the demands of our target audience, who appreciate high quality and a wide choice of content. For example, we offer popular channels that our competitors do not provide.

Unfortunately, a large market share is still occupied by the so-called “gray” satellite dishes, which operate outside the legal framework, thus gaining an advantage due to low costs. Such operators do not pay taxes in Kazakhstan and do not fulfill a number of mandatory requirements. For us, the challenge in developing satellite television is also to gain the trust of “gray” dish users.

What are the company's immediate plans for development?

We want to improve all aspects that affect user satisfaction like communication, sales, content, operation stability, service usability, availability of call center, etc. We plan to pay a lot of attention to the NPS (Net Promoter Score), which determines customer loyalty. To do this, we have to mobilize all departments, and most importantly, set up correct priorities. The focus of our product strategy will be the development of interactive services based on high-speed data transmission and, in particular, OTT.