Exciting times ahead for the media and entertainment industry

This blog first appeared on Indiatimes.com. View the original by clicking here.

The pandemic has pushed the world to digitalise almost all industries – from the use of digital video solutions replicating a retail purchase, to remote production within the entertainment sector. In this blog Dhaval Ponda, Global Head, Media and Entertainment Services, Tata Communications, discusses the changing landscape of the sports and entertainment industry and the tech-enabled exciting times that lie ahead.

Lady Gaga, Alanis Morissette, Paul Mccartney, Taylor Swift, Celion Dion, Jennifer Lopez and Rolling Stones, a dream line-up for any music enthusiast! Well, this just came true last year, along with 100 other musicians jamming live from different corners of the world, giving an up-close-and-personal experience from their living rooms. Interestingly, the Rolling Stones even managed to play together from four separate locations at the same time. Now, that is a great example of paving the way for the digital evolution of the entertainment industry. It was spectacular to see the seamless broadcasting and cloud-based live editing which brought together worldwide talent on one virtual stage. The hero behind the curtains was undoubtedly the cloud!

Facilitating the lightning speed of up to 60 frames per second, cloud made it possible to edit the feeds live on a browser and distribute it on any device with a bandwidth of even 2Mbps. Further, promising the consumer a personalised content at their convenience in the new era of media and entertainment. Here’s a preview of more such exciting times ahead. 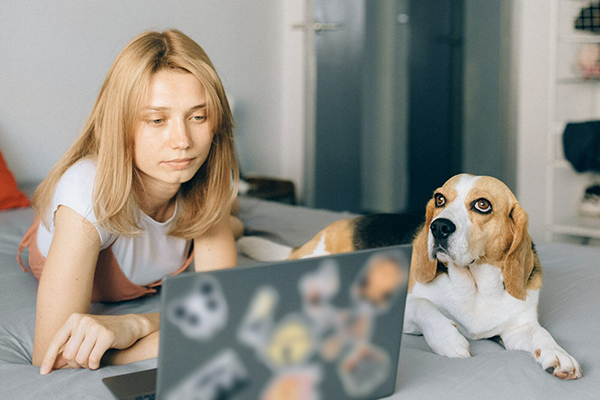 A few years back, if someone told us more than half of India’s population will no longer have a conventional cable or dish TV set-up, it would be hard to fathom. Well, this is the reality today! Our handphone has become the first tool to gain any and every form of content. A recent survey notes the OTT sector in India witnessed a 30% hike in the number of paid subscribers, from 22.2 million to 29.0 million between March and July 2020 alone. In fact, we are observing an incredible rise in the daily consumption of video content across age groups from 40 to 50 mins a day to nearly 190 mins a day.

Remote production: man of the match for live content

Live sports capture a big share of the entertainment industry. It’s not mere entertainment but a part of life and a passion for many. Therefore, it has been one industry that has been forced to evolve digitally at the pace of its fan’s digital adoption, interests, and changing habits.

“The increasing demand to witness the on-field bustle and for fans to cheer their favourite players like they are right next to them in the game has pushed the industry to progress to immersive, virtually augmented, and remotely produced forms of entertainment.”

The sporting federations that were not prepared for the year 2020 had to ramp up technology upgrades and infrastructure in a matter of weeks and months; which an earlier estimate had indicated was a few years down the line.

Historically, live events have been resource-intensive with hundreds of people such as engineers, editors, producers, and more required at the venue with a fleet of OB (Outside Broadcasting) vans to process the feeds captured from multiple cameras and share it with broadcasters with a lag of few minutes. The introduction of remote production technology now allows broadcasters to just send the cameras on the match location, with the production team back in office, working remotely, to analyse the feeds received from multiple locations and broadcast customised feeds in real-time, cutting down on the latency and the humongous cost.

Remote production is not a new concept, but in just last year, it became the unbeatable heroic technology to rescue sporting events, broadcasters, marketers, and the desperate fans worldwide by setting the field for the players with minimum contact and a skeleton crew on-ground.

IPL 2020, is one of the most successful case studies of remote production getting cloudified. It surely brightened every Indian cricket fans’ day with superior video quality resolution, real-time delivery in nine different languages with cutting edge, ultra-low latency solution.

“By virtualising the entire environment and using media orchestration on the cloud, teams could create cloud-based content workflows that aided content creators and stakeholders to manage the video production chain end-to-end remotely from their homes.”

Another remote production miracle that broke traditional and geographic inhibitions, was the warm-welcome given to NC Dinos and Samsung Lions of South Korea by American baseball fans, watching the league in English commentary past their bedtime. Certainly, a cue for the sports fraternity and digital media companies to expand their footprints globally due to the growing demand for regional programming in non-native geographies.

eSports and cloud gaming – the future of interactive entertainment

The quest for original sports content has led to the proliferation of eSports and cloud gaming for action-hungry fans across the world, especially India. It is heartening to see that Indian gamers today constitute for 15% of the global gamer community. This is a testament of the digital penetration in the country, replicating the change in consumer perception towards sport and gaming. It further draws attention on the need for bridging the fan experience gaps through a platform that is unimaginably interactive, engaging, and real-time. Although the gaming industry has started strengthening the roots in the country, it still needs the right monetisation and publishing support. Seamless user experience and additional unique content outside the game are going to be crucial factors for promoting and building the community.

“Migrating to the cloud is the top priority of an industry that has immense possibilities.”

As it enables remote teams to integrate and automate their usual tasks such as file delivery, frame-accurate editing, transcoding videos for OTT platforms, seamlessly in virtual environments – without having to transfer feeds between physical workstations.

The movement to UHD, 4K, 3600 VR, and other rich formats has commenced, leading to a dire need for fibre-based video networks for uncompressed video contribution. Indian entertainment industry is recognising the digital behaviour of audiences and moving fast to build a right ecosystem from infrastructure to app experience to offer viewers a seamless and secured experience.

To know more about how Tata Communications is playing a vital role in the transforming the Media industry and how you can benefit from same, click here