Glensound invented the Broadcaster’s mobile phone and our GS-MPI005 and GS- MPI005HD mobile phone racks have been hugely popular with broadcasters and can be found in daily use in outside broadcast trucks and studios around the World.

The completely updated GS-MPI005HD MKII is a mains powered 1RU subrack that can be fitted with up to two mobile phones featuring professional audio interfaces for connecting broadcast audio equipment to cell phone networks.

On the surface the new GS-MPI005HD MKII looks different as it has touch screen colour displays for each phone module fitted. A traditional telephone handset interface is also now provided to allow an operator to communicate off air before handing the call over to broadcast. The handset interface can also dial and answer calls.

No new modern piece of audio broadcast equipment is complete without an AoIP solution so the new GS-MPI005HD MKII has an optional Dante®/ AES67 card.

Of course the crystal clear sound and audio inputs & outputs that are interference free of cell phone noise that made the original units so popular also feature in this new design. 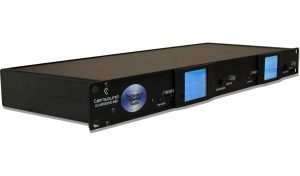 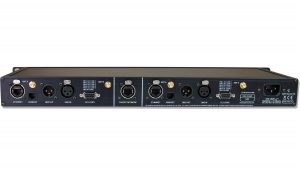 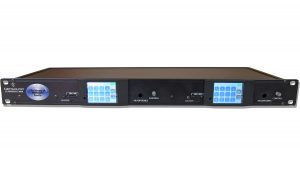