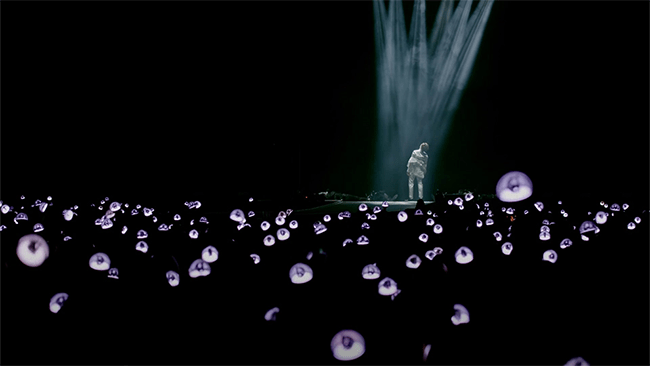 This colossal body of work has to be ingested, edited, and sent to clients and distributors from Seoul to various destinations around the world. It’s a lot to manage, but Park’s team makes it all happen with their 8 Bay EVO media production server. Park emphasized, “Whatever we shoot—television shows, movies, commercials, and more—everything comes together through EVO.”

An EVO-lution for “K-Pop Evolution”

In 2018, Borderless Film was working on one of their most ambitious projects yet: K-Pop Evolution. The YouTube Original documentary series explores the history and meteoric rise of the K-Pop genre from the perspective of its stars. The seven-episode production combines interviews with over a dozen K-Pop artists, footage from worldwide concerts, and behind-the-scenes clips from tours and training sessions.

Borderless Film began the project using external hard drives, manually transcoding footage in the cloud, and sending terabytes of data internationally via courier service. Park knew that so much footage required a better solution, and a better workflow overall.

Park discussed his video editing workflow with DV Nest, a top Korean distributor of media production equipment. After seeing EVO in action, he decided it was the right shared storage solution for his team.

With 10Gb Ethernet ports added on, Park knew his EVO shared storage system would improve workflow and facilitate future growth. For example, his old infrastructure was keeping the team from accepting more post-production projects. “EVO really opens up a lot of business opportunities for me,” said Park. “I’m getting a lot more inquiries about post-production work now.”

Editing Efficiency with the EVO Suite

Borderless Film’s EVO provides more benefits to their video editors than just hardware performance. While storage capacity and network speeds are undoubtedly important, organization and efficiency are paramount for busy editing teams with quick turnaround times as well. And that’s where the EVO suite comes in.

The EVO suite includes the ShareBrowser media asset manager, Slingshot automations engine, and Nomad remote editing utility. Each of these powerful software tools come included with EVO to facilitate a collaborative, efficient, and flexible workflow. “The whole EVO suite makes our workflow easier,” said Park. “I use everything: ShareBrowser, Slingshot, and Nomad.”

To organize their library of footage and project files, Park’s team uses EVO’s powerful and easy-to-use ShareBrowser media asset manager. “When I saw ShareBrowser, I really liked the way it handles video management,” said Park. “It’s great being able to tag and add custom video metadata to our footage.”

Park explained how he used Slingshot to automate massive file uploads to Amazon S3 cloud storage for K-Pop Evolution. “I had to transfer 700 GB to 1 TB of media to a partner in Toronto every day. EVO, with Slingshot, does my job automatically. I started uploading everything to the cloud on a schedule with Slingshot, and my client would download the files from there.”

“We’re a small company without any IT or tech guy,” Park added. “With EVO, you just plug it in, power it up, and it just works. Even the automations, I can set it all up myself with no IT guy. It’s really easy; I found all the information I needed on the SNS website and knowledge base.”

Borderless is a great way to describe Park’s video editing workflow with EVO, too, as Nomad, EVO’s remote editing utility, enables an efficient remote workflow anywhere in the world.

“For those days you work from home, Nomad is really important,” said Park. “It’s great for me because I don’t like carrying around those slow 2.5-inch drives anymore.”

Slingshot automatically transcodes Borderless’ media, generating proxies files for local offline editorial. Using Nomad, users can download these lightweight proxies—or their source media, if preferred—to their local workstation for remote editing. The result is a post-production workflow that is truly flexible as plans and locations change.

“It’s easy enough for me to configure everything,” Park continued. “Overnight, with Slingshot, all the footage is transcoded into proxy files. The next day in the morning, I am able to collect all the proxy files with Nomad to my laptop and do offline editing. It is very easy.”

While working from home or traveling abroad, Park and his team can connect to EVO remotely over SNS Cloud VPN. Once connected, they can access their entire EVO suite of workflow tools, download proxy media with Nomad, and edit online or offline from anywhere in the world.

“I trust SNS Cloud VPN more than the service my internet browser is providing,” said Park. “I’m working on trailers and edits for unreleased series on major platforms, so security is extremely important. I trust SNS.”

Borderless Film clearly doesn’t like to be constrained, so they needed a media storage solution that worked with all of the editing tools at their fingertips. “I’m using Premiere Pro for most of my jobs. For DI [digital intermediate/color grading], conforming, mastering, and some other work, I use DaVinci Resolve,” said Park. “It was important that my storage server worked with all of these tools.”

EVO and the EVO suite are compatible with all creative applications and NLEs. Going beyond compatibility, EVO seamlessly integrates with major NLEs like Adobe Premiere Pro, Final Cut Pro, DaVinci Resolve, and Avid Media Composer. For example, ShareBrowser media asset manager is available as an in-app panel in Adobe Premiere Pro and as a workflow integration plugin for DaVinci Resolve Studio. 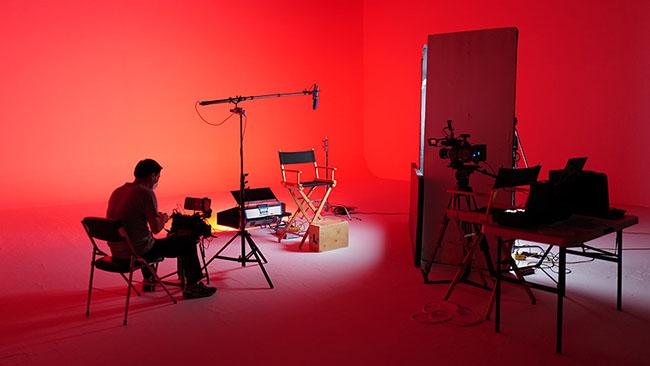 With customers and collaboration partners around the world, Park’s international video production services rely heavily on EVO’s stability and reliability. “EVO has never failed on me. It just works,” said Park. “For feature films, TV shows, remote editing projects, or anything else, it does exactly what I need it to.”

Borderless Film has used their EVO media production server for years, storing and editing countless projects. Their busy workflow will only continue to get busier, but Park has no worries about his server’s reliability and ease-of-use. “We work on big projects but we’re still a small team, and we don’t have IT staff to set everything up,” explained Park. “EVO and the SNS support team make everything really easy for us.”

With this confidence, Park thinks he’ll go forward with plans to increase their post-production capabilities as a team. Already a top international video production company, it looks like Borderless Film has a bright future ahead.