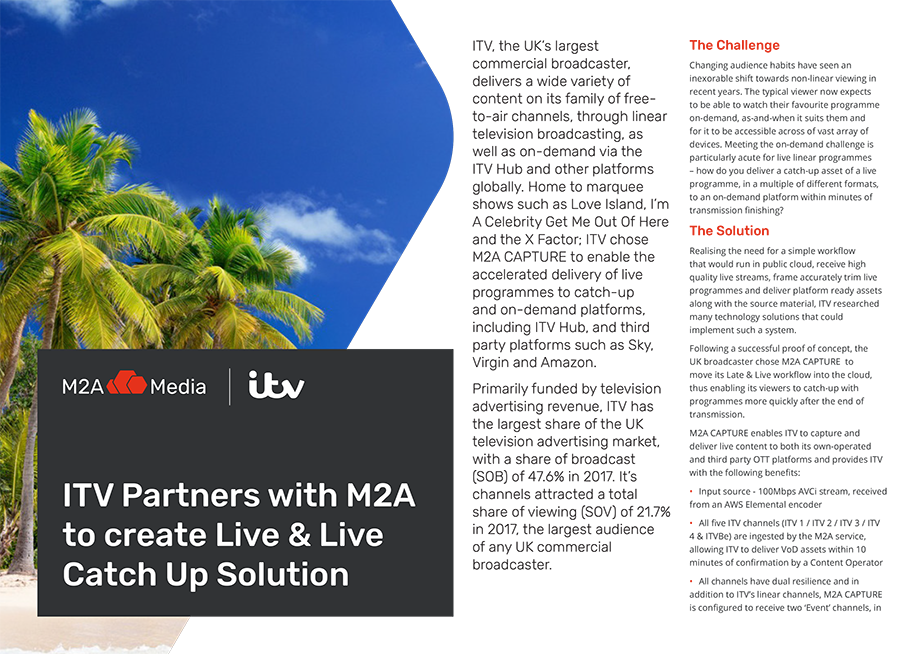 ITV, the UK’s largest commercial broadcaster, delivers a wide variety of content on its family of freeto-air channels, through linear television broadcasting, as well as on-demand via the ITV Hub and other platforms globally. Home to marquee shows such as Love Island, I’m A Celebrity Get Me Out Of Here and the X Factor; ITV chose M2A CAPTURE to enable the accelerated delivery of live programmes to catch-up and on-demand platforms, including ITV Hub, and third party platforms such as Sky, Virgin and Amazon.