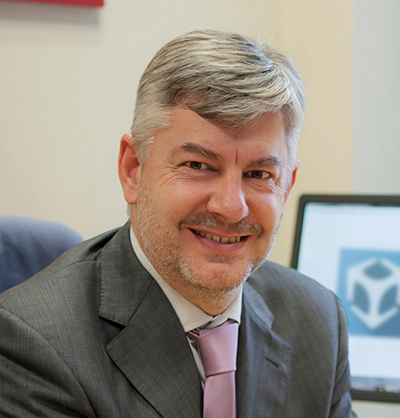 The digital age has driven profound changes in how News & Sports are produced and consumed, as new digital platforms offer audiences endless options for news and sports. Moreover, the traditional way of doing business in television has been seriously impacted because of the COVID-19 pandemic, since production dropped all around the world, travel restrictions were applied, and many other related issues. Broadcasters now have to work ever harder to attract and retain viewers. However, the current situation also raises opportunities for virtual production, from remote shooting to virtual events.

Within this highly competitive context, successful broadcasters need to be flexible and responsive to dynamic News & Sports environments and agile enough to take advantage of both simplified and more complex broadcasting infrastructures.

For example, hyper realistic virtual production based on game engines such as Epic Games’ Unreal Engine is now broadly used in many broadcast applications. Technology providers with extensive broadcast and film experience like Brainstorm have taken advantage of game engine rendering technology to improve the output quality, but at the same time have improved such content with their own applications like real-time graphics created from external data sources, increased workflow environment’s compatibility and much more, expanding the benefits of game engine rendering to other content creation areas such as News & Sports.

Another great example of collaboration and integration between Brainstorm and other developers and manufacturers to enhance News & Sports production is Dalet, which now includes the Brainstorm real-time graphics engine in their next generation platform for news graphics and workflows called Dalet CubeNG.

With the integration of the Brainstorm engine, Dalet CubeNG takes advantage of the most advanced features available in Aston, Brainstorm’s motion graphics creation, CG and playout solution, which significantly expands on-air and file-based graphics capabilities. These include support for 4K and user-defined output formats, advanced primitives and objects for creating 2D and 3D graphics, support for Unicode fonts and languages, and StormLogic, Brainstorm’s acclaimed transition logic between templates, along with extensive options for data-driven graphics with external data link. 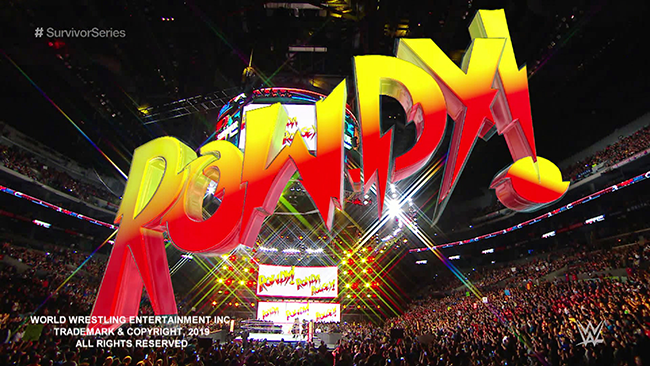 Also, the integration with cost-effective PTZ camera tracking systems of companies like Panasonic or Sony, allows Brainstorm technology to sit perfectly in any broadcast workflow and environment.

Customers all around the world take advantage of Brainstorm’s technology to enhance their content production. Users like CNBC use Brainstorm technology to broadcast more than 4,000 graphic pieces per day, and lately has used AR to elevate its storytelling while creating graphics that improve audience understanding of complex data. A Brainstorm eStudio user since 2006, CNBC raised the level of sophistication of on-air data driven broadcast graphics in the United States.

World Wrestling Entertainment (WWE), the integrated media organization and recognized leader in global entertainment, reaches more than 800 million homes all around the world with events such as WrestleMania, and makes use of high-end Augmented Reality content and technology to enhance the production in a new and exciting way and InfinitySet allows WWE to create a wide range of different content.

InfinitySet is used to create content that airs across WWE’s many media platforms including their award winning direct to consumer WWE Network as well as their various digital outlets and through their broadcast partners.

More recently, broadcasters like WarnerMedia Latin America are using InfinitySet with Unreal Engine for advanced virtual production in Chile and Argentina to achieve greater efficiency in ROI related to content creation, reinforcing its position as undisputed leader in the region in terms of generating high-level hyper-realistic television content, which they have aired on CNN Chile, Chilevisión and TNT Sports.

Brainstorm collaborated with national public Spanish television TVE in a News Special that received the ‘National Television Ondas Award’ for the Best News Programme or Special Coverage of the year.

This News Special was produced remotely from a school in Toledo, Spain, and broadcasted from the channel’s News Centre in Madrid integrating virtual augmented reality content live on a blackboard in the classroom where the presenter was, using InfinitySet to finish it.

Brainstorm worked with RTVE to create and calibrate a multi-camera system capable of displaying AR animated graphics perfectly placed over a real-world blackboard, allowing the director to freely use both steady-cam and fixed cameras to display information in a visually appealing manner, at any time, alongside the news anchor.

Many other top broadcasters and content providers around the world are examples of how Brainstorm’s advanced technology plays a key role in creating the most stunning News & Sports content to increasingly demanding audiences. 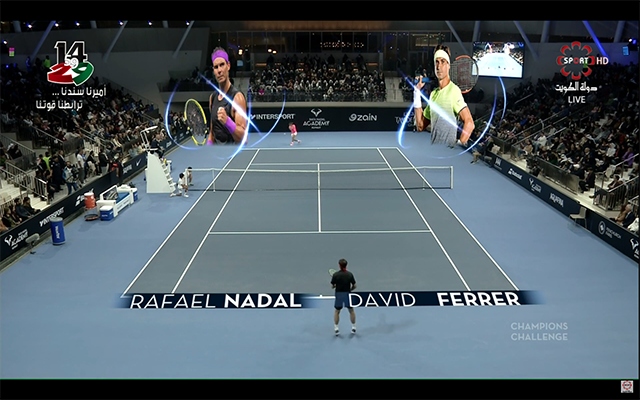 AR technology not only serves to enhance content or deliver great data-driven graphics. As the news landscape is rapidly diversifying as a result of internet broadcasters and lower-end market entry costs, new challenges and opportunities arise. Also, broadcast news and real journalism faces the challenge to remain relevant, engaging and appealing to audiences, particularly at a time of tightening budgets. Brainstorm is committed to creating accessible, affordable ways to enable a new breed of journalists to deliver compelling broadcast news that reflects traditional values of journalism, whilst embracing the possibilities offered by new technologies.

This objective has been deployed with the development of Brainstorm’s TelePorter project, which was selected amongst the winning projects of the Google’s Digital News Initiative (DNI). The DNI Fund is a European program designed to help journalism thrive in the digital age, and directed to organisations and individuals that aim to produce original journalism and to enlighten citizens with trustworthy journalistic content, whose projects focus on encouraging a more sustainable news ecosystem.

Building on Brainstorm’s experience in 3D graphics, virtual sets and augmented reality, Brainstorm’s TelePorter creates compelling, immersive visual news content through the use of augmented reality (AR) broadcast technology. As it has been developed on the ground of Brainstorm’s patented TrackFree™ technology, and more specifically the acclaimed TeleTransporter feature of InfinitySet, this technology allows for 'teleporting' journalists or participants into an AR environment, viewers can have access to rich visual news, where reporters appear 'in situ' or placed together with interviewees regardless of their physical location.

TelePorter also allows for including additional content sourced from standard presentation tools. TelePorter is affordable and user-friendly, enabling smaller broadcasters to access and use the technology and empowering journalists, while exciting and engaging audiences. Also, the development of a single control room allows this product to be a standalone solution, and easy to manage with just one operator.