Chat with us, powered by LiveChat
Skip to content
Small cameras including miniature, lipstick, point-of-view and action cams.

Ross Video has the most complete studio robotics offering available.
FIND OUT MORE

Create » Content Acquisition and Capture » Cameras » Specialist, POV, PTZ, action Cameras » Ross Video has the most complete studio robotics offering available, whether you are looking for the unparalleled smoothness of a track-based system, the unbeatable flexibility of a free-roaming pedestal, or the simple efficiency of a standalone pan & tilt head.

Acquire live video and transmit over IP to any NDI® system, device, or software on your network.
FIND OUT MORE 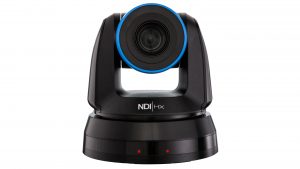 
The CamBall4 is a PTZ camera enhanced for AR and VR and updated with a brand new sensor, new control options, VR and AR capabilities, and importantly – HDR.

BR Remote has added Free-D metadata outputs to create a turnkey solution for many camera applications wanting to move towards studio automation.

CamBall cameras are completely weatherproof, and are widely used in wildlife filming, studios and live events.

The company’s CamBall range has been revised to create four camera models that include many previously add-on features such as DMX control as standard, and built-in IP and fibre options are readily available for even greater flexibility. 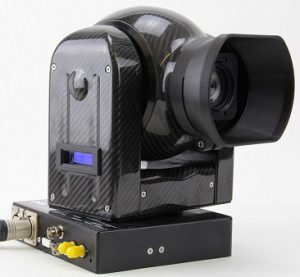 Unleash your opposite side with Osmo Action’s dual screens and RockSteady stabilization.
FIND OUT MORE

Create » Content Acquisition and Capture » Cameras » Specialist, POV, PTZ, action Cameras » Whether you want to record your world from behind a lens or be the star of the show, Osmo Action’s dual screens allow you to capture it all with the touch of a button.This durable, versatile action camera is jam-packed with advanced technology that lets you spend less time worrying about equipment and more time living the action. 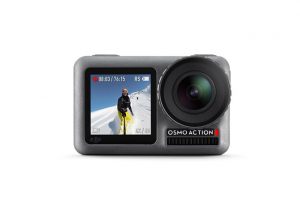 The VC-A50PN has Ethernet, HDMI, and 3G-SDI outputs that are simultaneously active. It supports live broadcasting with MJPEG, H.264 / SVC format with latency of less than 120ms. The camera covers wide shooting angles and achieves high-speed, quiet, and precise positioning with smooth PTZ operations.

The VC-A50PN is an applicable solution for lecture recording, videoconferencing, and live broadcasting applications. Available in black and white.

A multi-function outdoor remote- controlled camera, ideal for use in demanding situations
FIND OUT MORE

The CB180 is a multi-function outdoor remote controlled camera. It has been designed to capture live pictures in extremely demanding situations out of doors, including from moving platforms. It can be used on a boat or telescopic pole, while the cameraman can operate the camera from a remote studio or edit suite.

This camera is rated to both IP66 and IP67, which means that it resists water from high pressure jets AND withstands full immersion in water. We have added a roll axis and stabilisation so this camera can shoot from non-stable platforms, such as the deck of a yacht, and automatically maintain a level horizon. The three axes of physical movement – pan, tilt and roll – can all have their stabilisation switched on or off, individually.

This camera offers positional metadata, smart profile moves, DMX control and advanced CCU control, so a vision engineer can adjust the camera remotely and match its pictures to AR or VR in a professional production.

We’ve also added a hidden wash and wipe feature to clean the lens, as well as stabilisation to steady the camera when it’s used in motion. 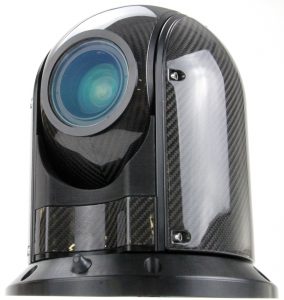 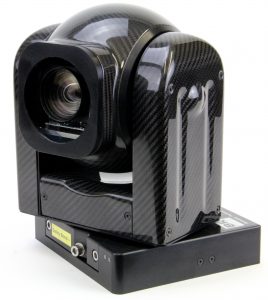 With ultra-clear video quality in 30fps, the A61P is the latest addition to Lumens PTZ camera series
FIND OUT MORE

Create » Content Acquisition and Capture » Cameras » Specialist, POV, PTZ, action Cameras » VC-A61P, the latest addition to its Lumens PTZ camera series. With its 4K UHD ultra-clear video quality in 30fps resolution and a powerful 30x optical zoom capability, the camera can perfectly frame speakers and deliver outstanding detail and clarity to participants far away. The VC-A61P also offers multiple interfaces such as Ethernet, HDMI, and 3G-SDI, which enhances the convenience in connection. 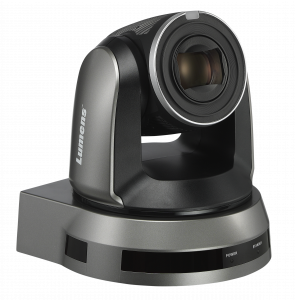 A fully featured version of the CamBall but at a reduced cost for indoor, lightweight use.
FIND OUT MORE

The CamBall has become a standard in the television and entertainment industries. Consistently outperforming competitors and this unit will do the same with its feature-filled performance, move smoothness and CCU controllability.

The Camball Lite has many of the previous add-ons included in the standard model including  WDR, Genlock, 1080p and Metadata.  Our ‘future-proof’ design ethos has enabled these upgrades to be added to previous models.  This ethos continues today and is central to our future developments.

The Camball Lite still responds in exactly the same way to joystick control.  Pan & Tilt speeds are now proportional to zoom angle on speeds 1-3 We have only added functionality, not removed any.

With ever increasing moves towards automation, motion control, virtual reality and augmented reality, the Camball Lite has it all. Using the industry-standard ‘Free-D’ protocol for both Metadata and as a control protocol it enables full Motion Control.  The CamBall4 VR has 16bit absolute encoders are fitted directly onto the pan & tilt output shafts.  This ensures zero mechanical linkage error (backlash) and also absolute positioning without the need for a home position.  The Camball Lite also responds to ‘Mstar protocols’ which adds the ability to simultaneously control the camera CCU functions without interrupting the motion control. 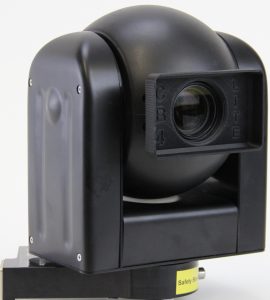 With a maximum image resolution of 5120 x 5120, this model has the highest resolution in the VictoremTM family. The camera's dual CXP-6 interface delivers a maximum frame rate of 41fps at full resolution.

The VictoremTM 262G41-CX supports single or dual-link CoaXPress video output for high-speed video transmission at up to 12.5Gbps. High-resolution video can be rapidly sent to real-time image processing systems or uncompressed video recorders such as the DVR Express® Core 2 series from IO Industries. Low-cost and flexible coaxial video cabling is used with long cable lengths possible (up to 40m for full-speed applications, over 100m in reduced-speed cases). A single coaxial cable can, in addition to transmitting video from the camera, supply power and synchronization triggers and allow configuration of all camera parameters.


Visit Website
Let us connect you with this company

BR Remote places the “intelligence” which stores camera positions, moves and timings, within the camera head, which simplifies the operator’s control of the cameras.

The camera head can be driven with a joystick, wheels or a pan bar system. BR Remote has used its own unique ‘predictive motion smoothing’ algorithm which makes positional control from wheels or PBS as smooth as it is with a joystick.

The Protean head is so quiet it can be placed by the orchestra in a concert and will not be heard. The new model combines zoom and focus with the built-in motion control, which enables a simple route to studio automation, with full Free-D metadata including for the lens.


It can be extended in both height and width to suit many lens and camera configurations and has options for IP or fibre control and fibre output.

BR Remote has added a host of other features including new control protocols and built-in profile moves. 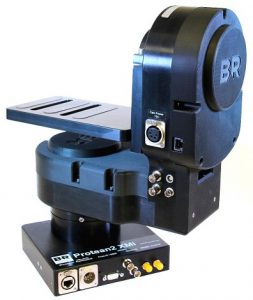